Jesse Lee Peterson is unusual, even for a black conservative. Born and raised in the segregated Deep South, he has nothing but contempt for leftists, feminists, and homosexuals. He is though no Uncle Tom, and justifies his views using rational argument and logic.

It should therefore come as no surprise that he has a target on his back, but the accusations levelled against him recently and apparently not so recently need to be answered, if only with emphatic denials.

Church Militant is a Conservative Catholic organisation, Conservative with a capital C.  On June 17, it released a short documentary about Peterson called Amazing Disgrace. (Amazing! is one of his catchphrases). In 26 or so minutes, Peterson is accused of a large number of, not crimes, but sins. Need we be more specific? They concern men, for the most part younger men. Although he is labelled a predator, there is it must be stressed again, no allegation of actual crime, but that hasn’t prevented him being compared with Father Robert DeLand who received a sentence of 2 to 15 years in prison in April 2019. He was paroled in April last year.

The evidence against DeLand includes covert audio recordings. The evidence against Peterson consists of words. And a curious photograph of him with another man, which may be genuine, but if so the question must be asked who took it, because it certainly looks posed.

One other thing, there was what has been deemed suspicious activity on his Twitter account, a single episode. If these allegations can be proved, they will spell the end of his career. No cries of homophobia will be entertained by those on the right. 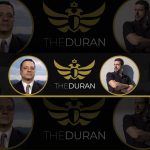