A top Indian official has put Islamabad on notice, saying India’s nuclear-armed neighbor “should be ready to lose Pakistani-occupied Kashmir,” in perhaps the most provocative statement yet since New Delhi’s revoking its own administered Jammu and Kashmir (J&K) historic autonomy on August 5.

“Now, Pakistan-occupied Kashmir (PoK) too is ours … For fulfilling the dream of united India, we are ready to move forward for PoK.”

“Article 370 has been revoked. Now, Pakistan occupied Kashmir (PoK) too is ours. Pakistan should be ready to lose PoK. For fulfilling the dream of united India, we are ready to move forward for PoK… Pakistan should stop supporting terrorism… India will not tolerate this,” he asserted while speaking at a political rally, according to India Today.

And further referencing the 1971 Indo-Pakistani war in which Bangladesh was liberated, the Chief Minister responded to recent statements by Pakistan’s Prime Minister Imran Khan. “Pakistan was boasting of occupying Delhi in 1971 but they were about to lose Karachi. Bangladesh was partitioned. Their Army became our refugees,” he said.

This comes after Pakistan’s foreign minister Shah Mehmood Qureshi warned last week that the situation on the Line of Control (LoC) in the Jammu and Kashmir region continues to deteriorate and risks sparking an “accidental war,” as reported in the Hindustan Times.

Qureshi was speaking on the sidelines of the UN Human Rights Council in Geneva last Wednesday. He told journalists that Pakistan and India “understand the consequences of a conflict”. But he added that “an accidental war” cannot be ruled out. “… If the situation persists … then anything is possible,” he said.

Since the 1947 partition of British India, both countries — now bitter nuclear-armed rivals — have laid claim to Kashmir in full, though a tense status quo has left each with its side of the LoC.

After the Indian revocation of Article 370 to its constitution last month, tens of thousands of additional Indian troops have poured into J&K, putting the restive border region further on edge. 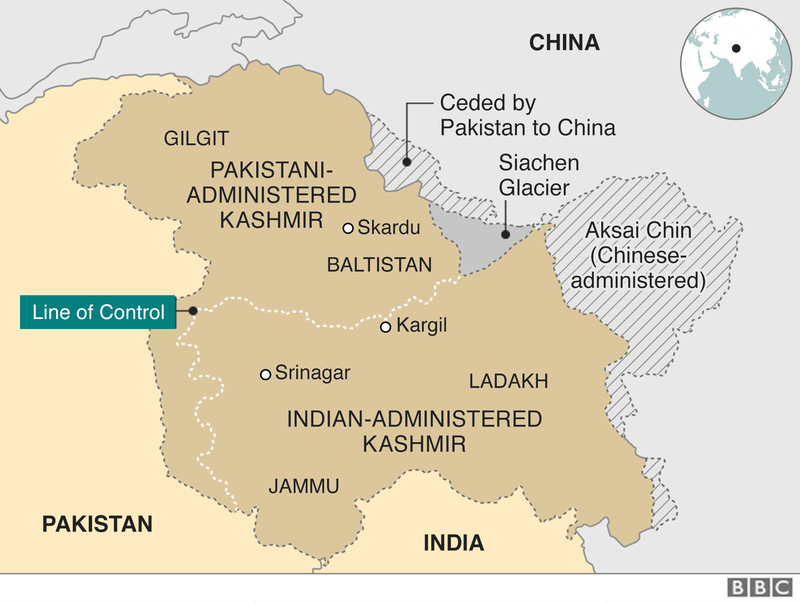 Pakistani officials previously claimed nothing less than an Indian-sponsored “genocide” is being carried out against Kashmiri Muslims on the Indian side of the LoC amid the sweeping security crackdown.

If indeed India is ready to “move forward” to “reclaim” the Pakistani side of the LoC, all-out war would no doubt be inevitable.

Deeply troubling situation which could badly worsen should China choose to intervene directly.

Hatred towards indigenous people is learned. Humans don’t hate naturally unless they are systematically taught to hate others that are different which is what is happening here. Modi is a warmonger intentionally creating hysteria in his country and using Indians as a tool for his political agenda. Kashmir is under Indian military occupation, just as Gaza is under Israeli military occupation. India and Israel are both neo-fascists states that call themselves democracies and are led by neo-fascists who call themselves Prime Ministers. In actuality they are Crime Ministers that promote #StateTerrorisim and brain wash their own people into becoming apartheid… Read more »

You’ll find that Pakistan is the same, if not worse.