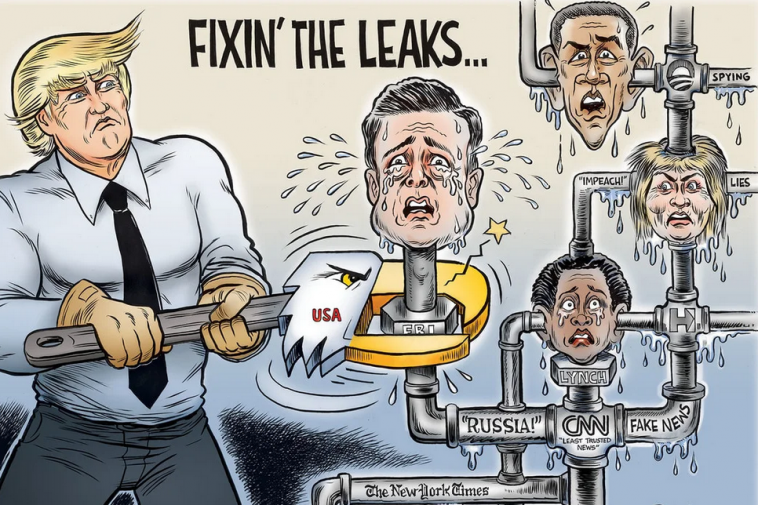 Let us never forget that government is ourselves and not an alien power over us. The ultimate rulers of our democracy are not a President and senators and congressmen and government officials, but the voters of this country.

So the election is over, and the new president is to take his stand against the whole world, while leading the country towards the New World Order and a bright future. Will he manage to do so. My guess is – yes, he will. Every president of the US is a smart person with the strongest power of will possible and great dedication to the country.

Donald Trump – is one of the most discussable people on Planet. His presidential term resulted in an era of the world’s most significant events some were his deeds, some were not, but they definitely left a mark on the social point of view. I’ll get back to it later. The former president did a great job, in my mind. He worked his plan out step by step, and he fulfilled most of his promises to his electorate. And here I’d like to revise his deeds, come up with conclusions and see if there’s anything for us to learn?

As I mentioned earlier, president has to be a responsible, smart and critical thinking person, any other way is a dead end. I don’t know any narrow minded president, do  you? He has to make decisions, every wrong decision might come with a great price. Of course he’s not the only one thinking over this or that, but he is the one who puts in the last and final word.

Trump did very well when facing multiple challenges during his term. The political heat was raising inside the country and regardless of the party one favors it has always been that way. Two political parties debating over something is classic democratically arranged government machine. Thought thrives on conflict, but not in this case. The only thing that thrives among the society is distrust and uncertainty, due to recent events with COVID-19, BLM protests, election and endless debates and misinformation. But the reality is there aren’t many differences between the two parties, they both serve the same goal, and more or less they are the same.

The USA is a country of Banks and consumers, this is the perfect and strong partnership, I would say it’s the core of the America’s way of life, industries try to save money, increase their income by saving on employees and the quality of products. These saving measures lead to rising unemployment among American citizens and cheap labor employment among immigrants, including illegal ones. Donald Trump was a business man in his past life before he became the president, and he surely understood the problem. Unfortunately the majority of business men are against him, the fact that business is closely connected to politics is clear. He did what he had to do to fulfill as much as possible of what he has promised to his electorate. Although people are disappointed. And it’s not Trump, it’s the results of his term. The reasons for such results are not only D. Trump’s inconsistency, that didn’t allow him to implement everything he had in mind, but the actions of the opposition as well.

We can say that Donald Trump is a good president, because of his intentions, and the steps he has taken towards his promises, but that was not enough. Nevertheless the results of the Trump’s administration in the economy are better then the results of any other US President in the past 20 years or so. Most people understand, that the effort has paid off. However, since Trump’s policy does not involve social and structural changes, it might be the reason for small results.

Trump is being accused of racism and right-wing radicalism due to restricting migration in a country created by migrants, sounds a lot like double standards. But this has nothing to do with his moves around political game board. As Jay-Z said in his interview: “Is he a racist, is he not a racist? I’m tellin’ you, [if] you’re having a debate over whether a guy’s a racist, chances are that guy’s a racist.” His load statements over restricting migration were aimed at saving employment among working class, including the coloured population. This issue is very important for American society. Uncontrolled migration resulted in a job loss by people of working class, coloured and white alike. This is a fact that liberal economists try to hide. Migration reduces wages and labour guarantees, the main victims are the representatives of ethnic minorities. Also it’s important to keep in mind that the white establishment does not suffer from immigration in any way, but in fact it only benefits.

I like quoting Noam Chomsky, as he states that Mass Media is a great way of forming a social view. But today I’d like to quote Jack London: “The press of the United States? It is a parasitic growth that battens on the capitalist class. Its function is to serve the established by moulding public opinion, and right well it serves it.” ― The Iron Heel. We are in the middle of informational war, and Donald Trump completely lost it, the fact that he is being attacked from all directions speaks for itself. As he tries to fight off the last line of defence – his tweeter account, but even that was taken control of by the Tweeter administration. That gives us some food for thought – nothing is what it seems, and it’s better to check the facts ourselves, because we live in a truly historical time, and who knows what to expect next?

Originally posted in my blog on: https://searchingthebeautydot.wordpress.com/2020/11/30/is-trump-the-best-president-of-the-united-states/ 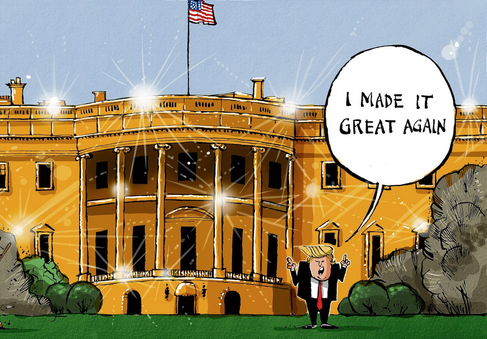 CORRECTION: Donald Trump is not the “former President”. Donald Trump is the President of the United States engaged in fighting the broadest and most vicious electoral fraud in modern history.

Yes, you are right. thank you. Although, it looked like he had no chance

The Manifest Destiny of Low Expectations

“Is Trump The Best President Of The United States?”
Sure he is, just like a broken clock is right twice a day.

LOL . These are just thoughts, don’t kill me over this 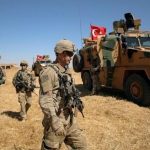