Located near the point where the Atlantic Ocean meets the Mediterranean Sea, close to Morocco, is the Spanish Naval Station Rota that is co-tenanted with the U.S. Navy. The issue for Washington to renew its tenancy that allows the Americans to use the Andalusian military base has arisen.

Although Rota has been a center for American culture in Iberia, the U.S. presence could be shifted to the Alcazarseguir base in nearby Morocco, according to El Español newspaper. The Alcazarseguir base is located directly on the geostrategic Gibraltar Strait. For now, the U.S. has not admitted to the plan to move to the other side of the bay and argued that it has not received any offer from Morocco. However, a shadow of doubt has been cast during negotiations with Spain.

The unprecedented opportunity to move its base from Rota to Morocco was suggested just as a debate on the U.S. presence at the naval base is soon to be held in Madrid on what is an obviously sensitive issue. The 1988 bilateral agreement must be renewed by May 2021. The current balance of power on the political map indicates that reaching an agreement on the deployment of the U.S. army will not be easy.

Spanish dictator Francisco Franco agreed for the U.S. to use the base. In return for consenting, he was given weapons for his army that was devastated during the 1936-1939 Spanish Civil War and after his closest allies, Nazi Germany and Fascist Italy, ceased to exist after being defeated in World War II. During and after the Cold War Era, the base has been one of the most strategic for the U.S. Navy as it can effectively control a major trade route and the only other entry point into the Mediterranean with the exception of the Bosporus-Dardanelle Straits and the Suez Canal.

According to plans by the U.S. Navy, the Aegis destroyer warships will be replaced by more modern ships. In addition, by 2024, two more units will be gradually added to the contingent – a total of 6 ships. This will mean an increase in the number of U.S. troops too, especially with the arrival of a new helicopter fleet. Incidentally, the latter amendment was not included in the bilateral agreement between the U.S. and Spain. This potential influx of more soldiers to Rota creates an incentive for Spain to keep the U.S. Navy in the town as it will mean more U.S. dollars flowing into local businesses.

“The more destroyers at the base, the better for the city,” said Rota Mayor Javi Ruiz Arana, a member of the so-called Socialist Party. “Rota is ready for more troops and a possible expansion [of the base], but we need time and information to make the most of this. Keep in mind that the base takes up a quarter of the commune and should benefit local residents.”

As Rota is an entry point from the Atlantic to the Mediterranean and straddles very closely to the Islamic World via North Africa, U.S. actions in the Middle East/North Africa region creates extra activity in the town. On the political spectrum, few speak out against the base, realizing that it is the main engine of the local economy and employment. This is a trap however. The comfort of hosting American military personnel has meant the economy is not diversified and is mostly targeted towards the foreign soldiers.

However, local anti-war sentiment around the base intensified after a U.S.-led bombing raid of the Shayrat air base in Syria on April 7, 2017 occurred. The bombing raid was a response to an alleged chemical attack on Khan Shaykhun in jihadist-held Idlib province that the West blamed on the Syrian government without evidence. The bombing raid had the participation of a U.S. destroyer based in Rota, prompting the anti-war rhetoric in the town to intensify.

Spanish politician Inmaculada Nieto said “We Spaniards must learn to say ‘enough’. Coexistence with U.S. foreign policy makes us a target, and Trump’s policy backs this up. They justify their interventionism with economic and business benefits, but it is based on a misinterpretation of what the allied countries are.”

The base and the military industry that revolves around it is a lifeline for Rota and its surrounding region that is collapsing due to Spain’s high unemployment rate, caused by an economic crisis that is only exacerbated by the coronavirus pandemic. In March, more than 25,000 newly unemployed people returned to the region as a result of the pandemic.

This creates a dilemma as in the current economic system the base is needed for immediate employment and finances, but there is a strong anti-war sentiment in the town that has existed ever since the base opened for American use. This anti-war sentiment has only increased since the American strikes against Syria. Whether this will be enough for the U.S. to decide to pack up and leave for Morocco, or for the Spanish government to decide to stop leasing the base to the Americans remains to be seen. Pressure is on the Spanish government now to decide between the economy or playing a part in U.S. aggression across the Mediterranean.

Wherever the US military moves, they are not welcome. Get out! Go home! Watch out that the revolving door will not hit your fat ugly bums!

“Although Rota has been a center for American culture in Iberia”

Who needs ‘US American culture” – whatever that strange thing might be – in Iberia? The Spanish need Spanish culture in Iberia, not being colonized by overseas. The ugly American showing his ugly face again!

Isn’t it more an absence of culture?

Crass is the new Cultural Norm
Reply to  Tom Welsh

When Pompeo burps, the world listens.

jean-marie ignatowicz
Reply to  Crass is the new Cultural Norm

Talking about Fat COW ? ( Sorry but no intention to hurt Cows’s feelings) Pompeo has No Credibility, BIG mouth that has not been WASHED for YEARS ! US is in position as a POODLE, BARKING, but no one pay intention ! No more Powers, except in Words, Sanctions, THREATS, Killing Million Innocent Human LIVES ! Trump BLOODY KILLER, must END, ENOUGH of this Most Corrupted POTUS in US history !

I am waiting for the moment the US go home and this day will come, because the US will not be able to afford performing such and aggressive policy.

I so want the US to shut up, get out of every country on Earth and go home! It needs three trillion dollars to repair its crumbling infrastructure so three or four years of empty overseas military bases, no military “interventions”, no funding of terrorist organizations, and no meddling in other countries’ affairs should cover the cost quite nicely. It could also save money by putting the returned soldiers to work on repairing the damage the US has caused to itself. Much more productive than destroying other countries and killing and maiming millions of people. The US has 800+ overseas… Read more »

ABSOLUTE TRUTH ! Trump spend More Money for War MACHINES to KILL MILLION HUMAN, instead of Taking care of US CITIZENS, any Color they Are Humans, and HE Never be ONE ! ROTTEN CREATURE !

This time, it’s to train those barbary pirates and ship them off to Syria, in hopes of keeping Erdogan in NATO.

The Aegis-class destroyers, from the report to be doubled from two to four, are equipped with Standard Missile-3 anti-ballistic missile interceptor missiles. The two destroyers currently assigned to Naval Base Rota regularly enter the Black Sea, often in conjunction with NATO warships, for drills near Russia’s coast. 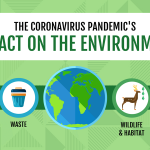 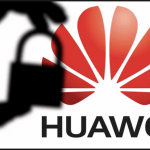