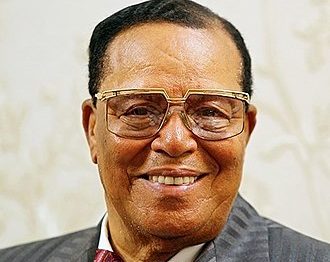 The ongoing hysteria about the supposed white supremacy of Donald Trump supporters was interrupted in spectacular fashion this month when a man, apparently a lone wolf, murdered a police officer in a bizarre attack on the US Capitol. Had he been a Trump supporter or simply white, we would have seen a hullabaloo on the same scale as the so-called insurrection in January, but Noah Green was black, and a supporter of the Nation Of Islam.

Most politically aware people will have heard of the Nation Of Islam, but if your information about the organisation comes only from the mainstream media, it is likely you have been deceived. Its origins have been thoroughly documented, as have its activities under its charismatic leader for over forty years, Louis Farrakhan.

The Nation Of Islam is condemned as a hate group by the Southern Poverty Law Center, and Minister Farrakhan is said to promote a “fundamentally anti-white theology”. This is a bizarre claim indeed for an organisation that is itself overtly anti-white.

Mostly though, Farrakhan is attacked for anti-Semitism, but in reality he is no more anti-Semitic than he is anti-white, though at times, his rhetoric can be fiery, and is easily used against him. To take just one example, in 2018, he was alleged to have called Jews termites, but did he? The short answer is no. Farrakhan is constantly attacked by a certain crypto-Jewish organisation as an anti-Semite, so he repaid them in their own coin calling them – not Jews – termites.

This is a well-worn semantic trick, one that has been used time and time again against Donald Trump, as for example when he is alleged to have called Mexicans rapists. All Mexicans, including Mexican women and 5 year old girls? No! What Trump actually said in connection with illegal immigration was that when Mexico sends us their immigrants, they’re not sending their best, these immigrants are bringing drugs, bringing crime; they’re sending their rapists. He added some are good people, but he was clearly stressing the US needed to control its borders to keep out undesirables. Recent developments under Biden have shown how wise he was.

Likewise with Farrakhan and the Nation Of Islam, Jews and Jewish organisations are not above criticism, and in view of the hysteria about white supremacy and so-called racism churned out by the media, the idea that a black man who speaks his mind on race should be condemned as anti-white is rather ludicrous.

When he isn’t quoted out of context, Farrakhan isn’t anti-Jewish or anti-white, and indeed his severest criticisms have been of his fellow blacks. Does that mean he is anti-black as well? Farrakhan is on record condemning what he called “the glorification of the gun”; clearly he realises blacks have problems in American society that far transcend race.

After the suicide attack of Noah Green, the Nation Of Islam issued a statement condemning what was clearly the work of a disturbed individual. This should be enough, but it isn’t. So why does the media and the establishment hate the Nation Of Islam and its leader in particular? It is because Farrakhan understands the Creature from Jekyll Island; he realises unelected elites manipulate the system, and that these elites pose as friends to blacks while exploiting them.

The NOI is also a separatist organisation, something the media finds offensive. No black separatist is a threat to white America or America in general. Coupled with separatism is the philosophy of self-help, self-reliance, building black businesses and accumulating capital rather than looking to the system for hand outs, be it welfare or the corporate welfare K Street lobbyists have been pushing for decades. No, the Nation Of Islam isn’t a hate group, and neither is its leader a hater.

Farrakhan calls Jews “Termites” and you need to ask such a question?

Either you haven’t read the article or you are a troll.

Banderites call the Donbassers and other dissenters worse and even burn them alive to loud applause, yet American Jews go along with and even promote it so I guess one might say: reap what you sow, dude.

Parasites is a better term, I agree.
Death to the Kahzars. Death to the descendants of Lucifer.

Islam in itself is all about hate, hate of unbelievers and hate of anyone not like them.

You’re referring to the gangrenous limb of Islam that needs urgent surgical remover before it kills the entire organism.

A hate group, you damn right it is. Why else would American blacks want to become Muslims instead of Christian? DUH They were making a statement that they are not one of us and have spent the duration inciting racial issues for the political gains they believe they’ll get by continue their Race Baiting idiocy !

Blacks in America were dealt a mighty blow during the slavery era, there’s no denying that. The fact that a good majority haven’t yet seen fit to pick themselves up by their bootstraps like pretty much every non-traditional white immigrant group has done and prefer to play the racist card for handouts to this day as blame for their ills, after every legal obstacle on the planet has been removed for over half a century now tells me to not give a half a hoot.

What about whites, who’s blood and tears created the NAME for slavery? You think the SLAVIC PEOPLE are BLACK?
Fool.

The way things are going in the US, Farrakhan will be elected president before long.

Yes it is a terrorist hate organization

The Torah is a Talmud for dummies.
The true hate group is the descendants of Lucifer and Eve, and of their child CAIN. We know them as Kahzars. Some mistakenly refer to them as “Jews” and as “Semitic” (they’re neither). These impostors exist to usurp the birthright of the TRUE chosen people of God, the TRUE Israelites we call “Caucasians”, who are a TRUE tribe of Israel.

I’m Caucasian, and what you spewed is ignorance. The ‘true Israelites of God’ are of no particular race, but whomever trusts in the Lord Jesus Christ for their salvation. 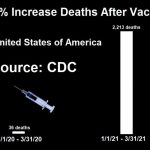 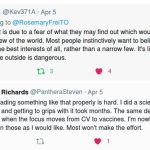