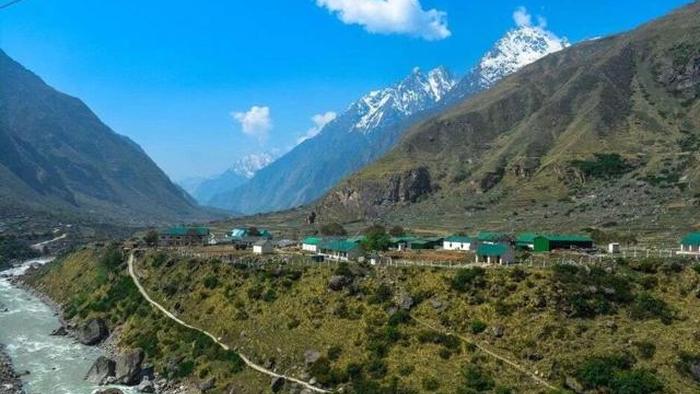 From ZeroHedge BY TYLER DURDEN

Ivermectin, an anti-parasitic drug placed the same radioactive category as Hydroxychloroquine (HCQ) for the treatment of COVID-19, has reemerged as a promising treatment in the battle to extinguish the pandemic.

New York Times best-selling author Michael Capuzzo has called it the “drug that cracked Covid,” writing that there are “hundreds of thousands, actually millions, of people around the world, from Uttar Pradesh in India to Peru to Brazil, who are living and not dying.”

Doctors in India are big fans.

To that end Dr. Justus R. Hope, MD asks in The Desert Review: Is Ivermectin the new Penicillin?

As those Indian States using Ivermectin continue to diverge in cases and deaths from those states that forbid it, the natural experiment illustrates the power of Ivermectin decisively.

Delhi and Uttar Pradesh followed the All India Institute of Medical Sciences (AIIMS) guidance published April 20, 2021, which called for dosing of .2 mg per kg of Ivermectin per body weight for three days. This amounts to 15 mg per day for a 150-pound person or 18 mg per day for a 200-pound individual.

Meanwhile, Tamil Nadu announced on May 14 they were outlawing Ivermectin in favor of the politically correct Remdesivir. As a result, Tamil Nadu’s cases are up in the same time frame from April 20 to May 22 – 10,986 to 35,873 – more than a tripling.

Although Big Pharma and Big Media have scrambled to try, they cannot explain away this natural experiment. As I predicted May 12, they would first argue “the lockdowns worked.” The problem with this is that Tamil Nadu has been on strict lockdown for weeks as their cases have done nothing but climb. So the lockdown did not work.

Their next argument was that “there has been a shift from the highly populated urban areas like Delhi and Mumbai” to the hinterlands, like Tamil Nadu. The big problem is that the adjacent state, Karnataka is just as rural, and its cases are dropping on Ivermectin.

Their final argument lacked any proof. It was essentially an attempt to smear Ivermectin through association with another drug. It attempted to link Hydroxychloroquine (HCQ) with Ivermectin unfairly. While HCQ has become a punchline by the media, scientists like Dr. George Fareed know it is effective against COVID-19 – especially in the early stages.

Dr. Fareed and his associate, Dr. Brian Tyson, have treated some 6,000 patients with nearly 100% success using a combination of HCQ, Ivermectin, Fluvoxamine, and various nutraceuticals, including zinc Vitamin D.

Unfortunately, none of this has made it through the censorship of the mainstream media, and the public has not heard about the 200 plus studies that reflect HCQ’s effectiveness against COVID-19. The fact remains that HCQ has an undeserved negative connotation due to its connection with Trump, which is unfortunately used to tarnish other life-saving repurposed drugs, like Ivermectin. For example, in the recent Forbes article, journalist Ray uses the title, “Is Ivermectin the New Hydroxychloroquine?”

Ray does not make a single substantive argument against Ivermectin; instead, he attempts to defame, debase or degrade it by repeating baseless accusations. For example, Ray cited Merck’s recommendation against Ivermectin as evidence of ineffectiveness, while Merck used no evidence to support their claim. In addition, he cited the FDA’s recommendation against Ivermectin, yet the FDA admits they have not reviewed the data on which to base this conclusion:  “The FDA has not reviewed data to support the use of Ivermectin in COVID-19 patients to treat or prevent COVID-19…”

As we all know, Merck was involved in the development of a competing drug and had 356 million reasons to throw its own cheap, unprofitable Ivermectin under the bus. Furthermore, the US government was likewise involved in a significant financial conflict of interest with Merck.

The story of Ivermectin is more similar to that of Penicillin. Penicillin has saved almost 200 million lives. In addition, three men shared a Nobel Prize in 1945 for its discovery.

Ivermectin’s discoverers won the 2015 Noble Prize in Medicine, and it has proven to be a life-saving drug in parasitic disease, especially in Africa. Over the past four decades, Ivermectin has saved millions from parasites like strongyloidiasis and onchocerciasis – river blindness.

It has already saved tens of thousands from COVID-19 in India in those few locations that use it. It crashed Mexico’s, Slovakia’s, and Zimbabwe’s cases. I remain more convinced than ever that Ivermectin will bring an end to this Pandemic as the word gets out and more people share the book, Ivermectin for the World. A more fitting title to the Forbes piece might be, “Is Ivermectin the New Penicillin?”

Thank you very much for posting JayTe.

There have been several instances where a well established cheap drug has saved lives, most notably Aspirin, originally given for headache and temperature reduction and other minor ailments, but later when properly examined, was found to reduce platelet stickiness. This led to it being prescribed in smaller doses to great effect in persons with cardiac and vascular disease. As I recall nobody EVER complained that giving a cheap well known and used drug to a large number of the population as a preventative for heart attacks and stroke was a problem!! Indeed, Aspirin was and is proclaimed as a “wonder… Read more » 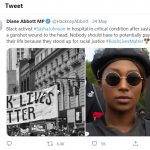