A double-blind Israeli study has concluded that Ivermectin, an inexpensive anti-parasitic widely used since 1981, reduces both the duration and infectiousness of Covid-19, according to the Jerusalem Post.

The study, conducted by Prof. Eli Schwartz, founder of the Center for Travel Medicine and Tropical Disease at Sheba Medical Center in Tel Hashomer, looked at some 89 eligible volunteers over the age of 18 who had tested positive for coronavirus, and were living in state-run Covid-19 hotels. After being divided into two groups, 50% received ivermectin, and 50% received a placebo. Each patient was given the drug for three days in a row, an hour before eating.

83% of participants were symptomatic at recruitment. 13.5% of patients had comorbidities of cardiovascular disease, diabetes, chronic respiratory disease, hypertension or cancer. The median age of the patients was 35, ranging from 20 to 71-years-old.

Treatment was discontinued on the third day, and patients were monitored every two days thereafter. By day six, 72% of those treated with ivermectin tested negative for the virus, vs. 50% of those who received the placebo. Meanwhile, just 13% of ivermectin patients were able to infect others after six days compared to 50% of the placebo group – nearly four times as many.

Three patients in the placebo group were admitted to hospitals for respiratory symptoms, while one ivermectin patient was hospitalized for shortness of breath the day the study began – only to be discharged a day later and “sent back to the hotel in good condition,” according to the study.

“Our study shows first and foremost that ivermectin has antiviral activity,” said Schwartz, adding “It also shows that there is almost a 100% chance that a person will be noninfectious in four to six days, which could lead to shortening isolation time for these people. This could have a huge economic and social impact.”

The study, which appeared on the MedRxiv preprint server and has not yet been peer-reviewed. That said, Schwartz pointed out that similar studies – ‘though not all of them conducted to the same double-blind and placebo standards as his’ – also showed favorable results for the drug.

Ivermectin is incredibly cheap due to its widespread use across the world to treat malaria, scabies, lice and other parasitic infections. In Bangladesh, the cost of ivermectin is around $0.60 to $1.80 for a five-day course, according to the report. In Israel, it costs up to $10 per day.

While Schwartz’s study showed efficacy among those who had already tested positive, it didn’t determine whether ivermectin is an effective prophylactic which could prevent one from contracting Covid-19, nor does it show whether it reduces chances of hospitalization – however Schwartz noted that other studies have shown such evidence.

For example, the study published earlier this year in the American Journal of Therapeutics highlighted that “a review by the Front Line COVID-19 Critical Care Alliance summarized findings from 27 studies on the effects of ivermectin for the prevention and treatment of COVID-19 infection, concluding that ivermectin ‘demonstrates a strong signal of therapeutic efficacy’ against COVID-19.”

As the Post notes, Ivermectin has been actively opposed as a Covid treatment by the World Health Organization, the FDA, and pharmaceutical companies.

The “FDA has not approved ivermectin for use in treating or preventing COVID-19 in humans,” it said.

“Ivermectin tablets are approved at very specific doses for some parasitic worms, and there are topical (on the skin) formulations for head lice and skin conditions like rosacea. Ivermectin is not an antiviral (a drug for treating viruses). Taking large doses of this drug is dangerous and can cause serious harm.”

Mere discussion of the drug has resulted in big-tech censoring or deplatforming thought leaders in collaboration with the Biden administration.

Meanwhile, Merck Co. – which manufactured the drug in the 1980s, has come out big against the use of ivermectin to treat Covid-19. In February, the company’s website read: “Company scientists continue to carefully examine the findings of all available and emerging studies of Ivermectin for the treatment of COVID-19 for evidence of efficacy and safety. It is important to note that, to date, our analysis has identified no scientific basis for a potential therapeutic effect against COVID-19 from pre-clinical studies; no meaningful evidence for clinical activity or clinical efficacy in patients with COVID-19 disease, and a concerning lack of safety data in the majority of studies.”

As the Post points out – Merck has not launched a single study of its own on ivermectin.

“You would think Merck would be happy to hear that ivermectin might be helpful to corona patients and try to study it, but they are most loudly declaring the drug should not be used,” said Schwartz.

“A billion people took it. They gave it to them. It’s a real shame.”

In closing, the research team writes that “Developing new medications can take years; therefore, identifying existing drugs that can be re-purposed against COVID-19 [and] that already have an established safety profile through decades of use could play a critical role in suppressing or even ending the SARS-CoV-2 pandemic.”

“Using re-purposed medications may be especially important because it could take months, possibly years, for much of the world’s population to get vaccinated, particularly among low- to middle-income populations.“

But this is all common-knowledge, and has been so for many years. But the Powers-that-be are keeping this information semi-secret because they do not 1. Lose a lucrative market for big Pharma, and 2. Keep the masses from from knowledge of what’s going on. The 24-hour media cacophony – otherwise known as BS – plays a key part of the disinformation campaign and keeps the average persons in a permanent state of fear and ignorance. The Big Reset is on track, woe betide any inquisitive persons who might have a contrary view.

Reminds me of that book 1984 and how people were kept in constant fear. 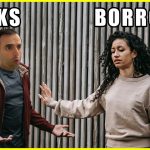