In December 2020, it was reported by chief of Iran’s central bank, Abdolnasser Hemmati, that the United States was stifling Iran’s efforts to purchase coronavirus vaccines through the COVID-19 Vaccines Global Access Facility (COVAX).  This was due to, Hemmati explains, sanctions imposed by the United States against Iran which cause difficulties in money transfers. By that time, Iran already had an official death toll over 50,000 with more than a million reported cases after a particularly devastating third wave. Sanctions imposed by then President Donald Trump also targeted Iran’s central bank, greatly affecting Iran’s access to vital medicine in the last three years.

Even Iran’s attempts to spend its funds blocked in South Korea, a key buyer of Iranian oil prior to sanctions, in order to purchase the vaccine were also denied by the United States. Approximately $7 billion of the country’s reserves in South Korea were frozen.

Fast forward to April of this year and the United States under a new administration had also denied Iran’s access to ten million doses of a coronavirus vaccine by putting pressure on companies involved in vaccine transfers, according to Iranian President Hassan Rouhani. Iran’s endeavors to buy vaccines from India were additionally subdued, preventing responsible measures to combat coronavirus. It was through these unilateral sanctions, for example, that 30 people—including many children— died suffering from an agonizing and rare genetic disease known as epidermolysis bullosa which afflicted about 1,000 Iranians. These casualties were also due to European countries’ refusal to work with Iranian firms on vital medicine, medical equipment, and vaccines. The nation had already been under a severe economic recession brought about by sanctions, where inflation caused even food prices to skyrocket. In spite of these hardships, Iran announced its production of a local coronavirus vaccine in May 2021.

The homegrown ‘Fakhra’ vaccine was named after the late brigadier general and nuclear scientist Mohsen Fakhrizadeh who was assassinated in a November 2020 ambush—reportedly by “a one-ton gun smuggled into Iran in pieces by the Israeli intelligence agency Mossad,” as published by The Jewish Chronicle citing intelligence sources. Developed by Iran’s Defense Ministry’s affiliate—the Research and Innovation Organization formerly headed by Fakhrizadeh— the process of developing this vaccine was performed via isolating the virus from among 35,000 samples of Iranian patients and conducting tests to identify the virus. This technological method is traditionally based on cultivating batches of the virus before killing it. In contrast, Western drug manufacturers are carrying out a newer gene-based approach which targets the spiky outer structure of the coronavirus—a method never before approved for widespread use. All over the country, 17,000 people registered to receive the vaccine in the first phase out of which 3,500 were selected.

Fakhra isn’t the only homemade vaccine in Iran; the first was Coviran Bareket created by researchers in December 2020 and mass-produced in March 2021. Another vaccine developed by the Razi Vaccine and Serum Research Institute—Razi Cov Pars—began clinical trials in February of this year. A fourth domestic vaccine called Osvid-19 made by Osvah Pharmaceutical Company is expected to be available in early September. Head of the COV-Iran Barekat vaccine project Hassan Jalili said Iran is among the 10 world states with the capability to manufacture coronavirus vaccines and seven countries thus far have requested to purchase them.

In addition to domestic vaccines, Iran’s Pasteur Institute jointly manufactured the Soberana-02 vaccine with Cuba’s Finley Vaccine Institute which started its third phase of human trial last month after the first two phases took place in Cuba. The Soberana-02 has few side effects and is one of the most successful vaccines in the world with its quality control having been performed in Iran. This vaccine is estimated to be released for public availability by early June. Unlike Pfizer and Moderna, Soberana 02 does not require deep freezing which is viable for developing countries that lack the equipment necessary to keep the doses frozen.

As far as the Pfizer vaccine in Iran, the Supreme Leader Ayatollah Ali Khamenei banned the Pfizer-Biontech and AstraZeneca-Oxford vaccines produced by the United States and the United Kingdom relatively, viewing them as “completely untrustworthy.” Khamenei goes on to recall Iran’s experience with France’s HIV-contaminated blood throughout the 1980s which evidence revealed the French government knowingly distributed internationally as ample reason for not trusting western coronavirus vaccines. Given how the White House Chief of Staff Mark Meadows reportedly threatened the U.S. Food and Drug Administration chief Stephen Hahn to quickly approve the Pfizer vaccine or face possible resignation (which Hahn later denied), along with Pfizer’s dark history of fraud, bribery, corruption, illegal marketing practices, and wrongful deaths, is this perception really far-fetched? Khamenei’s ban on Pfizer imports to Iran caused a cancellation of donated Pfizer-produced vaccines, confirmed by Iran’s Red Crescent Society.

Most recently in February, Pfizer was accused by UK-based media group, The Bureau of Investigative Journalism (TBIJ) of engaging in “high-level bullying” against at least two Latin American countries in negotiations to obtain COVD-19 vaccines, involving requests for the countries to put sovereign assets as collateral for payments. Upon investigation, the pharmaceutical company’s negotiation tactic caused a months-long delay in attaining a deal in one country and failures to reach agreements with Argentina and Brazil.

“They said that Pfizer had been the most difficult company to work with, and the government felt that they had been bullied and held to ransom by Pfizer – that’s using the officials own words during these negotiations. The official said that Pfizer had this kind of good cop, bad cop negotiating team and the bad cop told them, ‘Why are you only buying this number of doses? People will die because of you, you should buy more.’ And the government felt this was very kind of strange behaviour,”

Pfizer was the first vaccine to be given emergency authorization in the United States and had also been sold extensively throughout Europe. This treatment by Pfizer is probably what also prompted many Latin American governments to turn instead to Russia and China for vaccine accessibility.

Iranian authorities announced Monday both the COV-Iran Barekat and Soberana-02 will be rolling out in the coming days to immunize adult volunteers with an estimated 80-90% efficacy rate. It was projected that all adults in Iran will be inoculated by September and home-made vaccines will enter the market by the end of June.

Meanwhile, even after the assassination of General Qasem Soleimani in January 2020 and global spread of the coronavirus approximately two months later, national security advisors were amplifying pressures on Trump to retaliate against Iran for daring to attack US occupation in Iraq via “Iranian-backed militias.” While Trump did refuse, reasonably citing the coronavirus pandemic, he nevertheless took the opportunity to enforce—you guessed it—even more sanctions. Even a whopping $38 billion for Israel amid economic downturn in the US was quietly passed by the Senate Foreign Relations Committee without debate or discussion among either party, even consideration for more than 22 million unemployed Americans.

This is the same Senate Foreign Relations Committee where Robert Menendez (D-N.J.), chair of the committee, and Sen. Lindsey Graham (R-S.C.) collaborated in an AIPAC-backed effort to pressure President Biden to dismiss diplomacy in favor of routine hawkish approaches to Iran by ditching the Joint Comprehensive Plan of Action (JCPOA) and using sanctioning as leverage to expand concessions on Iran’s regional policy and ballistic missile program.

If the home-made Iranian vaccines hit the market, undoubtedly countries that have already purchased vaccines from China and Russia would be open to also buying from Iran, especially given their so-far assured results of little to no side effects. What could this mean for the war-hungry antagonist of Iran – the United States? Given the extensive list of regime change operations the United States conducted in Latin America alone during the past half century, for example, American influence in the southern hemisphere is unquestionable even amid an ongoing pandemic. Because of current US desires to maintain ‘security interests’ in Latin America as well as isolate Tehran’s economy to the furthest possible extent, Iranian vaccine availability could be stifled by the United States via sanctions. Only time will tell. If the last year has revealed anything, it’s that vaccines have been a useful tool of diplomacy for the implicated nations, allowing international competition to arise between the US against Russia and China demonstrated through Argentina’s debacle with Pfizer which thusly prompted the country to turn instead to Russia’s Sputnik V vaccine.

As the Council on Hemispheric Affairs summarized in their own take:

“Some Latin American countries now feel more independent carrying out their own diplomacy and do not want to be dictated by Washington on whom to align with. Some of these Latin American nations want to open and sustain relations with China, Russia, and Iran; in order to make their voices heard in the global community. It is more difficult for the U.S. to control how Latin American countries go about with their relations with other nations, and the United States simply misunderstands the actual intentions of some of these actors.”

States around the globe witnessed the pandemic’s weaponizing influence in economic performance, authoritarian overreach, and intercontinental alliances. For Iran, as devastating as COVID-19 has been on its people, an opportunity to shake off the war dog of its neighbor is a promising route to cement both its national sovereignty and global economic ties against the waning influence of the American empire.

Here is an article that looks at how Pfizer’s profits are projected to grow thanks to the COVID-19 vaccine rollout:

The response to the pandemic has always been about making Big Pharma wealthier.

It won’t make anything out of me, I won’t take it, they can go screw themselves.

I would think that Iran’s inability to get the toxic so-called vaccines is a good thing, not a bad thing. Call it the blessing of sanctions. 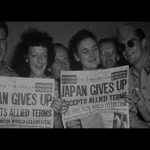 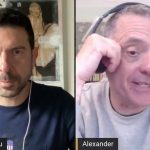