One myth found in American history books is the unconditional surrender of Japan in 1945. Japan never surrendered unconditionally but accepted the terms of the Allies Potsdam Declaration with a stipulation that the Emperor would remain as a symbolic leader. This was agreed to and the government continued after Japan was under control of the Supreme Commander of the Allied Powers, Douglas MacArthur. Japan did not surrender because two atomic bombs were dropped. Evidence suggests that the war was prolonged until the atomic bombs could be dropped.

The Information War in the Pacific, 1945; https://www.cia.gov/library/center-for-the-study-of-intelligence/csi-publications/csi-studies/studies/vol46no3/article07.html

“The Necessity of Dropping A-Bombs on Japan Was Another Evil Deception”; Russ Winter; Winter Watch; May 20, 2019; https://www.winterwatch.net/2019/05/the-neccesity-of-dropping-a-bombs-on-japan-was-another-evil-deception/

The atomic bombs on the civilian populations of Hiroshima and Nagasaki, as well as the other mass bombings of Japanese civilians by Americans were war crimes by any standard. Meyer, as ever, does not mention this. It’s always the American soldiers’ sacrifice that matters to him. The allies were therefore in no position to try Japanese for war crimes. MacArthur was aware of this, hence his back-pedalling regarding these trials. Essentially, he did the absolute minimum to satisfy Washington politicos.

I guess you geniuses missed the whole Battle of Okinawa thingy along with Tarawa, Guadalcanal, Iwo Jima, Guam, Philippines.

You forgot Peleliu, Corregidor, Wake…and a few others. At any rate, empire is a stupid idea in all circumstances. Americans aren’t “exceptional.” Please try to grow up.

It was necessary to show the Soviet Union of our resolve to incinerate citizens if push came to shove. Of course the Japanese were ready to surrender a lot sooner. The attack on Pearl Harbor was also provoked by US military and blockade actions from early in 1941. Sadly, many folks around the world are more aware of the truthful American history than are Americans….but then that is the whole point of the government controlling education now isn’t it?

Indeedy Doody, Mr L. Remarkably rational and sane reply. Let’s hope you and I continue to remain at liberty, unchained by our various governments.

I reject the notion that the war was prolonged merely to do a “live fire test” of the new atomic bomb. The Trinity Test didn’t take place until July 16th, and only then did President Truman feel confident in issuing the famed warning to the Japanese to face or face destruction from the new weapon. It’s interesting that when Truman attempted to be “subtle” about the success test to Stalin (he didn’t have to be with Churchill or with Atlee, who replaced Winston mid-conference at Potsdam), “Uncle Joe” didn’t seem all that plussed, given that he probably knew of it… Read more » 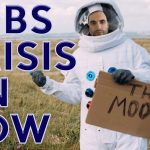 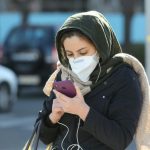