Moscow is under increased restrictions as a new set of lockdowns is gradually rolled out across the city by order of Mayor Sergey Sobyanin. The cause is the Indian strain of COVID-19, which began to make its presence felt in Russia recently, and has now pushed Moscow daily case reports to the highest levels they have yet been since the beginning of the pandemic.

This strain is also known by its Greek numbering as “delta”, which has been making some news lately. It is not the “Indian” virus in the same way as the original strain, now more and more widely referred to as the “Wuhan strain” refers to the origin of the virus. The Delta strain is a mutation, and so far, it appears to be more widely contagious, but no more deadly than the Wuhan strain.

No doubt this is unpleasant news, and an American society hearing about Delta is probably not interested. After all, the country is going gangbusters with living life after the vaccine rollout has combined with the drop of the Wuhan incidences to get US daily reports of new cases at less than 4,000 per day at times now. Nevertheless, there is a problem

In Russia, the reports show that Delta can infect people even if they have been vaccinated against COVID with the Russian Sputnik V or the EpiVac vaccines. It appears that the vaccine has a rather short time limit of effectiveness according to this report from Lenta.ru (translated into English):

In June, Deputy Minister of Health of Russia Oleg Gridnev said that revaccination with Sputnik V should take place at a frequency of once a year or once every two years.

According to the official, the effectiveness of the Russian drug against COVID-19 with repeated vaccinations remains the same.

At the same time, he added that thanks to the increase in industrial production, the domestic vaccine has become more affordable.

In turn, Deputy Prime Minister Tatyana Golikova then called on the Russians to revaccinate six months after vaccination. “It is important to make a decision on revaccination if six months have passed,” she said.

You see, according to the current body of knowledge, the “vaccine” provides a temporary defense of antibodies against COVID, but unlike our usual retinue of vaccines, there appears to be a very short time limit against this virus at the present moment.

This characteristic is new, probably, to us all. How many people cannot even remember the last time they received a vaccine against something? The idea of “being vaccinated” usually is taken to mean long, even lifelong, protection against many diseases far more deadly than COVID.

However, in all fairness, this does have somewhat of an analogue in the “yearly flu shot” that many people get all over the world for new mutations of influenza. Since the coronavirus is a variation of this same form of infectious agent, perhaps we are facing a “new normal” in terms of needing some sort of periodic “flu shot” type regime against COVID-19 and its mutations.

It is certainly true that the virus has revealed itself as both hardy and endemic, and if it is indeed the virus developed in gain-of-function research, it would appear to have been a successful project: the creation of a chimeric virus with self-mutating abilities, and with no ability to stop.

Eventually one would expect such a virus to go the way of many an infectious agent – to become gradually “embedded” in the ecosystem. This happened with influenza, whose existence before the Spanish influenza outbreak in 1918 appears to have been widely periodic and occasional. Now, a disease that killed hundreds of millions of people is usually little more than a minor irritant and a couple days of bedrest, but that often reliably once a year.

Is this what is coming to us with COVID? Perhaps.

But it is also likely that the initial surge in vaccine development caused by Operation Warp Speed in the US and similar programs in Russia and other countries at the beginning of the COVID-19 pandemic will continue and both vaccines and treatments will become more refined, more safe, and much more “ordinary.”

At present the current crop of vaccines are accompanied by ethical and physiological problems:

If we are to deal with COVID-19 or any pandemic responsibly, it appears that messaging is one of the biggest things that must be sorted out.

I personally used Russian news pieces as reference sources in this piece for one of the best reasons of all: in Russia, the response of the people has been termed “nihilistic”, which is a funny translation for what is actually happening:

What is actually happening is that most of the Russian people do not wish to receive COVID-19 vaccine, and the government has not been pushing it on a national scale. To date, perhaps 10 percent of the population of Moscow has received the vaccine, and although it is available widely and without charge, most people choose to NOT take it. The political churn surrounding COVID-19 in the United States does not exist in Russia, so the presumption here is that news concerning the disease and treatment options may be much more reliable than the latest edicts from not-so-saint Dr. Fauci in the US. The Russian people do not care who he is, and many of them may not even know. It is that different.

The attitude here is “life goes on” and it is pretty stable. No riots, no panic, no burning cars, no race violence… we could go on. The issues with the vaccine and the news messaging about it are much the same as in the US – that is to say, poor, particularly among Church authorities, but that is also an easier problem to fix in Russia, should the Church authorities decide to do so. The same thing goes for the government.

You guys are so fucking evil. Good Lord. 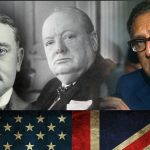 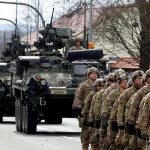