Donald Trump may have become a pariah in his own country as far as those in power are now concerned, but in much of the rest of the world he is a hero. This report by an Indian commentator is typical. Trump is seen as a visionary who was building bridges between the two Koreas and other estranged nations.

Another report by the same channel praises Indian leader Modi for putting Twitter in its place. Modi recognises Twitter and other elements of Big Tech as enemies not only of the American nation but of India, and indeed of all nations.

Another major Indian media outlet poured scorn on Joe Biden’s rhetoric. The Gravitas programme on World Is One pointed out that Biden had ignored India in his latest pronouncements, suggesting he was more interested in working with China. Or as has become increasingly apparent to American observers, working for China.

For those who still don’t get it, this recent article by Lee Smith sets out the disturbing scenario. In September 2000, the US Senate voted to give China permanent most favoured nation status. This was part of a long process, one which it was hoped would lead to political reforms after the death of Mao in 1976, reforms that would lead China back into the family of free and democratic nations. This appears to have worked after a fashion for many years, certainly China’s leaders have made great efforts to lift their masses out of poverty, but this has come with strings attached. While China can no longer be said to be a communist nation (except in name), it has become increasingly authoritarian, and that authoritarianism has been exported to the United States where the Democratic Party and mainstream media have been embracing it willingly.

While this is extremely bad for the United States, it isn’t good for other countries either. For one thing, tensions have been rising steadily between China and India. If Trump had still been in the White House, he would almost certainly have been able to mediate. Biden on the other hand hasn’t got a clue; the very least we can expect is for the US to do nothing to ease tensions between the two giants, something that bodes ill for us all as China continues its march towards world supremacy, aided and abetted by the real traitors within.

For those seeking information from UK independent media:

Biden just hasn’t got the intelligence or character to understand the real dynamics of world politics and so is led by the nose to do the bidding of our most implacable enemies.

Unfortunately, unless the world Affronts The Globalists Technocrat Oligarchy Maoists , we will see the pilage of Small nations turned into banana republics And the world mass population reduced by design with the rest herded into Smart Cities of Slavelandia controlled with AI Technology and Robots ! Covid 19/84 is Here and is the Catalist of the Davos Great Reset and World Governance of a New World Order with the Slogans of Climate Change and Sustainability of the United Nations Agenda 2030 Putin has warned in the Latest Davos Meeting that the Policy of Certain Super powers will Draw the… Read more »

What has Mao to do with “Globalists Technocrat Oligarchy”?Actualy what have al the cathegoriest to do with each other? 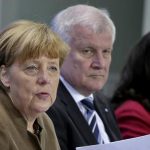