I wrote a letter to President Trump two days ago, expressing my gratitude for everything he did and tried to do for the United States during his amazing term in office. I particularly wrote about the frustration I felt with the direction the US was heading in back in 2015 when I bought a one-way ticket to Moscow to see what might happen.

At that time, Barack Obama was president, the most anti-Christian leader in the history of the United States (though that record may fall in eleven days or so) and homosexual “marriage” had just been rendered a “constitutional” right, by the dark magic of an actively secularist Supreme Court. While my express reason for going to Russia was not because of this, it did not make a good case for the United States being a good place for me to establish a family and raise children.

President Trump was elected much by surprise in 2016, and his term in office was the most hopeful experience of my life with regards to my attitude towards the US and her overall worldview. However, I always sensed that this was God’s last mercy for America, one final chance for her to repent and not to have to repeat the pattern that Russia went through, along with many other nations around the world.

As of January 9th, 2021, it does seem that America did not get the hint enough to correct herself. Perhaps I am wrong, and this is a very harsh view. But with people afraid to go to Church services, and governments barring attendance at such services, whilst allowing and condoning business at the local pot shops, with hierarchs of the ancient Christian communions acting like utter wimps before the fear of a disease that is but three or four times as deadly as the common influenza, with people divided into increasingly angry factions one against another, it does not appear that enough of us got the message, or we would have been able to rout the globalists’ attempt to remove President Trump from office. They succeeded by well-coordinated ballot-stuffing on two occasions – November 3, and January 5.

The media and a lot of my detractors will be very quick to say I have no proof of such a claim. They would be 50% correct. I do not have proof that this took place during the Georgia runoffs, but I can say that I watched the same exact pattern unfold through the media as the election drew near.

It is likely that between now and say, three years from now, the truth will come out that, yes, this election indeed was rigged. However, the revelation will not be played towards restoring an honest republican rule. It will be played towards a dissolution of the Constitutional framework we have in place on paper at least, to be replaced by something straight out of Orwellian nightmares.

This speculation is simply based on the trajectory that is already in place.

The United States of America is the longest-lasting constitutional republic in history. Its present form of governance, on paper at least, makes the United States the oldest country in the world and its first Constitutional republic. The strict constitutionalists which form the majority of the US Supreme Court were President Trump’s attempt to extend the life of the Republic by shoring up its foundations. It was a noble and brilliant attempt, extending through hundreds of Federal courts as well all across the country.

However, that very Constitutionalist Supreme Court would not hear a single case regarding visibly proven and widespread election fraud, even with five or six conservative Justices in place. Why is this?

The answer lies in a very ancient text:

Put not your trust in princes, nor in the son of man, in whom there is no help. His breath goeth forth, he returneth to his earth; in that very day his thoughts perish. Happy is he that hath the God of Jacob for his help, whose hope is in the Lord his God;…” (Psalm 145: 3-5)

Even our founders, as great as they are, only derived their document’s longevity from the adherence of the American people through most of the United States’ life to the Christian faith in some form or another.

Here, of course, some Orthodox Christians may howl that heterodox Christians, such as Roman Catholics and Protestants, do not have the true faith, therefore God utterly rejects them. This is not true. God loves everybody, and anyone who honestly seeks Him, finds Him, because He reveals Himself to that person. It must be understood that the driving force behind Protestantism over at least 150 years of our history was a wish to more purely understand how Christianity works. It did certainly lack trust in Tradition, but this is understandable when one examines the history of the Reformation. The fact remains that most of the people really wanted God, and God helped them where they stood.

But since the 1960s or so, and with increasing speed in the last two or three decades, the guiding thought in Christianity is how to make it more “user friendly” and how to get it to demand less and less of its followers, to the point that now it is probably possible to do anything you want and have it sanctioned by some “church” somewhere that claims it represents Jesus Christ in truth. We have become obsessed with cheating the system to get our way; and not about repentance and salvation. We have even come to view “freedom” and “liberty” more like “anarchy” and “libertine” in terms of how we live. Our fantastic technological progress helped deceive us into thinking this was okay, as our nation entered this phase at its peak of luxury.

The reason our nation is failing is not because of a defect in the documents pertaining to its founding, nor is it “a nation of laws” a failure. The reason why we are losing the country is because we ourselves have rejected the way of life in which the Constitution can actually function. When the Christian worldview was “look after the salvation of your soul and try to be right with God”, we acted accordingly and the Constitution was a brilliant document encoding this way of life in a non-sectarian form, but one which depended on the already present desire to be saved that was in most of our citizens.

Now, it is not that way anymore, is it? Ask yourself. I know it is true for me, and I am a churchman – yet I see all manner or ways in which I pursue luxury and yum-yums more than worry about my soul. We have a hard road to get back to basics.

This is a long introduction, but I had to do it to set the table for the main thought:

President Trump represented a chance for us to regain our proper perspective if we so desired. By upholding God wherever possible, by acknowledging that who we are and our liberty comes only from Him, he was trying to set this right.

A great many Americans recognize this.

You would not think so by reading any mainstream news. For example, a newspiece printed in the Hindustan Times (I read this knowing that India is very supportive of President Trump), read no differently than Fox or CNN at home: Trump, to them, incited the riots on January 6th (he didn’t), he caused Ashli Babbitt to get shot (he didn’t), and that the move of the government may, and ought to be, to impeach and remove the President, even though he is leaving in eleven days.

All the media is full of this. But yet:

Rasmussen Reports noted a surprising statistic. President Trump’s approval rating increased since the Capitol incident, and the president still holds a 48% approval rating, which is fairly high. From NewsMax:

The Rasmussen poll, one of the most accurate polls of the 2020 election, finds President Trump’s approval is actually rising after Wednesday‘s protests.

As Democrats move to impeachment and some establishment  Republicans call for the 25th Amendment to remove Trump, the poll finds 48% approve of the President’s job performance.

A source close to the polling firm tells Newsmax that the rolling survey saw Trump’s approval soar to 51% on Thursday night.

Trump’s approval has been up overall, jumping from 45% just before Christmas.

“Americans are disgusted that cities burned for months and Washington and the media did nothing,” our source says, “But they still like Trump.”

Does that explain how you feel, Dear Reader? I found it heartening.

The media, to read it and listen to it, is out to eradicate the President and all of us who love him and agree with him. But, there are at least 74 million individuals and families in the United States that feel and think as you and I do. There are probably going to be even more once the Biden / globalist game reveals itself. The only hope the secularists have of succeeding is a slow pace of change, but they are presently calling for the President’s political head. That is not slowness – maybe we should not broach this thought in print, lest they read it and get wise.

This secret is probably safe – very few people read my news and opinion pieces, anyway. But… things have a way of getting around. Kind of like this:

When the powers controlling the government of the US try to dissolve her, hopefully we will be ready to truly make our stand. Hopefully, Donald Trump will live long enough to see his vindication in person. He certainly deserves this after all he has done for us – for all of us – even for those who do not like him.

Some people remain so sure and confident:

Trump, pardon Assange and Snowden today, while you still can save journalism from the terrors of the totalitarians.

Amazing piece. Just when the despair was starting to get to me… It made me feel less alone. It’s nice to know there are other people, probably many, that feel the same way we feel. I stand with you and appreciate everything you have said. 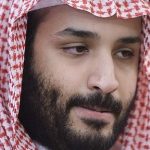 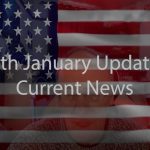