“I should not misuse this opportunity to give you a lecture about, say, logic. I call this a misuse, for to explain a scientific matter to you it would need a course of lectures and not an hour’s paper. Another alternative would have been to give you what’s called a popular scientific lecture, that is a lecture intended to make you believe that you understand a thing which actually you don’t understand, and to gratify what I believe to be one of the lowest desires of modern people, namely the superficial curiosity about the latest discoveries of science. I rejected these alternatives.”Ludwig Wittgenstein, A Lecture on Ethics

If you’re reading this, then you’ve probably been called a conspiracy theorist. Also you’ve been derided and shamed for questioning the “science” of the Covid debacle.

The idea of science is now a badly corrupted idea. In a nation, today, (the USA) which in educational terms ranks 25th globally in science skills and reading, and well below that in math; all one hears is a clarion call to science. In reading skills the US placed below Malta, Portugal, and right about the same as Kazakhstan.

But in a nation that no longer reads, and *can* no longer read, it is not surprising that knowledge is absorbed via the new hieroglyphics of gifs (interestingly the creator of gifs wanted it pronounced with a soft g the more to sound like a peanut butter brand) and memes.

So-called ‘response memes’ are the new version of conversation, and most register and communicate (sic) confusion. As beer ad marketers know, the state of your brain after consuming a six pack is pretty much the standard target ideal for advertising. And it relays a message that six pack confusion is actually a good and perhaps even sexy state in which to find oneself.

Education is for those with money, those who can afford the proper foundational skills to get into Harvard, MIT, Cal Tech and the Stanford. For everyone else science is Star Trek.

But I digress. The point is that most Americans imagine that they revere science, and they ridicule anyone they think of as unscientific. But they think of it in cult terms, really. Its a religion of sorts. The only people who don’t are those ‘real’ religious zealots, Dominionist and Charismatic Christians (like Mike Pompeo, Mike Pence, Rick Perry, Betsy DeVos et al) who hold positions of enormous power in the US government under the least scientific president in history.

The problem is, science is not neutral, its as politicized as media and news and the pronouncements of celebrities.

In May 2020, The Lancet published an article revisiting the 1957 and 1968 Influenza pandemics.

The 1957 outbreak was not caused by a coronavirus—the first human coronavirus would not be discovered until 1965—but by an influenza virus. However, in 1957, no one could be sure that the virus that had been isolated in Hong Kong was a new pandemic strain or simply a descendant of the previous 1918–19 pandemic influenza virus.

The result was that as the UK’s weekly death count mounted, peaking at about 600 in the week ending Oct 17, 1957, there were few hysterical tabloid newspaper headlines and no calls for social distancing. Instead, the news cycle was dominated by the Soviet Union’s launch of Sputnik and the aftermath of the fire at the Windscale nuclear reactor in the UK.

By the time this influenza pandemic — known colloquially at the time as “Asian flu” — had concluded the following April, an estimated 20 000 people in the UK and 80 000 citizens in the USA were dead. Worldwide, the pandemic, sparked by a new H2N2 influenza subtype, would result in more than 1 million deaths.

To date, Covid 19 has not reached the million death marker in the US And yet we are seeing the most draconian lockdowns in modern history, the total suspension of democratic process and a level of hysteria (especially in the U.S. and UK) unprecedented. I wrote about some aspects of this on my blog here, mostly touching on the cultural effects

Allow me to quote The Lancet again.

The subsequent 1968 influenza pandemic — or “Hong Kong flu” or “Mao flu” as some western tabloids dubbed it — would have an even more dramatic impact, killing more than 30 000 individuals in the UK and 100 000 people in the USA, with half the deaths among individuals younger than 65 years — the reverse of COVID-19 deaths in the current pandemic.

Yet, while at the height of the outbreak in December, 1968, The New York Times described the pandemic as “one of the worst in the nation’s history”, there were few school closures and businesses, for the most, continued to operate as normal.

I remember the 68 Hong Kong flu. I was in my last year of high school. The summer after was Woodstock, the ‘summer of love’. Not a lot of social distancing going on. But we are past numbers and statistics having any real meaning. The Covid narrative is now in the realm of allegory.

The media perspective is utterly predictable. Liberal outlets that have the inside track to government are seen to be reinforcing the mainstream story (VOX, Slate, Huff Post, The Guardian and Washington Post). In a recent VOX article the message was only a sociopath would NOT wear a mask and that the ‘science’ was unanimous.

Of course its no such thing. But the message of sites like VOX, or Daily Beast, or Wa Po or the truly reprehensible Guardian, are always going to be to hammer away ‘on message’. The same is true for what passes for moderate news organs like the NY Times, ABC News, The Hill, and BBC. There has been virtually no dissenting opinions expressed in these rags.

All these news outlets are given clear messages by the spin doctors in government, by the White House, and by contacts within the State Department and Pentagon. And by the advertising firms employed by the state (such as Ruder Finn).

“Ad agencies are not in the business of doing science.”Dr. Arnold S. Relman (Madison Ave. Has Growing Role In the Business of Drug Research, NY Times 2002)

The WHO, the CDC, and most every other NGO or government agency of any size hires advertising firms. The WHO, which is tied to the United Nations, is a reasonably sinister organization, actually.

Just picking up a random publication from the WHO, on what they call ‘the tobacco epidemic’ and you find on page 33 the following chapter heading “Objective: Effective surveillance, monitoring and evaluation systems in place to monitor tobacco use.”

Reading further and all this is really saying is that the populace of any country is best put under surveillance. It’s for their own good, you see.

But back to the science. Here is a small trip down memory lane…

Institutions of medicine, global and national possess no more integrity than your average NGO (Amnesty International, Médecins Sans Frontières, Oxfam et al). And that means not very much…

It’s a label, applied by the terminally lazy or corrupt, to those who kick up a stink & who ask awkward questions when they get a gut feeling they’re being lied to.

I’m proud to do this. Always have. Always will. Conspiracies happen. They’re an older activity than prostitution. 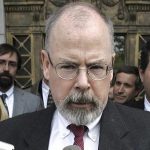 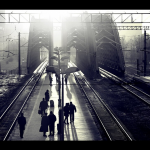