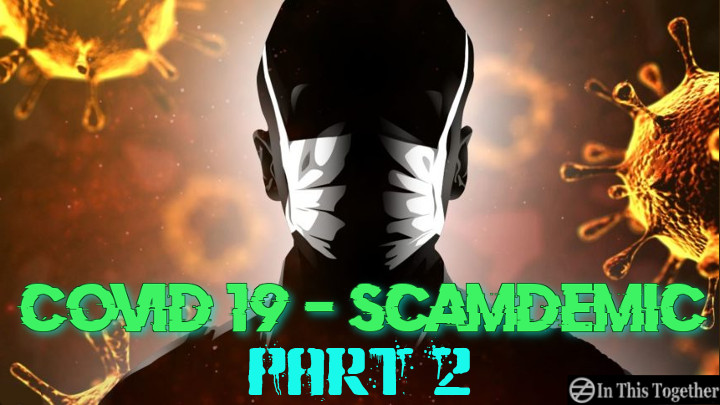 [Disclaimer: I am not medically qualified and this article is in no way intended as medical advice. If you feel ill you should seek a professional medical opinion.]

In Part 1 we defined the UK State and looked at the driving forces behind its lockdown response to the World Health Organisation’s (WHO’s) declared COVID 19 “global” pandemic. Please read Part 1 first to appreciate the context of this article.

It appears that COVID 19 has been exploited to bring about a new global economic, social, cultural and political paradigm. Encapsulated as the Great Reset, this affords a technocratic parasite class, often wrongly referred to as the elite, centralised global control of all resources, including all human resources.

Though influential, the UK State is just one national component of this global agenda. In order to prepare us for global technocracy, which will be a dictatorship, we need to become more accustomed to obeying orders without question. Consequently the Lockdown response has been characterised by conflicting, ever shifting advice, both to condition people to arbitrary diktat and psychologically unbalance the public to better facilitate behaviour change.

We will cover a lot of ground in this article and I should warn you, it does not make comfortable reading. But please, if you have the time, grab yourself a coffee and we’ll discuss these important issues.

The WEF using COVID 19 for their Great Reset

Population wide behaviour change techniques were promoted in the UK Cabinet Office’s 2010 document Mindspace: Influencing Behaviour Through Public Policy. Behaviour change (modification) has been widely adopted by the UK State as a means of controlling the populace.

So successful was the subsequent “nudge unit” that the UK State later privatised it, forming the Behavioural Insights Team. This enabled them to make a profit by selling their behaviour change expertise to other States, similarly seeking to control their own people.

“Approaches based on ‘changing contexts’ – the environment within which we make decisions and respond to cues – have the potential to bring about significant changes in behaviour…….Our behaviour is greatly influenced by what our attention is drawn to…..People are more likely to register stimuli that are novel (messages in flashing lights), accessible (items on sale next to checkouts) and simple (a snappy slogan)……We find losses more salient than gains, we react differently when identical information is framed in terms of one or the other (as a 20% chance of survival or an 80% chance of death)……This shifts the focus of attention away from facts and information, and towards altering the context within which people act….Behavioural approaches embody a line of thinking that moves from the idea of an autonomous individual, making rational decisions, to a ‘situated’ decision-maker, much of whose behaviour is automatic and influenced by their ‘choice environment’. This raises the question: who decides on this choice environment?”

In response to the novel coronavirus, the UK State has defined our choice environment. It is the environment that best suits its policy objectives. One created by exploiting the COVID 19 pandemic in order to prepare all of us for the Great Reset.

This behavioural change approach avoids the need to make convincing arguments with facts and information. This could risk potential challenge. Evidence based debate is not welcome, and not part of behaviour change.

Better to target the population with fear inducing propaganda, censor any dissent, and frame public opinion within an altered context. Thus moving the people away from being autonomous individuals, who make rational decisions, towards situated decision makers controlled by their choice environment.

With the real risks of COVID 19 well known, on March 19th 2020, just over a week after the WHO’s declaration of a global pandemic, both Public Health England (PHE) and the UK government Advisory Committee on Dangerous Pathogens (ACDP) agreed that COVID 19 was not a High Consequence Infectious Disease (HCID.) They downgraded it due to low overall mortality rates.

The UK State knew that COVID 19 was unlikely to kill sufficient numbers to justify the massive re-engineering of society and economic destruction required to bring about the Great Reset. Therefore, it resorted to coercion, statistical manipulation and propaganda to convince the people be terrified of the relatively low level COVID 19 risks.

With the support of the ever obedient mainstream media (MSM,) who have been directly funded by the UK government throughout the crisis, the UK State turned to its behavioural change experts. They included the Scientific Pandemic Influenza group on Behaviour (SPI-B for short.)

Spi-B’s role, during the crisis, has been to advise the State how to use behavioural change techniques to convince the people to obey its orders without question. Three days after COVID 19 was downgraded from an HCID, Spi-B recommended the following:

Spi-B don’t believe that anyone who disagrees, and subsequently refuses to comply, with the UK State’s tranche of Lockdown policies, has any legitimate concerns. Rather they call them complacent.

To ensure that resulting non compliance doesn’t take hold, those who do stand against the tyranny of the common interest, are to be marginalised by subjecting them to the social disapproval of the terrified majority. Spi-B recommended:

“Guidance now needs to be reformulated to be behaviourally specific……The perceived level of personal threat needs to be increased among those who are complacent, using hard-hitting emotional messaging……Messaging needs to emphasise and explain the duty to protect others….Consideration should be given to use of social disapproval.”

Readers seeking up to date information may want to visit:

Mark Devlin has done extensive research in the UK: 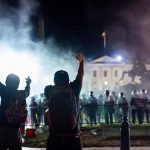