The lunatics of the global warming/climate change brigade aside, the West and indeed the entire world is going to have to wean itself off fossil fuels at some point. Opponents of this powerful lobby, especially conservatives, ridicule their claims that alternatives such as wind and wave power are viable, claiming they are actually more expensive, if not worse for the environment. What though of solar power?

Again, the tendency is to ridicule this as expensive and ineffective. This short debunking video about wind and solar power by PragerU has run up nearly three and a half million views. Others claim we would have to cover half the countryside with solar panels to supply enough energy for a fraction of our great cities. But do these claims ring true?

Britain’s first fully solar powered house was completed in 2015. Called appropriately Solar House, take a gander at it here. Even more impressive, the first solar powered aircraft to fly around the world did so in 2015-6. Okay, this is an ultra-light plane, and it will be decades if ever before the technology is sufficiently advanced to transport passengers even a few miles, but consider this, technology has been increasing exponentially, and at the same time its cost has been plunging. Today, a good quality 256Gb memory stick will set you back less than £30. (Good quality means one not purchased  through Amazon). If you are under about 40, you may find the following statement difficult to believe, but it is true nevertheless.

On June 9, 1989, an advertisement for a Tandon computer in the London Times offered  a state of the art machine with a 20Mb hard disk for £999. For just another £100, the reader could purchase a machine with a 40Mb hard disk. No, that isn’t a misprint, in 1989 a machine a lower middle class person might have bought for home use would have set you back a grand or more and given you 40Mb of hard disk space. Microsoft Office takes up around 2Gb. In 1990, the now long defunct floppy disk would hold 1.44Mb of data and set you back around £1. Compare that with the aforementioned 256Gb memory stick.

The price of computing has fallen so much due primarily to investment. Now imagine investment on the same scale in solar power, developing new, long life cells that capture and convert more energy that we currently think possible. Inexpensive solar power that will enable us to do away with coal, oil and gas as far as generating electricity is concerned isn’t a pipe dream. Rather than build back better, we need to build forward and new.

Elon Musk gave an interesting presentation about the potential of Solar energy which kind of quelled the myth that we would be living in a solar panel jungle if they were adopted as a primary energy source. I believe Musk will succeed in disrupting the PV generation market with his idea of solar tiles integrated into the roof of a given property negating the eyesore aspect of panel arrays. At the moment the solar roof concept is a pretty expensive outlay even by solar panel standards but to me the generation aspect of a solar “solution” is not the obstacle… Read more » 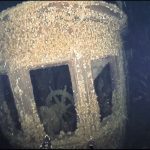