COP26, the 26th U.N. Climate Change Conference, measured its achievements according to the aspirations that were established by the 2015 Paris Climate Agreement, which was planned to be only a PR tool to fool the public into believing that the developed world’s leaders are serious about climate-change. U.S. President Barack Obama had demanded that there be no penalties in that Agreement, and therefore the existing advanced industrial economies, which have produced almost all of the greenhouse gases that are already in our atmosphere, would be throwing stones of criticism, from their glass houses, aimed against the developing countries, by criticizing the latter (the poorer countries) for trying to catch up to them in per-capita GDP, in an era when for those developing countries to do that (and burn fossil fuels such as America had done) would doom this planet.

As the Washington Post has pointed out, “The world has just 11 years of burning carbon at the current rate if humanity hopes to have a chance of avoiding catastrophic climate change.”

All of the talk about “green technology” being able to save the planet assumes time-lines vastly lengthier than just 11 years. Anyone who brings more children into the world now is merely amplifying the amount of human misery in a dying world; and other species are already dying-off in rapidly escalating numbers of species, already vastly accelerating numbers of them. “The rapid loss of species we are seeing today is estimated by experts to be between 1,000 and 10,000 times higher than the ‘background’ or expected natural extinction rate (a highly conservative estimate).”

This did not need to be happening. The entire ‘environmental’ movement has been corralled and controlled by money from the investors in fossil-fuels-extraction firms such as ExxonMobil, so as to extend as long as possible the success fo those investments. They are slow-walking the planet to death. Those people know that the only way to defeat global warming would be to outlaw purchases of stocks and bonds in those firms — it would quickly drive down the market-values of those firms, the value of the investments that those individuals own. Those firms would then lay off their teams of employees who search for yet additional fossil-fuels reserves to add still further to their already existing vastly excessive fossil-fuel reserves. Even so, the existing supplies are already far more than enough to destroy all life on earth if they are extracted, sold, and burned.

Those investors have kept their gravy-train speeding toward a planetary end that will come only after they have died. If they don’t care about the world that will exist after their own deaths, then they are pursuing exactly the policies that will serve their priorities.

The only people who will lose by outlawing purchases of stocks and bonds of fossil-fuel-extraction firms are those investors, but all other people — and all animal-species — will enormously benefit from such a policy. If outlawing purchases of those stocks and bonds were to start today, even in only a single major country, it probably still wouldn’t be soon enough to salvage this planet, but it might be enough, and the existing, fake-environmental, policies, certainly are not, and cannot even possibly be, able to salvage the planet. It’s definitely worth a try, since it’s the only way that our planet might even possibly be saved. However, its having been held off so long a time already is an indication that the political systems are phenomenally corrupt; and, so, this policy is not likely to be even tried soon enough to avert our planet’s becoming unlivable, like Mars. But a chance is better than no chance at all. Only corruption prevents it from being tried.

The Black Nobility TheGreatReset fell apart. China and Russia not on board killed Klaus Schwab’s nightmare scenario. The Black Nobility will take us to war. Read, Australia will not come to Taiwan’s rescue and Washington intends to send US troops to Ukraine.

Just a two week free holiday with all the trimmings for the elites. Then back home in their private planes to sponge off the tax payers. Nice work if you can get it. 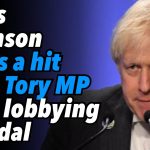 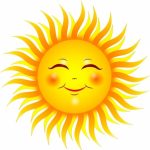