On May 6, local elections will be held in Greater London, including for the position of Mayor. There are two versions of the electoral register; one can be found in local libraries and on-line; the other is held at the town hall and includes those citizens who have opted out of the open register. There used to be only one electoral register, but people complained companies were using it for mailshots.

If you are registered to vote, you should have or soon be receiving a card through the door addressed to you personally. To vote, take this card along to your local polling station with some identification between 7am and 10pm. The polling station may be a church hall or similar. Your details and  ID will be checked, then you vote. What could be simpler?

In England, any citizen over the age of eighteen may vote; there are no restrictions on felons and the like. Some people do vote by post, but by and large, people vote in person. Although electoral fraud isn’t unknown, the little there is, is confined to local elections.  Contrast this with what happened in the United States last November, and what the Democrats are attempting to impose now.

Did Joe Biden really beat Donald Trump? Did he Hell! Those who voted Democrat didn’t vote for Biden, they voted against Trump. The election was rigged in a number of ways by the media, and by duplicity in other places. The conspirators behind this fraud have since confessed (or rather boasted) about everything except how the voting machines were rigged, but in time, they will probably admit that too, albeit using flowery semantics and dishonest rhetoric. Other aspects of the fraud were visible; on one occasion, Trump votes were dumped in a ditch. CCTV caught fraud in the polling stations, but the FBI under the corrupt Christopher Wray carried out no meaningful investigations. The Supreme Court showed supreme cowardice, refusing even to consider hearing any of the cases brought.

The United States is now all but a dictatorship of the super-rich and their allies. If the current proposed election so-called reforms are instituted, the country will be lost. Does any honest person in his right mind believe voting by mail, all but eliminating ID requirements, and rampant ballot harvesting will both extend the franchise and make voting more secure? They will certainly make it easier for dead people to vote in their millions, as well as imaginary ones, and for Democrats (always Democrats) to vote again and again and again.

To safeguard all forthcoming elections, including the mid-terms, paper ballots must be restored, and they must be protected. There is no reason watermarks and even serial numbers could not be used on ballots without infringing on the anonymity of voters. Every state, indeed every county, could have a unique ballot with its own, built-in protection. That doesn’t mean other methods should be totally abandoned. Decades ago, George Weiss advocated abolishing Parliament and having us all vote by computer. While abolishing Parliament may be out of the question, there is no reason on-line voting shouldn’t be used at a local level. Switzerland has a unique system of referenda. The first such referendum was held in 1848. By 1992, there had been nearly four hundred of them.

Again, at a local level or for issues of lesser importance, these are sound, workable ideas, but if America is to survive, if it isn’t lost already, paper ballots must be restored.

”How to run a fair election” Well if you stopped the western (99%) propaganda media machine from brainwashing people who are too thick or too naive to have their own opinion, you will never get a fair election. Sad but true. 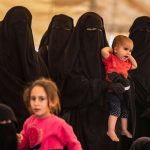 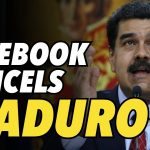