On September 21st, NPR’s “All Things Considered” had a segment

titled “How Ivermectin Ended Up In The Middle Of A COVID-19 Controversy” and reported by Pien Huang.

Here are those data, all of which she ignored:

On September 22nd, “Ivermectin for COVID-19: real-time meta analysis of 64 studies” reported that:

“Meta analysis using the most serious outcome reported shows 68% [52-78%] and 86% [75-92%] improvement for early treatment and prophylaxis, with similar results after exclusion based sensitivity analysis and restriction to peer-reviewed studies or Randomized Controlled Trials.”

“There is evidence of a negative publication bias, and the probability that an ineffective treatment generated results as positive as the 64 studies is estimated to be 1 in 222 billion.”

That was an updated version of this peer-reviewed published study in the:

“Ivermectin for Prevention and Treatment of COVID-19 Infection: A Systematic Review, Meta-analysis, and Trial Sequential Analysis to Inform Clinical Guidelines”

“CONCLUSIONS: Moderate-certainty evidence finds that large reductions in COVID-19 deaths are possible using ivermectin. Using ivermectin early in the clinical course may reduce numbers progressing to severe disease. The apparent safety and low cost suggest that ivermectin is likely to have a significant impact on the SARS-CoV-2 pandemic globally.”

The article’s “DISCUSSION” closes: “Given the evidence of efficacy, safety, low cost, and current death rates, ivermectin is likely to have an impact on health and economic outcomes of the pandemic across many countries. Ivermectin is not a new and experimental drug with an unknown safety profile. It is a WHO ‘Essential Medicine’ already used in several different indications, in colossal cumulative volumes. Corticosteroids have become an accepted standard of care in COVID-19, based on a single RCT of dexamethasone.1 If a single RCT is sufficient for the adoption of dexamethasone, then a fortiori the evidence of 2 dozen RCTs supports the adoption of ivermectin.”

Instead of reporting anything of the actual science, Pien Huang, with the full cooperation of the program-host, started and stuck with the assumption that anyone who would be using ivermectin in order to reduce the severity of an active case of covid-19 disease is an ignoramus. (In other words: confirmation-bias was reeking from her presentation.) The program host did at one point ask the question “Is there reason to believe that ivermectin works against covid-19?” Huang answered: “Well, there was a study last Spring which showed that ivermectin can kill the conoavirus, but in doses way bigger than humans should be using” and “there is insufficient evidence to recommend this product at this time. There is a small group of doctors who claim otherwise. They call themselves ‘The Frontline Critical Care Alliance’ and their message has been amplified by some figures on the right. … Misinformation researcherts have told me that it’s the latest chapter in a story of right-wing commentators …”

The reporter, Huang, ignored the science, and was vague about what studies were the basis for her prejudices and for her beliefs against using ivermectin in treating cases of covid-19 disease. She failed to identify even a single study as the basis for her belief. The program-host wasn’t taken aback by that. And there is no indication that the powers-that-be (the people who do the hiring and the firing) at National Propaganda Radio are disturbed at the astoundingly low quality of their on-air employees, and of their editors, and of their research-staffs (if any). Perhaps if NPR’s audience are satisfied with those people’s journalistic performances, this is considered to be acceptable “journalism” in America. But that wouldn’t make it acceptable journalism in a democracy, which depends upon there being an accurately informed public (something that’s impossible under these circumstances).

I do not write this as a proponent of ivermectin for covid-treatment. But the low quality of journalism in America disturbs me; and, apparently, it doesn’t sufficiently disturb its audiences. NPR is no better and no worse than the average in America, but that average is stunningly low, and that NPR segment was an easy example by which to display this fact.

Well,what do we expect from Propaganda Radio. 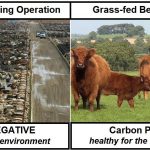