Here is the clip, on the 28 February 2022 Trey Gowdy Sunday Night show:

The first four minutes are the guest, Col. Douglas Macgregor, explaining that America-NATO’s intention to place missiles on Ukraine’s border with Russia just five minutes flight-time away from nuking Moscow, is like the Cuban Missile Crisis in reverse (an enormous danger of producing a WW III); and that Putin is certainly rational to act now so as to prevent that possibility (which ever since February 2014 has been an ever-increasing likelihood to happen); and then the neocon Jennifer Griffin came on and pretended to ‘fact-check’ him by saying that Putin is simply a lying power-crazed dictator who mustn’t be ‘appeased’. Other U.S. ‘news’-media (all of which are likewise neocon or pro-U.S.-empire) bannered about that, hostilely against the anti-neocon guest, such headlines as “Jennifer Griffin Corrects MacGregor’s Praise of Putin on Fox,” “Fox News guest: Let Putin take Ukraine without any sanctions or aide for Ukrainians,” and, “Once Again, Fox Pentagon Correspondent Has To Fact Check” — though that ‘Fact Check” was actually ad-hominem lies, against the courageously truth-speaking guest and against Putin. The ‘Fact Check’ was the lies, and they were lies against the truth that Colonel Macgregor had just spoken, 100% accurately.

In America, truth-telling about international affairs is an unpardonable sin, sure to be widely condemned in their ‘news’-media (which might as well be owned by firms such as Lockheed Martin).

But the media in UK are just as bad, just as evil: just as distorting, just as neocon — and just as dangerous promulgators of WW III, on the basis of propaganda (half-truths, and lies), which smeared Douglas Macgregor, whom Trump (in one of his few good appointments) had appointed to be the U.S. Ambassador to Germany, but whom the nearly 100% neocon U.S. Senate refused to confirm. (After all, America’s arms-makers practically own the U.S. Congress — and the White House.)

[This paragraph was added on 5 March 2022:] Furthermore, on 4 March 2022, the neoconservative liberal UK newspaper, Guardian, headlined “The Fox News journalist fact-checking channel’s pundits on air over Ukraine: National security correspondent Jennifer Griffin has been brutally calling out the ‘distortions’ of Tucker Carlson and co”, and the article simply hid (instead of revealed) what Macgregor had said (other than to mention, in passing, a few of his brief assertions, out of context, so as to make him seem to be a propagandist for Russia), but they did reveal that Griffin promptly said that what Macgregor had said was false; and, so, this liberal newspaper, in England, was likewise lying, to smear Macgregor, and to praise Griffin, both ways working to deceive, instead of to inform, their audience.

In any authentic dictatorship, truth-telling about international relations can only be an act of tremendous courage.

Here is an autotranslation of the Czech Republic’s warning that anyone who publicly expresses support for Russia against the Barack-Obama-installed (in 2014) Government of Ukraine could be sentenced to three years in prison for doing that:

Brno, February 26, 2022 – The Supreme Public Prosecutor’s Office considers it necessary to inform citizens that the current situation associated with the Russian Federation’s attack on Ukraine may have implications for their freedom of expression.

Freedom of expression is enshrined at the constitutional level in Article 17 of the Charter of Fundamental Rights and Freedoms. Everyone has the right to express their views in any way they see fit. But freedom of speech also has its limits in a democratic state governed by the rule of law.

The Supreme Public Prosecutor’s Office appeals to all persons not to resort to public speeches in excess of the established constitutional and legal restrictions in these difficult times.

The document itself can be seen here.

Dictatorship is normal now for not only America and England but all countries that are allied with the U.S. empire — all of America’s vassal-nations.

Censorship cannot legally coexist with democracy. Where censorship enters, democracy dies. In America, censorship is contracted-out to the country’s mega-corporations to apply, so that banned assertions simply are not heard or published. But in countries that are cruder, the Government itself does the censoring, regardless even of what its published Constitution says.

That woman is a war mongering fool. Want to know what the pentagon wants you to know? Listen to her.
People like her and Neo-Con war mongers have more blood on their hands than any terrorist.

Ministry of truth! We can now confirm we are fully Orwelled

Col. MacGregor got in his 2 cents on Tucker – A good video is here with Dr Steve Turley and much of the Tucker interview:
The REAL Reason Putin Is Invading Ukraine!!! (rumble.com)

It has been a remarkable experience to see the empire move the way it has over Ukraine, The media, almost all moving in concert with the narrative that it is specifically Putin masterminding and micromanaging every aspect of Russia. It is obvious that the empire is hoping that if they manage to get Putin out they can then ‘Sadam’ him and move on breaking Russia up and consuming it.

Col. Macgregor gives us hope for the sentient America fully aware of the tragedy created by neocon USAMO.It is heartening to know those responsible for the murders of the past 8 years in the east, are now in the cauldron.
Griffin is the enemy of reason.

That’s All you hear hyperbolic rants by neocon /neolibs about Putin is thug, the silencing of anyone who speaks with nuance and a rational mind.. We all know that Latin America and the Caribbean islands Do Not have complete automny and can Not invite either Russian or Chinese military aparatchiks on to their territory without a extreme and explicit response from the US.. The Monroe doctrine still stands.. 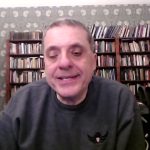 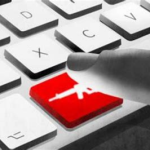