On February 19th, The Hill headlined “Sirota: It’s up to Democrats to hold Cuomo accountable” and hid the bigger and still hidden story, which is that America’s ‘news’-media had been hiding this enormous corruption-story for as long as they possibly could. The scandal of the ‘news’-media hiding each others’ rottennesses — the totalitarian reality of the nation’s press — is the biggest of all U.S. scandals. And it is never being reported, since they cover for each other.

Though The Hill includes there the video of Sirota speaking, they don’t  print that he also said in his 2-minute statement, the following, which really is the most important part of what he said there: “This is all unfolding while Andrew Cuomo was on a recurring CNN guest slot with his brother (Chris Cuomo). It was all happening when he was getting a six-figure book deal about his leadership during the Covid crisis. It was all happening when he was making the rounds on all sorts of national media getting an Emmy for his television briefings. This was all happening, and, to be clear, some of it was happening where you couldn’t see, the hiding of the data, the hiding of the death-count, but some of it was right out in the open, I mean it was concealed in[to] the fine print when it was first put in there, but there were legislators like Ron Kim and other progressives blowing the whistles on this for months, and they couldn’t break through because the media was busy valorizing Andrew Cuomo.”

On February 20th, Sirota reported at Newsweek the following, under the headline “Andrew Cuomo Caved to Donors As He Shielded Nursing Home Bosses, Ron Kim Says”: He asked the progressive New York State Democrat Ron Kim, “New details have emerged about what was going on in New York’s nursing homes last spring, as the pandemic was ravaging the state. What were you seeing and doing last spring?” Kim answered, “A month into it, the nursing home executive order comes out, the March 25 executive order, the infamous one that directs untested COVID patients [who were in hospitals] to nursing homes [to boost their owners’ incomes]. And we eventually found out there were 9,000 of these patients that were transferred. That happened, and right away, everyone said this is wrong [because the other residents there were the most vulnerable people in the state, to catching and dying from the virus].”

Those 9,000 spread it to others, who lived there; and they, in turn, spread it to the employees and to the general public, including to any family-members who visited those nursing-home residents.

As a consequence: when the definitive website that reports both cases and deaths from Covid-19, around the world, which is

started, on 5 April 2020, to calculate both the “Tot cases/1M pop” (total cases per 1 million population) and the “Deaths/1M pop” (in other words, to report the ratios which show how well or how poorly a given locality’s political leadership against Covid-19 is) the U.S. state that had the highest on both was the same state, and it was N.Y., where the figures were actually the worst in the world — higher than that of any country in the entire world. This world-leading worst performance continued until at least May 31st, but by June 30th, N.Y. was the worst state on cases but only the second-worst state on deaths. By the time of July 31st, N.Y. wasn’t the worst on either. However, Andrew Cuomo’s corruption (if not also his general incompetency as a political leader) had made his state the world’s capital of Covid-19 infection, and of Covid-19 deaths, for several months running.

On 21 November 2020, NPR headlined “Andrew Cuomo To Receive International Emmy For ‘Masterful’ COVID-19 Briefings”, and reported that, “The International Academy of Television Arts and Sciences announced Friday that it is breaking with tradition and awarding its International Emmy Founders Award to a real politician who is currently in office. New York Gov. Andrew Cuomo is being honored his daily coronavirus briefings earlier this year.”

At the very same time when he was killing tens of thousands of New Yorkers, he was giving those deceptive and evasive, but pretend-transparent, Emmy-Award-winning, press conferences.

This was like when in 2009, U.S. President Barack Obama had won a Nobel Peace Prize for nothing but his rhetoric, and then in 2011 he started planning the overthrow of Syria’s Government and replacement of it by one that would be selected by the Saud family who own Saudi Arabia, and also planning in 2011 the overthrow of Ukraine’s Government and replacement of it by one which would be selected by U.S. State Department official Victoria Nuland, whom Joe Biden has recently appointed to the #3 post at the State Department, under Antony Blinken, who had worked with Nuland to install a fascist regime in Ukraine.

Considering that the U.S. imprisons a higher percentage of its population than does any other country in the world, nothing that is being reported here should surprise anybody. But, because of the extreme media-censorship in the U.S. and in their allied (vassal) regimes, it does. The one thing that the ‘news’-media in a dictatorship absolutely ban to report on is the corruptness of the ‘news’-media themselves.

Well, who controls the media? Jews. Jews hate Trump and wanted him gone, and they pulled every trick in the book.

Unless we name the Jew, it’s useless.

“the Jews” — so the malefactors are the millions of that ethnicity, some of whom are low income, and few of whom ever even met the mere hundreds of billionaires — of all ethnicities — who own the controlling interests in the international corporations that profit from U.S. imperialism? How evil are you, then, Andrea Daley? Obviously, with your bigotry, you are part of the problem, certainly no part of its solution.

Andrea – You should not use the word “Jew” when what you are really talking about is “Zionist.” “Jew” defines a religion, and also an ethnicity. Like with all other religions and ethnicities, there are good people, and there are bad people. Zionism, on the other hand, is an extremist political ideology, which is responsible for unmentionable evils and horrors in the world today. It is not Jews who hated Trump and wanted him gone. Those were Zionists, because Trump didn’t put Israel First, he put America First. That’s the only reason.

Not, this article has nothing to do with any ethnicity but instead with class: the aristocracy versus the public. There are aristocrats who are of every ethnicity, and of every religion, and of every nationality, but what makes them all so harmful isn’t any of that, but is instead that, in any society, the wealthier a person is, the more conservative he/she becomes and the more hostile and contemptuous toward the public. Bigots play into the aristocracy’s trap by focusing the bigoted anger not against the actual malefactors but agains each other: “my religion (or ethnicity, or nationality, etc.) versus… Read more »

Google pays for every Person every hour online working from home job. I have received $ 23K in this month easily and I earns every weeks $ 5K to 8 $ K on the internet. Every Person join this working easily by just just open this website and follow instructions on home page ……… .. >>> https://bit.ly/3rgMKrL

Go to hell, for littering our space with your freebie ad. It should be removed and you should be barred from commenting. 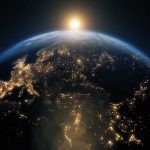 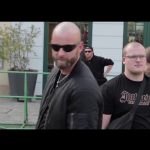