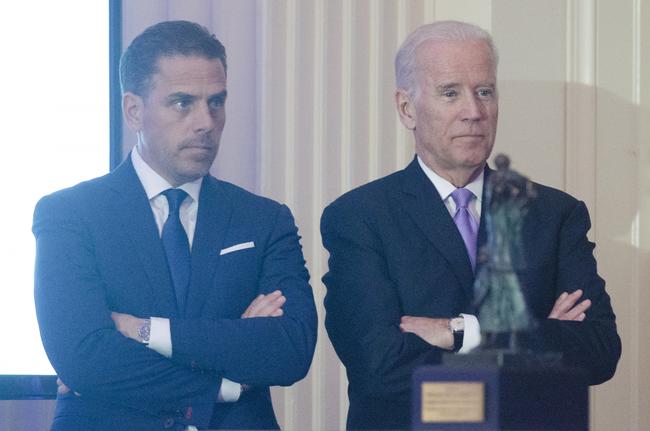 I am posting here the most recent draft of my article about Joe and Hunter Biden – the last one seen by Intercept editors before telling me that they refuse to publish it absent major structural changes involving the removal of all sections critical of Joe Biden, leaving only a narrow article critiquing media outlets. I will also, in a separate post, publish all communications I had with Intercept editors surrounding this article so you can see the censorship in action and, given the Intercept’s denials, decide for yourselves (this is the kind of transparency responsible journalists provide, and which the Intercept refuses to this day to provide regarding their conduct in the Reality Winner story). This draft obviously would have gone through one more round of proof-reading and editing by me – to shorten it, fix typos, etc – but it’s important for the integrity of the claims to publish the draft in unchanged form that Intercept editors last saw, and announced that they would not “edit” but completely gut as a condition to publication:

An attempt to assess the importance of the known evidence, and a critique of media lies to protect their favored candidate, could not be published at The Intercept

Publication by the New York Post two weeks ago of emails from Hunter Biden’s laptop, relating to Vice President Joe Biden’s work in Ukraine, and subsequent articles from other outlets concerning the Biden family’s pursuit of business opportunities in China, provoked extraordinary efforts by a de facto union of media outlets, Silicon Valley giants and the intelligence community to suppress these stories.

One outcome is that the Biden campaign concluded, rationally, that there is no need for the front-running presidential candidate to address even the most basic and relevant questions raised by these materials. Rather than condemn Biden for ignoring these questions — the natural instinct of a healthy press when it comes to a presidential election — journalists have instead led the way in concocting excuses to justify his silence.

After the Post’s first article, both that newspaper and other news outlets have published numerous other emails and texts purportedly written to and from Hunter reflecting his efforts to induce his father to take actions as Vice President beneficial to the Ukrainian energy company Burisma, on whose board of directors Hunter sat for a monthly payment of $50,000, as well as proposals for lucrative business deals in China that traded on his influence with his father.

Individuals included in some of the email chains have confirmed the contents’ authenticity. One of Hunter’s former business partners, Tony Bubolinski, has stepped forward on the record to confirm the authenticity of many of the emails and to insist that Hunter along with Joe Biden’s brother Jim were planning on including the former Vice President in at least one deal in China. And GOP pollster Frank Luntz, who appeared in one of the published email chains, appeared to confirm the authenticity as well, though he refused to answer follow-up questions about it.

Thus far, no proof has been offered by Bubolinski that Biden ever consummated his participation in any of those discussed deals. The Wall Street Journal says that it found no corporate records reflecting that a deal was finalized and that “text messages and emails related to the venture that were provided to the Journal by Mr. Bobulinski, mainly from the spring and summer of 2017, don’t show either Hunter Biden or James Biden discussing a role for Joe Biden in the venture.”

But nobody claimed that any such deals had been consummated — so the conclusion that one had not been does not negate the story. Moreover, some texts and emails whose authenticity has not been disputed state that Hunter was adamant that any discussions about the involvement of the Vice President be held only verbally and never put in writing.

Beyond that, the Journal’s columnist Kimberly Strassel reviewed a stash of documents and “found correspondence corroborates and expands on emails recently published by the New York Post,” including ones where Hunter was insisting that it was his connection to his father that was the greatest asset sought by the Chinese conglomerate with whom they were negotiating. The New York Times on Sunday reached a similar conclusion: while no documents prove that such a deal was consummated, “records produced by Mr. Bobulinski show that in 2017, Hunter Biden and James Biden were involved in negotiations about a joint venture with a Chinese energy and finance company called CEFC China Energy,” and “make clear that Hunter Biden saw the family name as a valuable asset, angrily citing his ‘family’s brand’ as a reason he is valuable to the proposed venture.”

These documents also demonstrate, reported the Times, “that the countries that Hunter Biden, James Biden and their associates planned to target for deals overlapped with nations where Joe Biden had previously been involved as vice president.” Strassel noted that “a May 2017 ‘expectations’ document shows Hunter receiving 20% of the equity in the venture and holding another 10% for ‘the big guy’—who Mr. Bobulinski attests is Joe Biden.” And the independent journalist Matt Taibbi published an article on Sunday with ample documentation suggesting that Biden’s attempt to replace a Ukranian prosecutor in 2015 benefited Burisma.

All of these new materials, the authenticity of which has never been disputed by Hunter Biden or the Biden campaign, raise important questions about whether the former Vice President and current front-running presidential candidate was aware of efforts by his son to peddle influence with the Vice President for profit, and also whether the Vice President ever took actions in his official capacity with the intention, at least in part, of benefitting his son’s business associates. But in the two weeks since the Post published its initial story, a union of the nation’s most powerful entities, including its news media, have taken extraordinary steps to obscure and bury these questions rather than try to provide answers to them.

The initial documents, claimed the New York Post, were obtained when the laptops containing them were left at a Delaware repair shop with water damage and never picked up, allowing the owner to access its contents and then turn them over to both the FBI and a lawyer for Trump advisor Rudy Giuliani. The repair store owner confirmed this narrative in interviews with news outlets and then (under penalty of prosecution) to a Senate Committee; he also provided the receipt purportedly signed by Hunter. Neither Hunter nor the Biden campaign has denied these claims.

Publication of that initial New York Post story provoked a highly unusual censorship campaign by Facebook and Twitter. Facebook, through a long-time former Democratic Party operative, vowed to suppress the story pending its “fact-check,” one that has as of yet produced no public conclusions. And while Twitter CEO Jack Dorsey apologized for Twitter’s handling of the censorship and reversed the policy that led to the blocking of all links the story, the New York Post, the nation’s fourth-largest newspaper, continues to be locked out of its Twitter account, unable to post as the election approaches, for almost two weeks…

The Body Language of the picture accompanying this article states clearly “We aren’t going to tell you” and “We are hiding something”.

It also implies that “we are untouchable”.

The system is “with us”

Now what system would that be?

Perhaps this report will aid us in our quest of comprehension:

As for the Klinton Kriminal Kabal……

Editor: “Best get tested for Covid. It affects the smell receptors.” 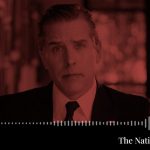 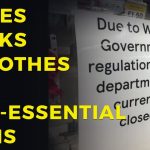