“The ill-conceived `love of thy neighbor’ has to disappear, especially in relation to inferior or asocial creatures. It is the supreme duty of a national state to grant life and livelihood only to the healthy and hereditarily sound portion of the people in order to secure the maintenance of a hereditarily sound and racially pure folk for all eternity…”
Dr. Arthur Guett, Nazi Director of Public Health, 1935

The words spoken by Dr. Guett 85 years ago should send shivers down the spine of anyone following the radical transformations of healthcare policy now underway within the Five Eyes zone of influence.

As many people are now aware, embedded within the $1.9 trillion COVID relief package is a $40 billion program to revive and expand the corpse of Obama Care’s enrollment protocols and the worst aspects of State directed medical resource allocation for the most vulnerable (and financially burdensome) of society.

While few details have been unveiled beyond a mass expansion of enrollment into the plan on a revived healthcare.gov, several red alarms have been raised which began with the appointment of Obama-care architect Ezekiel Emmanuel to Biden’s COVID task force last year and the re-ascendency of hives of cost-cutting behaviorists to positions of power.

Before I proceed, a small disclaimer is in order.

Just because I am about to viciously criticize Biden/Obama-care, and the accelerated expansion of euthanasia across Five Eyes nations, it does NOT mean that I support free-market “greed-is-good” HMOs that were brought online by Nixon in 1973.

As I wrote in my recent trilogy exposing the contrived debates between “statist” Malthusian John Maynard Keynes vs “individualist” Malthusian Friedrich von Hayek, the schism of top down vs bottom up economic thinking which has brainwashed several generations of Americans is a chimera with no bearing in reality.

Real economics that befits human life and dignity has always defended the whole of society while also protecting the unalienable rights and liberty of each individual within society.

If you are a technocrat looking down upon the world from your ivory mathematical tower at the impending crises hitting civilization, you would not believe a word of what I just said. Rather you would be looking at a glaring “mathematical disequilibrium” rushing towards us like a tsunami: The western population concentrated in the Trans Atlantic nations is facing a demographic time bomb the likes of which has never been seen in history called by some “the babyboomer demographic time bomb”.

Even before COVID-19 annihilated much of the world economy, the baby boomer demographic time bomb was discussed by think tanks and policy makers far and wide. During the past 25 years, young people increasingly put off having children (with a 4.4% collapse in birthrates during the Dec. 2019-Dec 2020 year of COVID). Today western fertility levels have fallen to 1.7 children/woman which is far below the 2.1 levels needed to replace the population.

During this time, the baby boomer generation born between 1945-1960 increasingly found themselves beset with grey hair, and increased healthcare needs in their old age with the first wave having hit retirement years in 2010. While technological advances has extended average life expectancies from 61 years (in 1935) to 81 years today, the demographic imbalance of young : old means that society will essentially be incapable of supporting itself under current dynamics.

By 2030, it is currently estimated people over the age of 85 will triple while seniors between 65-85 will double. The financial costs of sustaining this demographic will skyrocket as healthcare services double from their currently massive $1.4 trillion/year to $3 trillion/year by 2050 (in the USA).

As cost-effectiveness experts look at this dismal trend, all they can see is a cold numbers game.

These experts don’t tend to see humans with cognitive powers and souls and they certainly don’t recognize the existence of such immaterial notions as the “sacred” which might prevent the culling of lives in order to satisfy monetary constraints.
They certainly don’t recognize the injustices of a system that allows trillions of dollars to be spent for Wall Street bailouts and Middle East wars but which fails to provide the medical resources to service its own population fairly.

The experts I am talking about who once ruled America under Barack Obama and who have resurged into power under Biden only see the cold fact that 80% or more of the healthcare costs absorbed throughout one’s life occur after 65 years of age. These experts can only think in terms of adapting to scarcity and supposedly “fixed limits” but never eliminating scarcity through systemic changes that place human life and creative thought on a higher priority than mere money.

With ever fewer young people entering the workforce (and with the financial system itself set to meltdown under hyperinflation), two options present themselves:

As it stands, the individual most responsible for reviving Obamacare and the associated “Independent Payment Advisory Board” (IPAB) of cost-effectiveness “experts” under Joe Biden is the same figure who crafted the original Affordable Care Act (aka: Obamacare) in 2009.

While acting as Obama’s health advisor from 2009-2011, Ezekiel Emmanuel wrote a bone chilling study called “Principles for allocation of scarce medical interventions” in the Lancet.

In this revealing document, Ezekiel’s vision for a new ethic of healthcare management was enunciated with the “Complete Lives System” that would be used to justify who among the needy of society competing for scraps of the shrinking pie, will receive care (i.e: expensive cancer screenings, treatments, drugs), and who will be left to die when he wrote:

When implemented, the complete lives system produces a priority curve on which individuals aged between roughly 15 to 40 years gets the most substantial chances, whereas the youngest and the oldest people get chances that are attenuated.”

Overthrowing the entire edifice of Judeo-Christian values that defined human life as sacred as well as the pesky Hippocratic oath which prevents physicians from doing any harm willfully to their patients, Emmanuel describes exactly what he intends by his “priority curve” and “attenuated chances” for the young and old saying:

Strict youngest-first allocation directs scarce resources predominantly to infants. This approach seems incorrect. The death of a 20-year-old woman is intuitively worse than that of a 2-month-old girl, even though the baby has had less life.

The 20 year old has a much more developed personality than the infant, and has drawn upon the investment of others to begin as yet-unfulfilled projects… adolescents have received substantial education and parental care, investment that will be wasted without a complete life: infants by contrast, have not yet received these investments… it is terrible when an infant dies, but worse, most people think, when a three year old child dies, and worse still when an adolescent dies.”

Probability of receiving an intervention

That’s right: Emmanuel’s “cost-effective” curve asserts that the life of a 20-year-old is more worthy of life than that of a 3-year-old, or 75 year old. In the latter two cases, society has invested either too little to make that young life worth saving or has invested too much already (relative to the financial worth of the low QALY senior)…

I get paid more than usd120 to usd130 per hour for working online.BAU I heard about this job 3 months ago and after joining this i have earned easily usd15k from this without having online working skills. This is what I do…..http://www.hitprofit1.com

To be honest we everything in our society is upside down and back to front. 50 year olds are more expensive when paying into pension funds so if they loose their job the chance of getting back into the work force is terrible the Young should pay more and take less pay in ordinance with Experience People with serious Chronic illness that handicaps should get comfort treatment until the natural course takes its toll ! Keeping people alive at the expense of a Healthy Society is doomed to poverty and servitude of the chronically ill handicapped and Elderly that have… Read more » 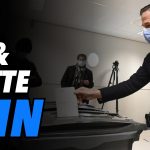 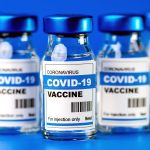