If you are an American citizen, are you wondering right now how the lunatics in charge of your once great nation can allow hundreds of thousands of aliens into the country and even give them smartphones when there are people sleeping on the streets and young kids living with their parents in cramped hotel rooms?

Have you wondered how governments – at the moment Russia and Ukraine – can afford to fight wars?

Have you ever wondered why there is so much poverty at home, yet at the drop of a hat every nation from the US to China can send troops or aid to other parts of the world during a man-made crisis or natural disaster?

If you don’t know the answer, it is because you don’t understand the one big and two small exceptions.

The big exception is war. The other two are national emergency and emergency relief.

No nation ever lost a war because it ran out of money. This is because, as Professor Quigley points out in Tragedy & Hope, his magnum opus: “Wars…are not fought with gold or even with money, but by the proper organization of real resources…”

During the riots of the Summer of Floyd and many others before that, enormous damage was done in both the United States and worldwide, yet although many small business people suffered and continue to suffer, the world goes on in spite of that national emergency.

An astounding example of emergency relief on a colossal scale happened after the Second World War, most impressively with Japan. The Americans had dropped atomic bombs on two of its great cities and firebombed Tokyo, yet barely a decade after the war, the nation had been rebuilt totally. Most international relief efforts are far shorter, such as in the wake of a hurricane, but the relief is always delivered. How and why? Again, by the proper organisation of real resources. That can involve the banks operating a cheap money policy, or even a free money policy.

In January 2010, the island nation of Haiti was devastated by a massive earthquake. Haiti was already massively in debt, but major governments pressurised the banks, and this debt was written off. Did the sky fall?

The lesson to be learned from all this is that money must be the servant of Man rather than his master, in particular responsible national governments must ensure there is always enough money in circulation, and in the right places, to meet the needs of all their citizens instead of a handful of speculators and other financial parasites. 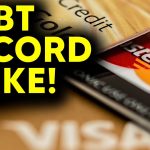 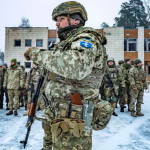