The worldwide covid lockdowns, Joe Biden’s insane war on oil and now the actual war in Ukraine have led to massive hikes in prices worldwide. The world runs on energy, so anything that raises the cost of energy raises the price of everything including food, household goods, heating, literally everything. In addition to that, the Federal Reserve especially has created trillions of dollars and pumped them into the American economy. Now, the Fed has raised interest rates four times in a row. In the UK, one legal pundit has warned of an imminent housing crash as interest rates increase. Can this be avoided? Yes, but to do so without hurting especially those people at the bottom requires a total rethink of the financial system.

Money comes into existence primarily as an interest-bearing debt, indeed as Darius Guppy wrote in 2010: Our World Balances On A Sea Of Debt. Rand Paul and others claim that the United States has run up such enormous debts that their children and grandchildren will still be paying it off. But how can this be? As Professor Quigley wrote in Tragedy & Hope: “Wars, as events have proved since, are not fought with gold or even with money, but by the proper organization of real resources…The outbreak of war on August 4, 1914, found the British banking system insolvent in the sense that its funds, created by the banking system for profit and rented out to the economic system to permit it to operate…could not be liquidated rapidly. Accordingly, the bankers secretly devised a scheme by which their obligations could be met by fiat money…but, as soon as that crisis was over, they then insisted that the government must pay for the war without recourse to fiat money…but by taxation and by borrowing at high interest rates from bankers.”

Get that? The First World War was paid for, but the banks insisted the British Government tax its citizens to repay this (imaginary) debt, and the Government complied. But it gets even worse.

In 1624, the city of Utrecht issued a bond to finance flood defences. This bond is still earning interest albeit at a trivial amount per year.

In 2014, the New York Times ran an article about larger debts owed by the British Government, which was still paying interest as far back as the notorious South Sea Bubble of 1720, one of many such bubbles that burned both the speculators and ordinary people who had more money that sense. There are many other bonds and their associated debts worldwide. Why are governments paying interest to bondholders whose original owners died decades or even centuries ago?

As Dan Bongino is fond of saying: “All debts are paid”, but currently they are paid only by the borrower, or the descendants of the original borrower. Rather than raise interest rates, the Federal Reserve should cancel debt selectively. Joe Biden said he was going to cancel a certain amount of student loan debt but walked that claim back. What he really meant though was he was going to cancel the debt “for students” and shift the (re)payment onto the taxpayer. What the Government needs to do is simply cancel the debt. Should that happen, would the sky fall? Here are a few examples of debt cancellation:

Following the 2010 earthquake, the banks cancelled most of the Haitian debt under pressure from other governments and non-government organisations.

In 2005, it was reported that Western nations (ie banks) had written off billions of dollars of African debt. Again, did the sky fall?

Many other examples could be given but the point should have been made by now. Another point that needs to be made is that when a bank makes a loan it doesn’t actually lend money, rather it creates credit. If you agree to lend someone a sum of money, say $100, you take that money out of your pocket and give it to him, or you give him a cheque, or make a direct transfer from your bank account to his. Either way, this is a transfer of money, and if he doesn’t repay you, you are out of pocket. When though a bank lends a customer money, something very different happens. The actual process was explained in detail by Major Douglas a century ago, but to put it simply, the bank opens a loan account for the customer and credits it with newly created money. The customer draws the money and spends it. When he repays the loan, that repayment is cancelled out of existence – every bank loan creates money; every repayment destroys money. The bank’s profit is the interest paid on the loan with very likely an arrangement fee.

And if the loan isn’t repaid? Very quietly at some point in the future, the bank will write off the debt. This happens all the time. We need to put an end to debt bondage; politicians are in a position to do this, so it is they who must be pressurised in the first instance. 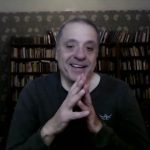