The aftermath of the 2020 election was a historic moment for the Republican Party. For the first time in recent history, a Republican President managed to convince a large chunk of his own Party to solely support him and withdraw their support for the GOP. The Republicans unexpectedly went on to lose their majority in the Senate after enough Republicans sat out the following runoff elections in Georgia. The Georgia elections, which unseated two establishment GOP candidates, proved the Republican Party was facing a major populist uprising.

The Democratic Party, with its slim majorities and historically low approval ratings, will undoubtedly lose both chambers of Congress in 2022. This will give them little opportunity to achieve the revolutionary changes they promised and will certainly cause a huge headache for the Biden administration. Despite this, the Republican Party has much more to fear from the 2022 midterms than the Democrats. Unlike the Democrats, they are facing an internal uprising. In other words, while one party risks losing control of the country, the other risks control over their own party.

2022 is a unique opportunity for the populists that intend on infiltrating the Republican Party. This is because infiltration can be dangerous; a divided party is much less likely to win. In any normal election, many populists will have to weigh the opportunity cost of reforming the Republican Party or giving the Democrats more power. Many will simply vote Republican just to be safe. 2022, however is unique because no matter how much division the populists create and no matter how many incumbents they primary, the Republicans are still ensured to win at least one chamber of Congress.

That is why the Republicans are trying to convince you that victory in 2022 is not inevitable. They will say this despite the fact that there have only been TWO times in history where the opposition have not picked up seats in the midterm. They will say this despite the fact that Biden is almost undoubtedly the most unpopular president in modern history. Do not be fooled when they tell you how dangerous the Biden administration is. They’re not saying this because they actually care about stopping him, but because they want to scare you into voting for whoever is the Republican candidate, even if the candidate is clearly a RINO. It will be the people who fall for this narrative that will stop this once in a lifetime opportunity to launch a full-scale rebellion against the GOP establishment.

But wait; it doesn’t stop there. The GOP is even now using Trump himself as a way to stop this uprising. They will tell you that it is crucial you support the GOP at all costs, because if they don’t win in 2022, they claim Trump won’t run in 2024. That makes you a “traitor.” These are their words, not mine. Consider the following mass text sent out by the National Republican Congressional Committee:

We were told you were tried and true, lifelong patriot. But when Trump said he’d run for President if we took back the House from Nanci Pelosi… You did nothing. Was Trump wrong about you?

The text concluded with a link to a GOP donation page, which raked in $198,021 after the text was sent out. Voters may have thought their donation was going to support Trump. In reality that money will go to establishment candidates, most likely even including those who voted to impeach Trump.

The GOP is clearing doing everything it can to quell the coming populist revolt. Our chances of hijacking the Republican Party this election were already slim; now it is becoming even more slim thanks to Trump voters who continue to be manipulated by the GOP. If you truly support the populist revolt, do not fall for their lies. It’s time to do your part. Almost every establishment candidate is facing a populist primary challenger. Find out who yours is and vote in every primary you can. If your candidate loses the primary then proceed to vote third party. If there is no viable third party, it is better to write in a candidate than simply sit out the election. This is because a lower turnout is less notable than if “Pat Buchanan” or “Tucker Carlson” received a large chunk of votes. Remember: the only thing keeping the Republican establishment in power are people who every election vote Republican simply because they don’t like Democrats. As long as we all refuse to vote for these corrupt candidates, we can retake the Republican Party.

Please feel free to comment the names and descriptions of any current primary challenger.

For 80 years, I voted Democratic until the voting corruption convinced me to change parties. The mandates to take this vaccine that ain’t a vaccine, the resistance to urging early and effective covid natural help for immunity to stop the fake pandemic, the corruption in voting and the opening of the borders to illegals who aren’t tested or inoculated while we citizens can’t get jobs, go to schools, and have to wear masks which contributes to bacterial pneumonia and topped by the extreme censorship allowed has convinced me I will never vote Democratic again. People won’t work because they’re getting… Read more » 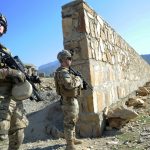