Vaccine mandates are a particularly hot issue. Unlike many other key issues, this issue stretches directly into the personal lives of every citizen. The decision on whether or not the government should forcefully inject a vaccine into millions of Americans hits the personal lives of many more people than issues concerning taxes, the budget, education polices, etc. In the end, there is no doubt that there will be a notable portion of the population that will have to be held at gunpoint before taking any one of these vaccines. Dalton Clodfelter, a rising star among the dissident right, recently tweeting the following:

Clodfelter’s tweet perfectly sums up the mindset of many Americans: they are willing to risk everything to avoid taking this vaccine. This is why many Republican governors are now under pressure to enact laws contradictory to Biden’s federal vaccine mandate. Texas Governor Greg Abbot has become the first governor to ban any form of vaccine mandates after Biden’s mandate was announced. This came directly after Abbott was hounded by former State Senator Don Huffines, who is currently challenging Abbott for the Republican nomination for governor. This isn’t the first time Abbott was changed policy after being criticized by his opponents on the right. Many will use these correlations to claim Abbott isn’t the populist hero many believe him to be. While this may be true, there is something far more important that this shows: Republican voters are capable of pressuring establishment politicians into enacting populist reforms. In other words, your favorite candidate doesn’t always need to win for you to get what you want; pressure on elected officials can work just as well.

The importance of this particular policy however, is huge: it directly violates the supremacy clause of the constitution, which essentially states that states cannot override federal law. During President Trump’s tenure, many states and cities also violated this clause when they refused to obey federal law enforcement officers to become “sanctuary cities.” Republicans defended Trump over his decision to withhold federal funds from sanctuary cities. Likewise, Democrats will be quick to point out the Republican’s hypocrisy for supporting Texas when it violates federal law but not when sanctuary cities did. It should be noted however, that the Texas law is different from sanctuary cities in the sense that the federal law it is contradicting also violates the 10th Amendment of the Constitution. The 10th Amendment states that the federal government only has the powers specifically mentioned by the constitution. The Biden administration is going to have a difficult time attempting to prove that the constitution gives the federal government the authority to inject experimental vaccines into millions of Americans.

Although this clash between the federal government and Texas seems minuscule, it has the potential to rapidly get out of hand. Right now, Texas business are in a dilemma: are they going to obey the federal or state government? What happens when certain businesses decide to obey the federal government, rather than Texas? Will Abbott, under the pressure of his voters, send in state authorities to force them to violate federal law? Will this result in clashes between state and federal officers? How far will it go?

It is hard to say for certain how this will all play out. Biden’s mandate could suddenly be struck down by court at any time, resulting in an end to this debacle. A compromise may even be reached between the federal and Texas government. Or maybe, just maybe, this could be laying the grounds for the greatest internal conflict seen within the United States since the Civil War. Regardless, let’s hope this conflict remains peaceful.

So what will these tyrants want to do with their vaccine mandates? India and Indonesia became independent from their colonizers by doing non compliance. SouthAfrica brought down Apartheid (isnt the vaccine not the new Apartheid? Mandela doing non compliance. The Elites never learn. Elites use the same playbook over and over again.

What this guy forgets is that if courts follow the law, forcing somebody to submit to the administration of a poisonous shot is itself illegal. If they can force such an action, they have repealed the rule of law and constitutional government entirely.

First of all, there is no vaccine mandate. Where’s the EO? Second, an EO is not law. Only Congress can make law, so you need to stop saying it is “federal law”. That is exactly why Abbott said he is going to submit his EO to the state legislature for passage into law. 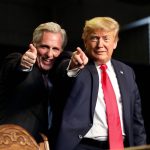 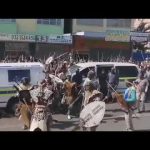