By John Solomon and Daniel Payne

AG Merrick “The Hooded Claw” Garland… You have work to do investigating criminals.  See Below

Raffensberger, this looks really bad for you and Mr Kemp!

Georgia Secretary of State Brad Raffensberger said Friday that his priority is “making sure that every legal vote is counted” as the final ballots came in. Democrat Joe Biden is now leading President Donald Trump in the battleground state. (Nov. 6)

Documents that Georgia’s largest county submitted to state officials as part of a post-election audit highlight significant irregularities in the Atlanta area during last November’s voting, ranging from identical vote tallies repeated multiple times to large batches of absentee ballots that appear to be missing from the official ballot-scanning records.

The problems in predominantly Democratic Fulton County potentially impact thousands of ballots in a presidential race that Joe Biden was certified as winning statewide by fewer than 12,000 votes.

The memos reviewed by Just the News include the handwritten tally sheets for all absentee ballots counted by the county as well as a private report from a contractor hired by Secretary of State Brad Raffensperger to monitor the Atlanta-area election process. The report, which chronicled seven days of problems, recorded troubling behavior like the mysterious removal of a suitcase of sensitive election data known as polls pads, used to authenticate voters.

“Learn that Rick reprogramming poll pads earlier was setting up a new precinct for SC11 because someone took the wrong suitcase but only took one,” the contractor Seven Hills Strategy wrote late on Nov. 2, the night before Election Day. “Seems to be a mystery who this person was –> Should have chain of custody paperwork!! That means that a stranger just walked out with sensitive election materials?”

The contractor also observed that sensitive election materials were left on a dock at a warehouse without supervision. “Several cases (including SC11) were just left out on the loading dock outside the warehouse,” he wrote. “Thankfully the seals were intact.”

The revelations come as a state judge has taken the extraordinary step of ordering absentee ballots in the county unsealed so that a private audit led by lawyer Bob Cheeley can examine the actual papers and resolve discrepancies. Cheeley told Just the News on Wednesday the evidence he has seen so far points to “election tabulation malpractice.”

Private experts and state election officials differ on whether the evidence shows a pattern of potential fraud or simply gross incompetence in the county that encompasses Atlanta.

But they are mostly united for the first time that the top election supervisors in Fulton County should be removed. Some officials are even discussing a dramatic intervention like putting the county’s election system in conservatorship so it can be run by state, not local, officials.

“I have continued to call on the elections director to be removed from his position, and the leadership of Fulton County has continued to fail to act,” Raffensperger told Just the News on Wednesday.

The secretary said he stands by his private monitor’s assessment that fraud did not occur at a scale in Fulton County to impact the election’s outcome, but he added the county’s election management failures nonetheless warrant dramatic repair.

“It is no secret that Fulton has had issues in their elections department for decades, which is why I insisted on a state monitor being present to be eyes and ears on the ground,” he said. “He did not see any evidence of fraud despite having full access, but he saw continued mismanagement, miscommunication, unpreparedness, and sloppiness. Georgia voters deserve better.”

Just the News reviewed the documents Raffensperger’s office collected from Fulton County during a risk-limiting audit conducted last November. Among the problems those memos exposed:

An official working for Raffensperger, who reviewed the documents flagged by Just the News, said they were clear evidence of significant human failure in Fulton County’s election administration. The official said, for instance, the identical ballot batches likely resulted in about 1,000 extra votes being tallied.

The official also said some of the gaps in the absentee ballots might be explained by mistakes in which county officials mixed absentee ballots counted by one machine for another. But he acknowledged other gaps in ballot batches defy immediate explanation and would require extensive investigation to determine if something more nefarious than incompetence was at work.

A second state official said the shoddy nature of the Fulton County paperwork left open the possibility fraud or other misconduct occurred. “An audit is only as good as the data that’s input, and in this case Fulton County’s records are so problematic I’m not sure a reasonable person can trust them,” the official said. “When you add in the reports of ballots magically appearing under tables or being moved out of the counting center, there are legitimate outstanding questions.”

The findings of the Just the News review closely mirror those of the private audit conducted by Cheeley’s team under the judge’s supervision.

Sawyer said the fact that ballot batch numbers are missing from the Fulton County audit documents “contradicts the concepts of completeness and existence and accuracy” of the November audit, and “should have been readily apparent to anyone who is performing a reconciliation, let alone an audit.”

“These need to be more fully investigated, and they indicate the possibility that there are missing batches that might not have been counted,” Sawyer testified.

County lawyers who cross-examined Sawyer offered little explanation or pushback before the judge officially ordered all absentee ballots unsealed so Cheeley’s team could investigate more deeply. That process is ongoing.

Cheeley told Just the News on Wednesday night his ongoing audit has now flagged many thousands of absentee ballots that haven’t been properly accounted or suffer other serious problems.

“Fulton County’s inability to account for so many batches reported from a November hand recount audit amounts to election tabulation malpractice,” he said. “Anyone who can count should know that is unacceptable. This evidence produced in court on May 21 justified the audit which Judge Amero ordered of the absentee ballots and envelopes.” 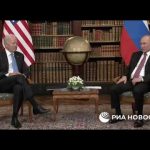