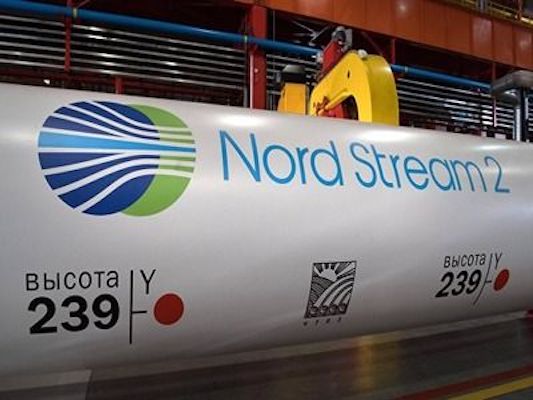 The case of the alleged assassination attempt of the Russian opposition politician Alexei Navalny has generated much controversy and discussions worldwide. In Germany, where Navalny is currently, the political controversy surrounding the case is taking on particularly large proportions. The Nord Stream 2 pipeline construction project is clearly not related to the Navalny case, but according to Bavarian Prime Minister Markus Soder, the incident brought new circumstances that make Nord Stream 2 something “negative”.

Soder, is a member of the Christian Social Union and part of the conservative-centrist alliance that appointed Angela Merkel to the post of federal chancellor. He believes that the case has had a negative impact on Russia and that Nord Stream 2 would be surrounded by such controversies. Although Soder’s prestige has given him a greater voice, this has become a common discourse among some German and European politicians in general.

The opposition Greens party has made a strong call in Parliament for Nord Stream 2 to be stopped immediately. For this party, it is unacceptable to continue any international cooperation project with Russia due to the suspicion of an attempt on Navalny’s life. “The apparent attempted murder by the mafia-like structures of the Kremlin can no longer just give us cause for concern, it must have real consequences”, Green parliamentary group leader Katrin Goering-Eckardt said.

In fact, the Greens have long opposed the construction of the gas pipeline due to ideological agendas and national projects that are irreconcilable with the German government and with the political and congressional wings favorable to Russian cooperation. However, with the Navalny case, these opponents achieved a “humanitarian justification” for their anti-Russian and pro-Western discourses.

Even the renowned parliamentarian and government ally Norbert Roettgen commented on the case condemning the normality of the agreement for the construction of the gas pipeline: “diplomatic rituals are no longer enough (…) After the poisoning, we need a strong European answer, which Putin understands (…) The EU should jointly decide to stop Nord Stream 2”, said the German politician on a social network.

For his part, Bundestag’s vice-president Wolfgang Kubicki, stated that the construction of the Nord Stream 2 pipeline should not be questioned at the current stage of the investigation of the alleged poisoning of Navalny, also claiming to be skeptical on the possibility of making any changes to the project. “I’m skeptical that we should question a project of this magnitude at this stage”, he told Deutschlandfunk radio.

Similarly, the position of German Federal Chancellor Angela Merkel was reasonable. She recently commented that the Nord Stream 2 gas pipeline should be completed soon and that it should not be linked to the Navalny case, thus removing opposition speech and maintaining firm cooperation between Russians and Germans as a major opinion.

The construction of the Nord Stream 2 gas pipeline has divided German politics in recent years. Designed to diversify Russian gas supply routes to Europe, escaping the Ukrainian and Polish routes, the agreement aims to increase energy security in the region. However, works for the construction of the gas pipeline were suspended in December last year, after Washington threatened to impose various commercial and tariff sanctions on the Swiss company Allseas, which carried out the construction’s works. Since then, international pressure has only grown. In addition to the pressure against the project made by US, Ukraine and Poland, the governments of Lithuania and Latvia have also threatened to break economic ties with Germany.

On September 2, German government spokesman Steffen Seibert reported that toxicological tests carried out by a German Armed Forces laboratory revealed that Russian opponent Alexei Navalny, who is currently receiving treatment at Berlin’s Charité Universitätsmedizin University Hospital, was poisoned with a Novichok substance. The big problem is that the discovery of the poisoning was the reason for the start of a great information war, where the Russian government was accused, without any evidence, of planning the murder of an opposing politician. To date, there is no evidence to link the government or government agencies to the alleged attack on Navalny’s life. The mere fact that he is a political opponent does not mean that his assassination attempt is necessarily for political reasons. The spread of rumors, fake news and lies about the case is immense and an imaginary has already been created in the West that the attack was in fact committed by members of the Russian government, even though no investigation has been carried out.

The intention behind the disinformation is clear: to undermine Russia on the geopolitical scenario. Nord Stream 2 is showing this. The objective is to disseminate as much as possible any type of information that damages Russia’s image, simply to favor countries whose interests clash with those of Moscow.

The ball is now in the German court to provide the Russians with samples from Navalny that they contend show such a poison.If such samples exist, this should not be a problem for Germany.

I would not rule out Navalny being poisoned by his supposed supporters in the West. He’s a minor figure so far as Russian politics is concerned and would be regarded as expendable – indeed maybe more useful dead or disabled than winning a small percentage of votes and demonstrating Putin’s popularity. It’s always a case of cui bono. Russia had no reason to poison him any more than the Skripals or Litvinienko. These poisonings always occur when the West is trying to achieve something – in this case stop Nord Stream 2 of course. Those trying to curry favour should… Read more »

What the hell are German (NATO) military doctors doing attending to Navalny anyway? Send the Russians a blood/tissue sample with the ‘alleged novichok’ if it’s so ‘beyond a doubt’. Until then, proof talks and bullshit walks.

The whole thing stinks to high heaven, and it won’t be the first time either.

I totally agree that Germany should stop Nord Stream 2. This is all in accord to western late 20 and 21 century philosophy – shoot one self in both feet foot and feel the force of freedom and democracy flow through their economy. On the issue of the “poisoning” that is the greatest bull crap so far. Considering the Novichock is deadly and anyone near that substance without protective gear would be dead within seconds, how is it possible that no one else on that flight was not affected? This is like the Skripal scenario police walking all over the… Read more »

Too idiotic for words.
Russia “poisons” Navalny will lethal nerve that gives him a belly ache.
He howls and scream on plane.
Russian doctors find no poison in his system.
They don’t disappear or kill him, like professional assassins.
They send him to US controlled Germany.
Germany says the minor politician (2% following) has lethal-non-lethal Novichok poisoning.
And my girlfriend is Angela Merkel…

………..And my girlfriend is Angela Merkel…

Well, at least she’s compliant and not adverse to following orders.

If such is the nature of German ‘cooperation’ with Russia, best be done with it sooner rather than later.

Since I first heard the news of Navalny’s supposed poisoning, I have asked myself why Russia didn’t keep this Russian citizen in a Russian hospital to be treated by Russian doctors. Why did they allow Navalny to be flown to Germany when he was supposedly so very sick? I believe it was Navalny’s family that requested that he be taken to Germany, but if he was allegedly poisoned with Novichok, which reportedly acts within seconds of being administered, why did they risk moving him? If Russia had attempted his assassination with Novichok, why would they have allowed him to leave… Read more »

Other useful idiot. Dead or alive he is doing his part in screwing Russia’s image.

Exactly…it is all “alleged”. Why not shine a bright light on all the “alleged” killings (direct or indirect) the US has carried out since the end of WW 2? What shame that Germany still allows itself to be brainwashed by the US. How about looking for a British connection to all this? The UK doing the dirty work for the US?

German Jurisprudence (yet another oxymoron)
Reply to  Vera Gottlieb

They won’t even mention the Ukrainian MP that’s demanding (and being ignored) an investigation into remarks made by one of Porko’s aides about the Maidan snipers working under opposition orders.

Of course both the Baltic and The Black Sea are all open to unrestricted trading. USA coal and liquid natural gas can be delivered via the sea ports. It is unfortunate that a commercial transaction should become a political roller-scate. Meanwhile it has been noted that hydrogen can be made by sticking two electrodes in distilled water with no more than a 12 Volt direct current battery. Unfortunately our young people have not been taught the science basics. They have been taught how to complain, however, in the name of “extinction threat”. Meanwhile they appear to be focused and entranced… Read more »

German Jurisprudence (yet another oxymoron)

The inmates have taken over the asylum in Germany. Get this little gem:

“On the same day, German Foreign Minister Heiko Maas suggested that should Russia not provide proof of its non-involvement in the poisoning, which remains to be proved, Berlin would deem the Kremlin as the culprit in the alleged attack on the opposition figure.”

So, back to the ‘guilty until proven innocent’ nonsense.  And of course, no cooperation from the German (NATO) doctors. I think it’s finally clear that Russia needs a partner like Germany like it needs a hole in the head.

Simple Truths
Reply to  German Jurisprudence (yet another oxymoron)

Anything Europe can do or make, China can do it better.

Luka-The-K9
Reply to  German Jurisprudence (yet another oxymoron)

Perhaps we expect far too much from our medical professionals. After all they have proven themselves to be an unreliable source of “medical information”. We see that clearly with the “RONA” deception. Now as for our German cousins and their cohort of admirers we must read the history of contemporary Germany. The trouble began around the year 1865 and the INSANITY has continued and worsened over the past 6 years or so. Of course the European Union, since 1995, has decided to declare itself the de-facto Austro Hungarian Empire II. Despite the fact that this union was twice defeated in… Read more » 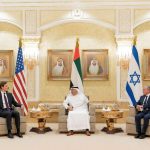 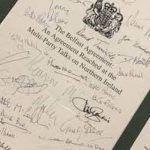