This article is republished with the permission of the author.  First published by News Junkie Post.

The disinformation campaign about the so-called Muslim ban by the Trump administration has been orchestrated in the United States, Canada, and Western Europe by most mainstream media outlets, fake-left pseudo-independent news outlets, the leading social media platforms worldwide, as well as the search engines.

What the Trump administration did by issuing an executive order restricting visas for nationals of specific countries was not a random anti-Muslim racist measure but instead a security precaution to prevent terrorist attacks funded by a still very active globalist cabal spearheaded by the puppet master George Soros, his countless associates in politics, finance and media, as well as the ruling royal family of Saudi Arabia. This incredibly powerful global network, which some have called the New World Order shadow government, is unraveling from top to bottom. Perhaps the time has come to drag the giant globalist Hydra to the shore, and watch it die, cooked by the harsh rays of the sun. 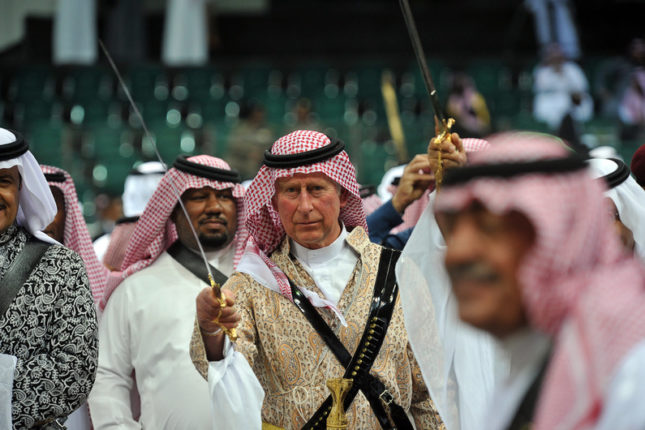 The Trump administration’s executive order has apparently already paid off, by more than likely preventing a major terrorist attack on the stadium hosting the upcoming Super Bowl, which is the biggest yearly sporting event in the US. Several days ago, Rasheed Muhammad, a non-Arab ISIS commander was arrested at New York’s John F. Kennedy Airport. Hopefully a thorough questioning by the FBI, and perhaps other agencies, will produce the names of his associates in or still outside of the US, and most importantly the persons of interest who ordered and financed potential attacks. Overall, this amounts to good old-fashioned police work, and not any sort of anti-Muslim inclination of the Trump administration. Muslims all over the world are fully aware that the Obama administration was never their friend. 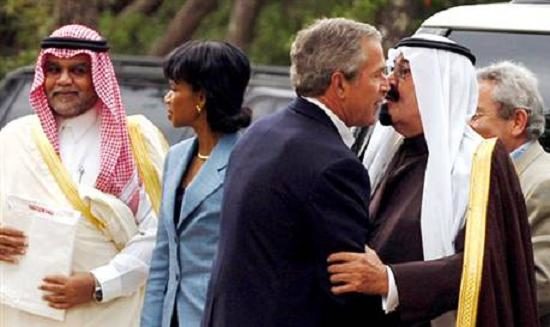 A large majority of the public in Muslim countries does not buy the notion that President Donald Trump is anti-Muslim, and the US public opinion is quickly catching up with the very same notion.

Most Muslims worldwide already know about what I called a few years ago the unholy alliance of Saudi-Arabia and the Zionists. Islam is a religion of peace unless, of course, it follows Wahhabist or Salafist precepts of Sharia law. Those two brands of fundamentalist Islam have been generously sponsored by Saudi Arabia and Qatar, and spread worldwide, including in the largely secular countries of Western Europe. This was done by building large mosques and hiring Imams to preach, indoctrinate, and often recruit European citizens with North-African, Turkish or Pakistani roots. Idle young men, with little work prospects in France, the United Kingdom, Belgium, Germany, Bosnia, Kosovo and elsewhere have been the prime targets to become Jihadists. Very few of them are actually motivated to fight a so-called holy war in the name of Allah. What they become instead is a mercenary force: a well-trained and battle-hardened foreign legion that spreads chaos for the benefit of Saudi and Qatari princes and sheikhs. This has involved the support and active participation of all US administrations since 1980, or what I have called the 36-year era of the Bush-Clinton crime syndicate, which of course includes Clintonite extraordinaire, former President Barack Hussein Obama. 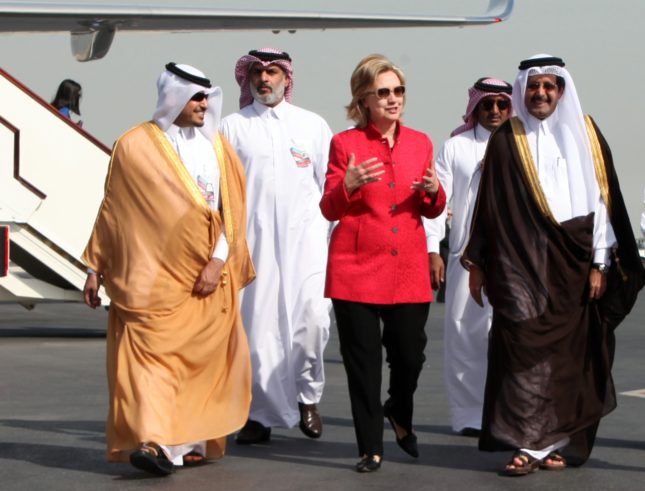 While the West’s pseudo-leftists, working mainly as propagandists for the globalist agenda, paint President Trump as an anti-Muslim racist aspiring to be Adolf Hitler — which is complete nonsense, since facts tell a different story — in an article published by the Council on Foreign Relations, Micah Zenko exposes the 2016 track record of the Obama administration’s bombing activities in seven Muslim countries. In total, the US military dropped 26,172 bombs in seven countries. The list has to be mentioned in full: in Syria 12,192 bombs were dropped; in Iraq 12,095; in Afghanistan 1,337; in Libya 496; in Yemen 35; in Somalia 14; and in Pakistan 3. These are all the bombs used by the US military through various delivery systems, including drones which was the Nobel Peace Prize laureate’s weapon of predilection. I don’t think the bleeding-heart liberals can still call their darling Obama a friend of Muslims and peace anymore, and vilify Mr. Trump. 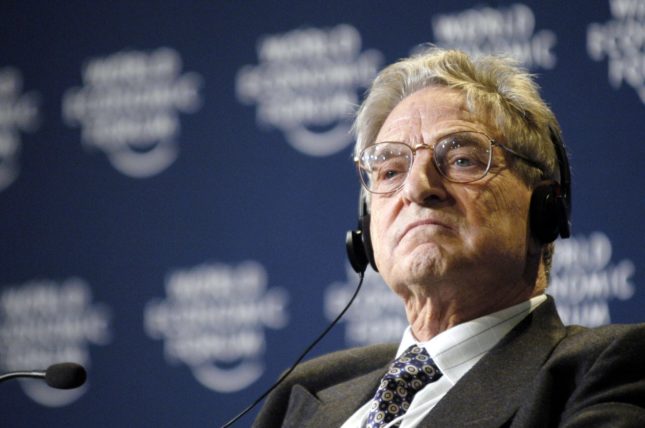 Soros: Spider in chief  of the current Orwellian construct

George Soros, through his Open Society Foundation, which is a network of more than 100 foundations with offices in countless countries including Afghanistan, has his fingerprints all over the pseudo-spontaneous anti-Trump protests, not only in the US but also worldwide. Mr. Soros has operated for decades like a fastidious giant spider with toxic Messiah aspirations. His portfolio includes political assets in many countries as well as globalist organizations like the United Nations, International Monetary Fund, and World Bank. Former French President Nicolas Sarkozy was a major Soros asset; the same goes for President Francois Hollande as well as IMF Managing Director Christine Lagarde. Canada’s current Prime Minister, Justin Trudeau, has embraced, on behalf of Soros, the anti-Trump and pseudo pro-Muslim protests. The globalist network of Soros and associates is still alive, but it has been under demolition since the defeat of one of George Soros’ pawns in the US election. Of course, the one who aspired to become the empress of Big Brother Soros’ Orwellian construct was the one and only Hillary Clinton. 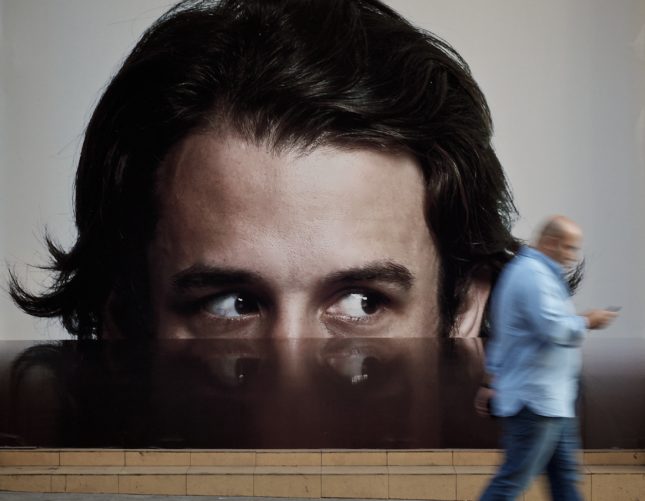 The problem for Soros, his associates, and their media and NGO affiliates is that he is bleeding money, and his global empire is crumbling like a castle made of sand. Amy Goodman’s Democracy Now! has long been fingered as a media Soros asset, the same goes for this fake left outlet’s usual guests, including Noam Chomsky, Chris Hedges, Naomi Klein, Glenn Greenwald, Jeremy Scahill, and Cornel West. Democracy Now! is hardly alone. The laundry list of Soros media and NGO assets is so long that it is hard to make it comprehensive. Worthy of mention, but in no particular order of importance, are NPR News, BBC News, The Guardian, Le Monde, and Huffington Post. Those with a veneer of real-independent left are harder to identify positively: examples are Alternet, CEPR, and TruthOut. They start out well enough, but they change their editorial line once Mr. Soros begins to finance them through his foundations or to insert some of his own people in them. 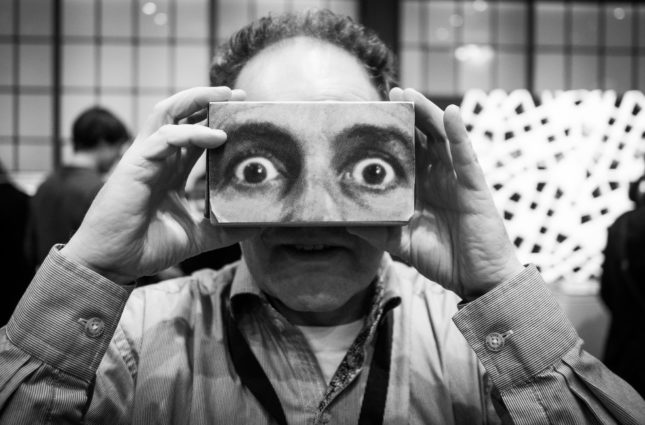 Soros has also invested heavily in human rights groups like the American Civil Liberties Union, Amnesty International, and Human Rights Watch. Petitions to impeach President Trump are being circulated worldwide by Change.org: yet another organization controlled by Soros. Change.org, together with Cause.com, Answer Coalition and MoveOn.org are the coordinators of the fake protests by women and against the supposed Muslim ban. Answer Coalition is so disconnected from reality that I am currently on its mailing list! Like most other petitions, these petitions from Soros-funded organizations are data fishing expeditions whose main purpose is to collect names and addresses. 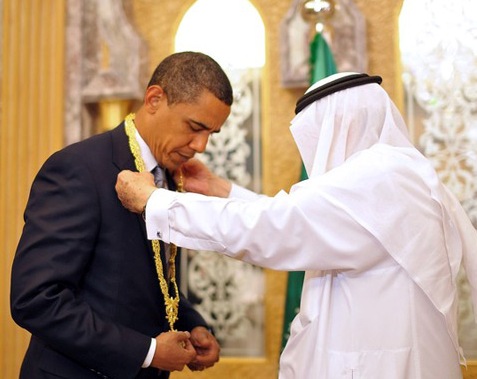 For someone like Soros and his Saudi friends — who were able to finance the fake revolutions in Libya, Syria, and Ukraine, and come up with the ISIS project — it is quite trivial to engineer women’s marches worldwide, hire former gang members to be the muscle of Black Lives Matter, and get the agreement of a few key shareholders of social medial companies and search-engine companies to make “Muslim ban” a trending topic. It is unfortunate, but as the expression goes — in the lowest-common-denominator empire under the directive of its Minister of Truth — money talks, and it has a bullhorn. Without it, George Soros and his associates would not have controlled the Western news agenda, as they have, nearly every day for decades. 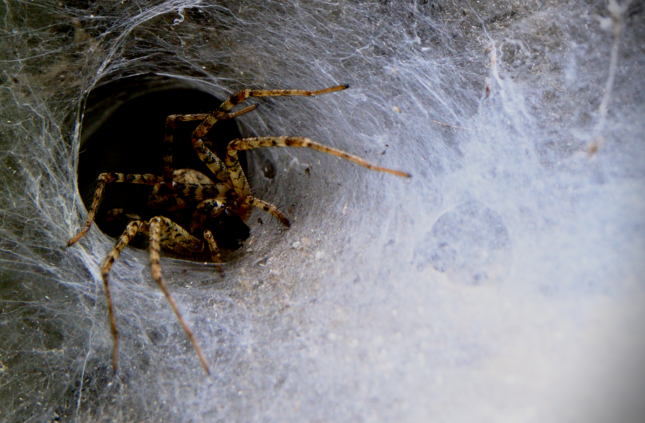 As far as the heads of the Bush-Clinton syndicate: judging by their body language at President Trump’s inauguration, it seems they are fully aware that they are looking at a losing hand. They appeared as though they were at a funeral, and possibly their only reason for being there was that they could not refuse to be present. In one particular photograph of former Secretary of State Hillary Clinton and former President Barack Obama, who was sitting in front of her, their facial expressions were grim, but what I noticed was the unusual position of their Secret Service security detail. Typically, agents look behind, in front, and to the sides of those they protect, and not directly at their charges. Might this represent some sort of soft house arrest? In my opinion, the possibility of a soft or violent coup against the Trump administration is completely ludicrous. Unfortunately for George Soros’ wimpy foot soldiers, the American people, that is, the majority who elected Mr. Trump and support him, care more about their Second-Amendment rights than their next latte or cappuccino.

Editor’s Notes: Gilbert Mercier is the author of The Orwellian Empire. Photograph four from the archive of US Department of State; photograph five World Economic Forum archive; photograph six and seven by Thomas Leuthard; and photograph nine by Dennis van Zuijlekom.