On October 19th, Gallup issued their “2021 Rating World Leaders” report and finds that “Six months into the first year of Joe Biden’s presidency, the image of U.S. leadership is largely restored in the world’s eyes. As of early August 2021, across 46 countries and territories, median approval of US leadership stood at 49%, matching the record high rating when former President Barack Obama first took office in 2009.”

Their year-by-year graph is shown of the global approval-ratings of the Governments of Germany, U.S., China, and Russia, by the populations of 44 countries, and of 2 territories (Hong Kong and Taiwan were included in their surveys because the U.S. Government wants to conquer both of those Chinese provinces, so as to weaken China). That chart clearly displays the following fact: thus far (six months into Biden’s Administration), the world viewed Biden as favorably as Obama, and far more favorably than Trump (even though Biden has been continuing almost all of Trump’s foreign policies). Apparently, the global public views Biden as being like Obama because his Party is the same as Obama’s, and his rhetoric also is similar. Though Trump’s international policies have been continued with little (if any) significant change under Biden, the world still has been viewing Biden as being like Obama (whom the world still views as having been the best world-leader during his Presidency), instead of like Trump (whom the world still views as having been the worst world-leader during his Presidency). Obama is still viewed far better than Trump, though (for example) two U.S-and-allied-banned news-sites had published, two days earlier, on the 17th, with full documentation, the major (but banned) news-report titled “First of over 200 bodies being exhumed from Lugansk mass grave. One of Obama’s atrocities.” It had been submitted to 200 news-media, and only those two published it.

Perhaps the world’s population is more swayed by rhetoric, and by Party-labels, than by a national leader’s actual policies (which, perhaps, they’ve not even known about — after all, how many know about those mass-graves?).

The Gallup surveys were done actually in 106 countries and in those two Chinese provinces that the U.S. Government wants to control, but “U.S. Leadership Approval” has, as-of yet, been calculated by Gallup only in these 46. Of the 108 total lands, 23 were in Africa, 38 in Europe (including Europe’s largest and most populous country, Russia), 30 in Asia, and 17 in “The Americas” (not including U.S., whose Government these surveys by Gallup have actually been designed to serve).

Also: “Germany’s leadership continued to be the most popular in Europe, with a record-high median approval of 62% in 2020. China, Russia and the U.S. have all lost favor in Europe in recent years, and in 2020 they were all on equal footing, with approval ratings of around 20%.”

Furthermore, in Asia: “U.S. Leadership Image Still Mired at Record Lows” and these are lows that previously had been shown during the G.W. Bush and Trump Administrations; so, the U.S. Government’s rhetoric under Biden does not, at least yet, seem to be persuading Asians as much as was the case under Obama. Perhaps the Biden Administration will need to employ less-blatantly-hostile rhetoric against China than it has been using, in order to be able to get much support from Asians against China.

And, regarding Africa, “Ratings are not yet available” that are sufficient to determine whether or not, as has been shown since 2007, “the U.S. remained strongest worldwide in Africa,”or else changed up or down.

The slaughter in East Ukraine and the slave markets in Libya, All Obama’s doing, yes, his presidentcy done far more damage and brought a helluva lot of misery and suffering to the world than president Trump.. Obama had hindsight of what the Iraq war wrought, but he still let the warmongers run amok.. Many east Ukraine Russians are dead, so why would Russia ever align with the the US empire whose actions have helped spread Islamist terror around the world.

OBAMA The postmodern coup by WebsterTarpley. 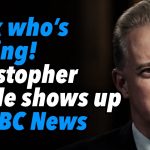 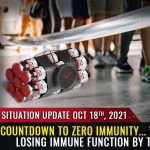