Federal government investigators launched a probe Tuesday into how the National Institutes of Health (NIH) “manages and monitors” its ongoing grant program to foreign labs, such as the Wuhan lab that Dr. Anthony Fauci has funded.

“We share stakeholders’ concerns regarding compliance and oversight of NIH grant funds. We have been monitoring this issue for some time and consider it a high-priority matter that can pose a threat to the integrity of the NIH grant program,” Director of Communications for the Department of Health and Human Services Office of Inspector General (HHS-OIG) Tesia Williams told CNN.

“Based on our preliminary research and analysis,” Williams continued. “HHS-OIG has decided to conduct an extensive audit reviewing how NIH monitored selected grants and how the grantees and subgrantees used and managed federal funds between years 2014 through 2021.”

CNN reported the probe “will look at how these grants are monitored and making sure the recipient’s use and management of NIH grant funds is in accordance with federal requirements.”

The investigation is likely to encompass Peter Daszak, the man responsible for steering U.S. government funding to the Wuhan lab, and who thanked Fauci in April 2020 for publicly dismissing the theory coronavirus may have leaked from the lab, emails revealed.

Fauci defended himself against the “misconstrued” June 3 email, stating, “That email was from a person to me saying ‘thank you’ for whatever it is he thought I said, and I said that I think the most likely origin is a jumping of species.”

Meanwhile, three researchers from the Wuhan lab became sick in November of 2019, “according to a previously undisclosed U.S. intelligence report,” the Wall Street Journal reported May 23. Then the NIH said new evidence showed Americans were presumably infected with coronavirus in December 2019, Axios reported June 15.

Director Shi’s denial comes as Sky News Australia unveiled Sunday an alleged Chinese Academy of Sciences’ video which confirms the Wuhan Institute of Virology did keep live bats on its premises, opposing the World Health Organization which has always claimed such suggestions are a baseless conspiracy.

Fauci admitted on May 25 the NIH funded the Wuhan lab but still denies “gain of function” funding of bat or other species experiments.

Sen. Rand Paul (R-KY) disagreed with Fauci’s contention, saying he lied and committed perjury over his gain of function comments.

“Absolutely, he lied to the America people. There was gain of function research going on with Dr. Shi Zhengli at the Wuhan Institute,” Paul explained.

“It’s listed at the end of the paper,” Paul said. “This paper was fined by NIAID research and it lists a ten digit number that identifies the research money she got from from the United States. Was it gain of function?”

“Well it took a SARS virus, which is a coronavirus, that’s 15 times more deadly than COVID, and it added to it S protein, which is something in the surface of it, to make it more easily infectious to epithelial cells for the respiratory tract. That to me is gain of function,” he stated.

New information has emerged casting doubt about whether Dr. Anthony Fauci has been serving the public interest or his own personal interests since the Covid-19 pandemic began.

When did the doctor have time to follow the science?

Since January 1, 2020, Dr. Fauci participated in 354 television, radio, podcast, and online interviews, including lectures, panel discussions, speeches, and press conferences. Our auditors at OpenTheBooks.com compiled a database from the online archive posted at the National Institutes of Allergy and Infectious Diseases (NIAID).

Not included in the government’s media disclosures were 1) Dr. Fauci’s book deal and forthcoming documentary film with National Geographic, 2) many of the early pandemic press conferences with Donald Trump, and 3) the current twice-per-week conferences with Joe Biden’s Covid-19 task force.

Critics have questioned why Dr. Fauci participated in so many interviews for such a long time when his position did not primarily involve public affairs.

Since 1913, the Gillett Amendment expressly limits the government’s interaction with the public by barring the “publicity man” or “propagandist,” i.e. taxpayer dollars must be used to inform the public, and not to manufacture public opinion. “Appropriated funds may not be used to pay a publicity expert unless specifically appropriated for that purpose,” the law states. 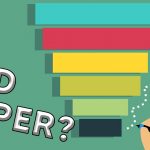 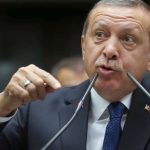