Just when you though the American left couldn’t get any crazier…check out this segment by the bravest man on television. Actually, you don’t have to be especially brave to trounce this particular piece of nonsense, although you do have to be stupid to believe it. The book Tucker alluded to in this segment on NPR can be found on Amazon, (pictured). At the time of writing it has 437 reviews on the UK site, 86% of them positive, which begs the question how can anyone be intelligent enough to order a book on-line and read it yet be so stupid as to believe this rubbish?

The author is clearly wrong when she says fatphobia is a product of white supremacy, indeed, as Murray Rothbard pointed out in his classic 1984 speech on the Federal Reserve, fatness was once a sign of wealth, if not of respectability. If you don’t believe that, check out some old black and white films and see how bank managers were portrayed.

While it is true that even today some cultures regard fatness as a sign of beauty in women, the evidence against especially morbid obesity hardly needs setting out here. If you don’t know anyone who is morbidly obese, ask a doctor or other medical professional.

At a time when any dissenting comment about Covid-19 is being censored, one is entitled to ask why this book hasn’t been banned, because it is especially dangerous to its target audience of black American women, yet there are now hundreds if not thousands of videos on YouTube about the subject, many of them pushing this ludicrous notion.

Having said that, check out Doctor Mike who currently has 8.75 million subscribers. True, he is a white man, but most women would regard him as cute – if not sexually then in a motherly sort of way.  In this ten minute video he explains in simple English what you should already know about being grossly overweight. He has made a number of other videos on the subject, and other doctors have done the same, so don’t shell out your hard earned shekels for dangerous rubbish. 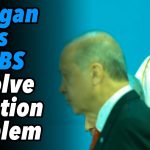