NIGEL FARAGE has decided to quit politics for good, after nearly 30 years in the spotlight.

The former leader of the UK Indendence Party, who is credited with convincing David Cameron to hold the landmark 2016 EU referendum, has decided to quit politics for good. In an interview with the Telegraph’s Choppers Politics podcast, Mr Farage has said he is resigning as leader of the Reform Party and has no plans to return to politics.

Google pays for every Person every hour online working from home job. I have received $23K in this month easily and I earns every weeks $5K to 8$K on the internet. Every Person join this and working easily by open just open this website and follow instructions
COPY This Website OPEN HERE…..  𝐖𝐰𝐰.𝐉𝐨𝐛𝐜𝐚𝐬𝐡𝟏.𝐜𝐨𝐦

thank you Alexander! nice work about a great man.

Yes. Reminds me of the Apple ad “The Crazy Ones”:

“because the people who are crazy enough to think they they can change the world, are the ones who do”

I`ve never been into European or English politics , being a citizen of NZ , but I did follow Farage for a while . I can completely understand why he has retired , nobody listened to him , they were all too busy jumping to the tunes of the Elites . Day in and day out , he reported on the illegal immigration of people being brought into Britain by boat , blatantly , during daylight hours as well as night , it was never investigated , so I guess he just gave up. Many people would have made good… Read more »

Last edited 4 months ago by The Transcriber
0
Reply

That’s no doubt important to you but fairly much irrelevant to Farrage’s life works.

Whether One agrees with him or not,the opinion of Alexander Mercouris goes a long way in understanding the ins and outs of Global Politics. While Nigel Farage my have contributed to the demise of Jeremy Corbyn, the overall transformation/destruction of the Labour Party has been largely Internal. Since its foundation in 1900, nothing has affected its political direction more ( my own opinion ) than, the Wilson Coup in the seventies, which initiated a long, drawn out and sustained attack by the political actions of special interest groups. Then, in the early nineties, while making statements such as ”There is… Read more » 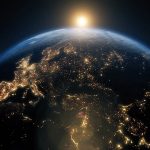 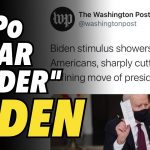