The British Library will be holding an exhibition on fake news at its main site, in London from April 22 until August 21. Tickets and details can be found here, but the introductory blurb is, er, interesting, to say the least.

“News has the power to make and break elections”

It certainly does; it nearly broke Donald Trump the first time, but succeeded the second time with more than a little help from corrupt Deep State actors, Democrat governors who encouraged “peaceful riots”, mask mandates, dubious election laws, and a $400+ million donation from Mark Zuckerberg.

“Turn everyday people into overnight superstars. And bring them crashing back down to earth.”

Half-true. Jussie Smollett was a minor celebrity when he was attacked by two imaginary white men in “MAGA country” but he hasn’t quite come crashing down yet, though he might when his lawyers present him with their final bill.

“But can it ever be truly objective?”

“And is the news you consume the same as everyone else’s?”

“When does news become propaganda?”

More to the point, when do the proper geese wake up to what is going on?

“Why do we devour crime stories and sensationalism?”

There were nearly twenty thousand homicides in the United States last year, and in the UK, exactly six hundred in the twelve month period 2020-2021. How many of these did we have time to read about?

“Who decides which stories to suppress and which to spotlight?”

Big Tech suppressed the Hunter Biden laptop story. We don’t know for certain on whose orders, but Messrs Brennan and Clapper will have some explaining to do if John Durham has his way.

There is a lot more than this going all the way back to the Great Fire of London in 1666, but it would take a lot longer than a day out to cover this subject in any depth. 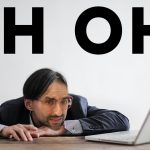 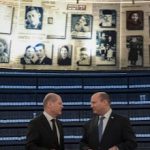