European countries have different points of view on the issue of the EU collective defence and security. These views divide the European Union and continue to weaken the organization.

Some of the EU member states realize the need to turn the EU into a real global military power.

European experts believe, that in order for European countries to be able to defend themselves and choose their own course independently, a consolidation of national defence industries is urgently needed. For this, the EU needs to create a real European Defence Technological and Industrial Base, which can only take shape through the incentives and projects conducted within the European Union.

The EU nations must have defence industries that are capable to allow EU to reduce its dependence on American or Chinese technologies.

Researchers found out that by doing so, member states would avoid losing between €25 billion and €100 billion every year due to their lack of cooperation, and could save 30% of their annual defence expenditure by pooling procurement.

Defence budgets had already been severely impacted by the 2008 crisis, as well as COVID-19, making EU countries more dependent on NATO to ensure their security. As a consequence, safeguarding the investments made in the EU defence and industry sector appears to be a matter of real urgency and a vital issue in terms of the sovereignty of European nations.

Other European countries such as Lithuania, Latvia and Estonia which are not ready to make their own sufficient investment in the European defence, prefer to completely rely on NATO and the U.S. The Baltic states cannot imagine their security without the United States’ involvement, Lithuanian President Gitanas Nauseda says.

In his words, Lithuania does not see the aspiration for Europe’s strategic autonomy as “some sort of competition with the US’s involvement in NATO activity”.

“Lithuania sees it as NATO capability’s complementary factor, and in no way there can be any opposition or competition between these two things as, otherwise, NATO’s ability to properly do its mission would be affected,” he said.

Taking part in a discussion with students of Vilnius University earlier, in his turn, Macron said Europe should be more sovereign and invest more into technology, defense to reduce its dependence on the United States and China.

“European defense is a phrase one could not utter five or ten years ago. We imagined that we can put our defense into the hands of NATO, but now we have already established a fund for the implementation of joint programs and we have structural cooperation on defense,” Macron said.

“We cannot always rely on the power that is on the other side of the Atlantic, which is probably focusing more on China and cannot give us so much attention. Therefore, it’s very important for us to be able to protect ourselves,” the French leader said.

The opposite positions could lead to a greater gap between European countries and dissatisfaction with existing frame of the organization.

“the need to turn the EU into a real global military power.” …. Is this meant to be a joke? Russian Armed Forces will blow EU away in less than 50 minutes, if necessary and unavoidable. If only the Duran could spare its (mostly intelligent) readers with such silly, childlike texts.

Lithuania ain’t got a lot to offer.

The last place any sane person would choose for a vacation. 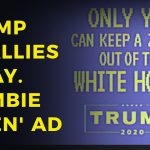 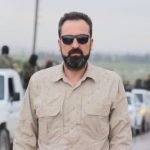