Despite the first round of US-China trade talks reportedly reaching an “optimistic” conclusion as the two sides made progress on a number of issues – including China’s controversial officially-sanctioned IP theft – the Wall Street Journal reported on Thursday that the US is continuing its crackdown on Huawei Technologies by prohibiting a US-based Huawei subsidiary from exporting technologies developed in a Silicon Valley lab back to the mainland.

The escalation comes as the US is warning its allies to avoid Huawei’s telecoms equipment due to concerns about its vulnerability to infiltration by the Chinese government, to which Huawei reportedly maintains close ties (though Huawei insists that it is an independent company cooperatively owned by its employees). The US is also in the process of extraditing Huawei CFO Meng Wanzhou over charges that she knowingly lied to banks to try and conceal violations of US and EU sanctions against Iran. 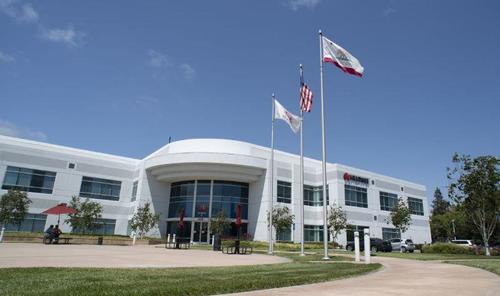 Commerce has handed down an ‘export ban’ to Futurewei – the name of Huawei’s US subsidiary – by signaling that it intends to deny Huawei’s application to renew its license. And while most of the technologies developed by Futurewei don’t require a license to export, the export ban will severely restrict its operations.

The license covered the export of telecommunications technology and software, including high-speed data-transfer technology, according to the documents. The technology had an operating budget of more than $16 million and involved more than 40 full-time-equivalent personnel.

The Commerce Department’s move isn’t a death blow to Futurewei because the majority of technologies the unit exports from the U.S. don’t require an export license, according to people familiar with the matter. The company continues to operate in the U.S.

Futurewei is contesting the decision, but the ban will remain in effect as the appeals process unfolds. The company is threatening to move its R&D division outside the US.

Wilbur Ross stressed in a statement that the Huawei export ban is “independent” of the trade negotiations (we imagine Beijing will see it that way, too).

“The process for granting export licenses is independent from our ongoing trade discussions with China,” Commerce Secretary Wilbur Ross said in a statement to the Journal.

The ban comes after Futurewei was accused in a lawsuit filed by CNEX Labs of trying to steal CNEX’s semiconductor technology.

Huawei maintains a modest presence in the US with some 1,200 employees despite being banned from selling its telecoms equipment in the US since 2012 due to being labeled a national security threat.

Huawei has been effectively blocked from selling its telecommunications equipment in the U.S. since a 2012 Congressional report labeled it a national security threat. Huawei has long denied that it is a threat, saying it is owned by its employees and operates independently of Beijing.

The company maintains a modest presence in the U.S., where it employs about 1,500 people. Many are involved in sales of telecom equipment to small carriers servicing rural areas. But the company has scaled back its public-relations outreach and curtailed efforts to communicate with Congress and federal agencies, people familiar with the matter have said. It has redirected its fight to the courts, hiring additional law firms to deal with potential challenges.

As a delegation of senior Chinese trade officials prepares to travel to Washington next week, the ban raises the question of whether the US’s treatment of Huawei will be a factor in trade talks going forward (will Beijing retaliate), or whether the Chinese will object to the US giving them a taste of their own medicine – after all, many suspect that the US’s scrutiny against Huawei is partly motivated by the race for dominance in 5G, where Huawei is facing off against Verizon and US carriers to become the preeminent purveyor of 5G technology.

Though it would seem “More honored in the breach than in the observance” as Shakespeare said.

It would be wondrous if it had ever existed! No economy in which the government or central bank controls the interest rate can possibly have a free market. The interest rate is the price of money, and if that is rigged there can be no question of a free market. Moreover, the US government has rigged all important markets since 1945 at least. Aircraft, computers, pharmaceuticals, banking…

According to this article, only about 3% of China’s exports (by value) go the USA. Frankly, they would hardly be missed (except by the many poor Americans who cannot afford to shop anywhere but Walmart and dollar stores).

Huawei should simply pull the operation out of the USA.And reciprocate by forbidding US subsiaries in China to exprt technology to the USA.

“The US is agreement incapable.” Sergei Lavrov

When the US started going down the road of incorporating spyware into electronic goods from, mobile phones, computers, smart TV’s, vaccuum cleaners etc; there was a blind acceptance that it was a marketing ploy to determine consumer habits and increase user efficiency. In other words, it was a voluntary measure by industry in conjunction with the US NSA; to spy on US consumers. In that context, the US Imperialist campaign to wage a “Monopoly-driven” trade war with China by attacking Huawei’s G5 Network; is based on a monumental lie. US Monopoly greed asside, the false accusations of Chinese State control… Read more »

When the US started going down the road of incorporating spyware into electronic goods from, mobile phones, computers, smart TV’s, vaccuum cleaners etc; there was a blind acceptance that it was a marketing ploy to determine consumer habits and increase user efficiency. In other words, it was a voluntary measure by industry in conjunction with the US NSA; to spy on US consumers. In that context, the US Imperialist campaign to wage a “Monopoly-driven” trade war with China by attacking Huawei’s G5 Network; is based on a monumental lie. US Monopoly greed asside, the false accusations of Chinese State control… Read more »

Wilbur Ross stressed in a statement that the Huawei export ban is “independent” of the trade negotiations. China would not see it that way, but the US has a history of making American Interests and Law Sovereign over the other Nations. The US told the Russians when they withdrew from the SALT Treaty in 2002, which prohibited the deployment of anti-missile missiles in Europe, saying they were aimed at Iran who didn’t have missiles reaching that far or nukes. The Russians are not as stupid as Americans who don’t question much of anything. The Russians could see those missiles, now… Read more »

This is more of the same: the US destroying a foreign company that outdid it’s US competitors. It is not unlike the US destroying Megaupload and FIFA with questionable legal authority.and not because those entities did anything wrong in their operations but because they were independent of US control and because they were successful. Megaupload was destroyed because it wasn’t the US who got the money just as now Huawei is getting destroyed because they are ahead in the development of 5G networks. Huawei will do well to move it’s R&D operations outside the US since no matter how law… Read more »