The Duran’s Alex Christoforou and Editor-in-Chief Alexander Mercouris discuss the UK decision to crackdown on Chinese telecom giant Huawei based on “national security risks”, and remove Huawei’s hardware footprint from the UK’s telecom infrastructure by 2027.

When the UK made the unwise decision to join the US’ politically driven crackdown on Chinese telecom giant Huawei based on fabricated “national security risks,” it seemed to be ready to take the countermeasures from China even at the cost of the interests of the UK’s businesses.

As China is evaluating the development and is expected to take countermeasures to protect the legitimate rights and interests of Chinese enterprises, here is a list of the available options for China to fight back.

Chief among the options, China could call for businesses to revise their investments in the UK. With the discriminatory act, the UK has made it questionable whether the country can provide an open, fair and non-discriminatory business environment for companies from other countries. The UK is China’s largest investment destination in Europe. If some Chinese companies, especially state-owned enterprises, start to pull back investments and sell assets in the UK, this could cause more Chinese companies and even other Asian countries’ businesses to reconsider their plans to invest in the UK.

For UK companies in China, especially those largely benefiting from bilateral cooperation, the UK has complicated their situation by taking the first step of politicizing commercial and technological issues. The UK’s interference in the Hong Kong issue had already made companies like HSBC suffer. HSBC’s support of the national security law and further investment plans in China have clearly shown its objections to the UK’s practice of curbing China. Companies like HSBC may start lobbying the UK government as their interests are further impacted.

China-UK trade remains in a stable condition despite the impact of COVID-19. But since the UK has started violating free-market principles, China may take corresponding measures. China could even consider cancelling the UK’ s most-favored-nation treatment. Overall, bilateral trade may see a decline, but China could tackle the impacts by expanding domestic demands.

In terms of the financial sector, China is a vast market for the UK’s financial services. If China starts to transfer parts of its financial cooperation with UK companies to their European competitors, their profits will see severe impacts.

China can also expand the influence of the yuan in Europe and we can join forces with the euro. Following Brexit, it is very difficult for the UK to maintain the dominance of the pound in Europe. Because the EU is also reluctant to see the strengthening of the pound, it means that the yuan and the euro can gradually expand in the European market and finally suppress the pound. And this is feasible.

The UK should not forget that China’s economy has gained significant strength and the UK’s available options are fewer than China’s in a showdown over not just technology but also the Hong Kong issue. Of course, although China may fight back, it will not blindly escalate the situation. China’s possible countermeasures are expected to be accurate, reciprocal and justified.

It should be noted that the UK government has given a buffer period in its Huawei ban, indicating that banning Huawei is a difficult action for it to take. There is reason to believe that giving the UK some time, as more UK companies taste the pain and start to be dissatisfied, they will let the government understand that the Huawei ban is a very unwise decision and the UK should change its attitude, before it is too late.

The author is a research fellow at the Chinese Academy of Social Sciences’ Institute of European Studies. bizopinion@globaltimes.com.cn

The Chinese are years ahead of the rest of the high tech world in 5G, 6G and beyond. The USA & UK will not be able to catch up with Russia, China or India with 5G growth in the short term. The US CIA and UK MI have shown they cannot be trusted with their corrupt security operations. Huawei will not suffer from this as I am sure they expected the outcome (USA & UK). This is still more about USA trying to take out a competitor rather than compete. By 2027 who knows what will be going on in… Read more »

This is what the US has been doing for the last decade now, trying to take out competitors, instead of competing, because they cannot compete. Their prices are too high, their service is bad, their products too expensive. Another example: trying to bully Russia and Germany because of Nord Stream 2. What can the US offer? No cheap gas, only bullying and a bit of hot air. Phui!

Great analysis and great summarizing of the facts – yet I must admit to a tinge of disappointment in the Duran’s almost reflexive embrace of ‘geopolitical’ inevitability. The Austrian economic perspective is so much richer, so much more optimistic, and so much more revelatory. In the 1970s in a variation on the famous Khrushchev Kitchen debates, President Nixon approached the communist Chinese with a simple message: ‘Free market capitalism. Try it you’ll like it.’. And so they did – and are now loving it. Take Huawei. It employs nearly 200,000 people in some 170 countries. Similar story for Apple. GM… Read more »

The old cold war wasn’t just fought in Europe as Mercouris asserted, in point of fact there was a real series of shooting of hot wars fought in South East Asia – China, Korea, Indo-China, and a second Cold war which may turn hot war is in the offing in the South China Sea. I must say that I detect a certain undertone of tacit hostility toward China in the shows geopolitical equi-distance. The outlook has an undertone of pro-Trump and seems to have adopted – as has Trump – a virulent anti-Chinese posture. But this is not an equal… Read more » 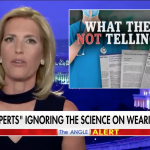