In case you haven’t heard of her, Elizabeth Loftus is the world’s leading authority on false memories. A professor of law as well as a professor of psychology, her CV runs to over forty pages.

Impressive credentials are by no means indicative of an impressive intellect, as the recent insane testimony of a feminist law professor reminds us, but criticism should be grounded in fact, and over the years, criticism of Professor Loftus has been based largely on distortions and slander. The latest such vilification comes from the Roberta Glass crime podcast which guested a prosecutor from Los Angeles named John Lewin. She was portrayed as dishonest, predatory, greedy, and apparently a friend of serial killer Ted Bundy. These allegations are based on what, exactly?

Over the decades, Professor Loftus has been called as an expert witness on the frailty of memory in numerous criminal trials including some very high profile cases. As might be expected, these calls have come almost exclusively from defense attorneys for the simple reason that prosecutors don’t generally want to cast doubt on the veracity of prosecution witnesses.

Rather than deal with the attacks on Loftus, let us look at some of the claims and insinuations of the Roberta Glass podcast. First, something positive, there have been and are many campaigns in the American and other media on behalf of people who have been convicted of heinous crimes on absolutely overwhelming evidence. Two such recent cases are those of Rodney Reed and Julius Jones. Reed is a serial rapist who murdered a young women in Texas nearly thirty years ago. Although he was sentenced to death in 1998, a serious of spurious appeals has kept him alive.

Julius Jones was a professional criminal who murdered a man to steal his car in 1999. Although he was still a teenager, he was sentenced to death, and again a series of spurious appeals led to interminable delays until November last year when the Governor of Oklahoma commuted his sentence to life without parole literally hours before his scheduled execution.

Roberta Glass has no time for the blatant liars behind these and similar appeals, but by the same token she goes way too far with other cases. The not quite four year old Madeleine McCann was kidnapped from Praia da Luz, Portugal on May 3, 2003. The bizarre circumstances of her disappearance and the intense media scrutiny that went on for years led to her parents being accused and even mocked in some quarters as responsible. Roberta Glass joined in that mockery. Two years ago, a German paedophile was named as the almost certain killer.

Glass also believes Michael Jackson to have been a paedophile and Bill Cosby to be a serial rapist. Elizabeth Loftus testified for the defense in both cases although the Jackson case wasn’t about false memories but liars. The Cosby case has been discussed here. Loftus also testified for the defence in both the Harvey Weinstein and Ghislaine Maxwell trials although again these were cases about liars rather than false memories. Most of Weinstein’s victims appear to have had sex with him for the usual sordid reasons of women who exploit their sexuality to advance their careers then withdraw their consent retroactively.

Returning to the subject of memory, the implication from this podcast is that false memories are an illusion and that repressed memories are a real thing. When a woman claims to have been raped twenty years ago and to have repressed the memory, or when a man claims to have been sexually abused by a scoutmaster in his boyhood, these people must be believed uncritically. While it is true that some serial sexual predators do get away with their crimes for years, even decades, there have been some terrible miscarriages of justice in such cases. Then there is eyewitness testimony.

Long before Elizabeth Loftus was born, the criminal justice system realised that a disinterested eyewitness can be both totally sincere and totally mistaken. In England, the Adolf Beck case led to the formation of the Court Of Criminal Appeal in 1907 (now the Court Of Appeal, Criminal Division). Seventy years later, the same Court came up with the Turnbull Direction in cases where a fleeting glimpse may lead to misidentification. False memories are somewhat different.

Elizabeth Loftus has a famous saying: most people think of memory as a video that can be played over and over again, but it is really like a Wikipedia page that anyone can edit, including accidentally. Before discussing actual cases, here is an experiment you can conduct to prove the veracity of that statement. Watch a documentary, feature film or home video you have seen before then press the stop button just before someone says something or does something you remember specifically. You will be surprised how often your prediction is wrong, slightly or not so slightly.

Obviously as time passes we forget details, dates, etc, but we also misremember. Now let us look at a few cases in which memory plays tricks on us. Among her enormous body of work, two studies by Loftus stand out: the lost in the mall experiment, and here she is explaining The Bunny Effect, how she and her team convinced adults who had visited Disneyland when they were young that they had met Bugs Bunny there.

Outside the laboratory, false memories can be tragic rather than humorous. Back in the 1980s, young women would go into therapy for eating disorders and come out believing they’d been raped by their own fathers. Cases of this nature can have tragic outcomes but that of teenager Nicole Althaus from the early 1990s was so far off the planet the authorities could conclude only that this poor girl had been brainwashed by a therapist.

The effects on memory of alcohol and drugs (whether recreational or prescription) are well known, but one of the most important such cases regarding a false allegation of sexual assault dates from only 2017. Rodney Anderson of the Oklahoma Sooners was accused of forcing himself on a woman, but her contemporaneous text messages told a different story.  Women more than men are vulnerable to flashbacks when they drink heavily or use drugs. Such flashbacks can come days, weeks, years, even decades later, and can be based on misinterpretation of real incidents or be entirely imaginary. The witch-hunt of Bill Cosby was built on one such incident.

Childhood amnesia coupled with confabulation later in life is almost certainly responsible for many allegations of child sexual abuse by adults; this is something that has been known since at least the 1890s, yet the sexual grievance industry never points this out to women who are “triggered” by a TV soap opera storyline about child sexual abuse.

A lot more could be written on this subject, but the point should be taken. Elizabeth Loftus has been the subject of worse calumny than that directed at her by the Roberta Glass podcast, but there is no need for you to be taken in by any of it.

I would like to see an analysis of the “Little Rascals day care sexual abuse case” of the early 90’s where hysteria rather than the truth was the order of the day.

for the maddie mccann case, the blood & cadaver dog hits, pretty much by themselves, implicate irreversibly the parents in having done whatever led to maddie’s death… pm brown had for some bizarro reason, waaay too much to do with getting the parents off the hook.

“The not quite four year old Madeleine McCann was kidnapped from Praia da Luz, Portugal on May 3, 2003. “….. “Two years ago, a German paedophile was named as the almost certain killer.” The McCann parents were certainly responsible for Madeleine McCann death (accidental or otherwise), as far as I am concerned. Gerry and Kate McCann were Swingers who engaged freely in promiscuous sex, and the best theory was that Madeleine McCann was giving sleeping pills, while her promiscuous parents went out to a swingers sex party. I suspect that when they arrived back to their Holiday apartment, Madeleine McCann… Read more »

roberta glass has some great interviews, with lots of info that easily makes a case against the mccanns; & the the swinger stuff among other reasons, definitely makes a motive for them to try to cover it up, but at which they failed miserably since just too many oopses occurred which a legit police investigation would exploit & which amaral did or at least got started at. 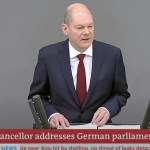 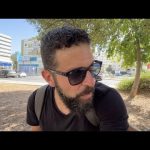