Democrats face accusations of fraud in House race after 28,000-vote lead on election night erased by judge and mail-in ballots

Democrats face accusations of fraud in House race after 28,000-vote lead on election night erased by judge and mail-in ballots

Given the fraudulent elections in the US, how will they be able to accuse other countries of election fraud, or insist upon their having international observers during elections in the future? I mean without derision and accusations of extreme hypocrisy. Trump predicted that there would be massive fraud with mail-in ballots, and he was right. The US (while itself meddling in many elections worldwide) has accused certain other countries of meddling in its elections but nothing can compare with how the US has interfered with the outcome of its own elections. It has cheated its own people in national and… Read more » 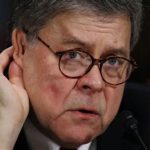 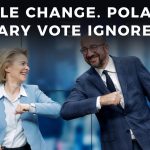