An interesting article explaining the connections that Bill Barr has had with the CIA and Mueller published by Dr Rich Swier, written by Kelleigh Nelson

The Rule of Law, (no person or government is above the law) apparently doesn’t apply to members of the Deep State.  Attorneys Joe diGenova and Victoria Toensing repeatedly tell Fox News that AG William Barr is cleaning up the intelligence community.  Barr has been at the job for seven months, and as of yet, no one has been charged.

While the many patriots who supported the election of Donald Trump have suffered immeasurably, those who colluded to destroy Trump’s chances of winning and then to frame him with the false Russia narrative, are still running free, writing books and being promoted on mainstream media.  And many of them are still in the AG’s office influencing his actions.

Diana West, author of American Betrayal and The Red Thread stated that when President Trump chose William Barr for his AG, her heart sank, and for good reason.

Who suggested William Barr?  Why was Barr chosen, given his shocking and deeply criminal/cover-up kingpin background?  My guess would be the President’s closest advisors including the Vice President who was in charge of the Trump transition team.

The new head of the Justice Department has known and admired the president’s adversary, Robert Mueller, for 30 years, and President Trump seems fine with that.  Their relationship, which Barr described in public during his Senate confirmation hearing, is a reminder of the small size of Washington’s legal and law enforcement worlds.

Barr and Mueller first crossed paths at the Justice Department during the George H. W. Bush administration. When Barr served as attorney general under President George H. W. Bush in 1991 and 1992, Mueller was the assistant attorney general heading up the criminal division.  But the relationship goes further. Their wives are close friends who attend Bible study together, and Mueller attended the weddings of two of Barr’s daughters.

During his Senate confirmation hearing, Barr praised Mueller’s “distinguished record of public service” and said the special counsel’s probe is proper and should be allowed to proceed without interference. That’s a sharp contrast to the acting attorney general Barr replaced, Matthew Whitaker, who called Mueller’s appointment by his and Barr’s close friend, Rod Rosenstein, “ridiculous” and “a little fishy,” among other things.  Barr’s high praise for Mueller is the nucleus of my unease with the new AG.

Conservatives have long cited the bond between Mueller and Comey, whose firing by Trump prompted the special counsel’s appointment by Rod Rosenstein, as evidence that Mueller was hopelessly conflicted. And now Barr has failed to charge Comey who deliberately leaked government information to someone outside the Department of Justice (DOJ) in order to prompt a Special Counsel.

Robert Mueller’s modus operandi for the last 30 years hasn’t changed. Sidney Powell’s brilliant expose of the Deep State in her book, Licensed to Lie, exposed the core group of federal prosecutors who broke all the rules, made up crimes, hid evidence, and sent innocent people to prison.

Robert Mueller and his pit bull, Andrew Weissmann, a true villain, ran the cabal of narcissistic federal prosecutors who broke all the rules and rose to great power. This ilk of lying human debris was in charge of the efforts to destroy our duly elected President.  Both Congressman Louie Gohmert’s expose and Louisiana State Senator John Milkovich’s book, Robert Mueller Errand Boy for the New World Order, expose years of corruption and unconscionable conduct…conduct which should have resulted in their disbarment.

Compromised by Terry Reed is the true story of Bill Clinton’s sellout to the CIA.  The expose is Reed’s own eyewitness account.  He was a former CIA asset whose patriotism transformed him into a liability when he refused to turn a blind eye to the Agency’s drug trafficking. While helping the CIA set up its secret operations, he unwittingly compromised his family’s safety, ultimately forcing them to become fugitives.  Realizing that he witnessed the making of a counterfeit President and knew too much about its drug operations, the CIA set out to destroy Reed and his family.

Clinton’s political ambitions and his campaign pledge to create jobs for Arkansans led him to choose CIA support to help in his bid for the Presidency.  He permitted the CIA to use Arkansas factories to make untraceable weapons and he allowed CIA contract agents to train Contra pilots on rural airstrips in support of the war in Nicaragua, effectively evading the Congressional ban on military aid to the Contras.

Clinton split with many other state governments in sending a contingency of the Arkansas National Guard to Honduras to train the Nicaraguan Contras on how to overthrow their Sandinista government. Clinton would also discuss his first-hand knowledge of the operation with now-Trump administration Attorney General William Barr.  As a CIA operative, Barr became the Attorney General of the United States, not once, but twice.

In the 1980s, Terry Reed knew William Barr under a different alias as a CIA liaison to Reagan’s CIA Director William Casey in Arkansas.   Barr was supposed to be running a CIA cutout called Southern Air Transport.  Reed later saw William Barr become AG under Bush 41, and connected him to the man he knew as Robert Johnson.

Clinton’s secret was shared by then Vice President Bush who was also compromised by his involvement.  The Justice Departments of Reagan, Bush and Clinton orchestrated an ongoing cover-up in the Iran-Contra scandal.

The issue of notification of Congress about imminent clandestine activities was at the heart of the Iran-Contra scandal when President Ronald Reagan and CIA Director William Casey specifically ordered that lawmakers be kept in the dark about the infamous, covert arms-for-hostages deals with Iran.

Barr chastised Clinton for his sloppy handling of the delicate operation and his half-brother, Roger Clinton’s, very public fall from grace for cocaine use and then his pardon by Bill. He would later tell Clinton, according to Reed, Bill, you are Mr. Casey’s fair-haired boy … You and your state have been our greatest asset. Mr. Casey wanted me to pass on to you that unless you f*** up and do something stupid, you’re No. 1 on the short list for a shot at the job that you’ve always wanted. You and guys like you are the fathers of the new government. We are the new covenant.

Clinton was ultimately rewarded with the Presidency.

Attempts to investigate Clinton’s role in the Mena operations and the Iran-Contra affair were allegedly axed by Clinton’s own confidantes, who consistently denied he played a role in the scandal. According to the Wall Street Journal, former IRS investigator William Duncan teamed with Arkansas State Police Investigator Russell Welch in what became a decade-long battle to bring the matter to light. All of the nine separate state and federal probes into the affair failed.

Since 9-11 the USA system has had layer upon layer of lies and corruption.

That has reflected across to the EUR where Soros has led the destruction.

Now the polticians and the civil service can only operate “bent”.

They know no other way.

If they try to be “straight” they loose their jobs never to work again.

Moreover they can and do suffer physical threats.

Sara A Carter has some strong words:

“Buck Sexton: We must check the 2020 election results for the sake of future elections”

This is what Barr said:“There’s been one assertion that would be systemic fraud, and that would be the claim that machines were programmed essentially to skew the election results. And the D.H.S. and D.O.J. have looked into that, and so far, we haven’t seen anything to substantiate that…..”

“To date, we have not seen fraud on a scale that could have affected a different outcome in the election.” Just maybe your wrong about Barr.

I read “Compromised” about 25 years ago and this is the only time I have ever seen a report on it anywhere. You cannot understand anything about what has happened in America unless you read it.👍👍👍 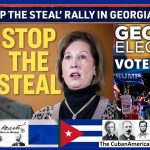 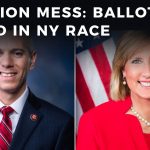