Almost $150,000 has been raised overnight for Captain David Dorn, an African-American man who was shot dead by looters as he tried to defend his community, with none of the money coming from celebrities who are instead fundraising to bail out criminals.

77-year-old Dorn was shot in the head after he tried to repel looters from a pawnshop he was providing security for in St. Louis.

Video footage shows Dorn dead on the sidewalk as the person filming the video asks the looters who killed him, “All over some TVs?”

“All over some TVs.” 77-year-old St. Louis retired Police Captain David Dorn was shot dead by looters when he tried to get them to stop looting a local pawn shop. pic.twitter.com/Xtvii4HoB1

St. Louis Police Chief John Hayden told reporters Dorn, a father of five, had been a “fine captain” and was looked up to by the department’s younger officers.

“Dave Dorn was a great man. He was fair — the sharpest, cleanest guy,” he said.

Our highest respect to the family of David Dorn, a Great Police Captain from St. Louis, who was viciously shot and killed by despicable looters last night. We honor our police officers, perhaps more than ever before. Thank you! pic.twitter.com/0ouUpoJEQ4

Dorn’s death will receive a miniscule amount of attention in comparison to that of George Floyd, despite both being equally tragic. At least five African-Americans have now been killed as a result of the riots since they began last week.

Since last week, celebrities such as Seth Rogen, Justin Timberlake, Harry Styles and Chrissy Teigen have raised millions of dollars which will be used to bail out rioters and criminals.

Since his death became public knowledge yesterday, not a single one of these celebrities has come forward to offer even a word of sympathy for David Dorn, never mind a single dollar donation.

It appears as though Black Lives Matter only when their deaths can be exploited for absolute chaos.

Jack Posobiec has started a fundraiser for David Dorn’s family and in the absence of donations from celebrities, who are more interested in helping violent criminals get out of jail, you can lend your support here.

As shown in this article, it is becoming increasingly clear that the implementation of contact tracing for the COVID-19 pandemic is being used to track demonstrators:

Not about cv-19, check. Not about demonstrators either. It’s about tracking and controlling everyone, all the time, forever.

This whole riot business is not about Afro-Americans at all, it is about damaging President Trump. This thing is a false flag, initiated by the US deep state.

Who was the man using George Floyd’s alias in Minnesota? 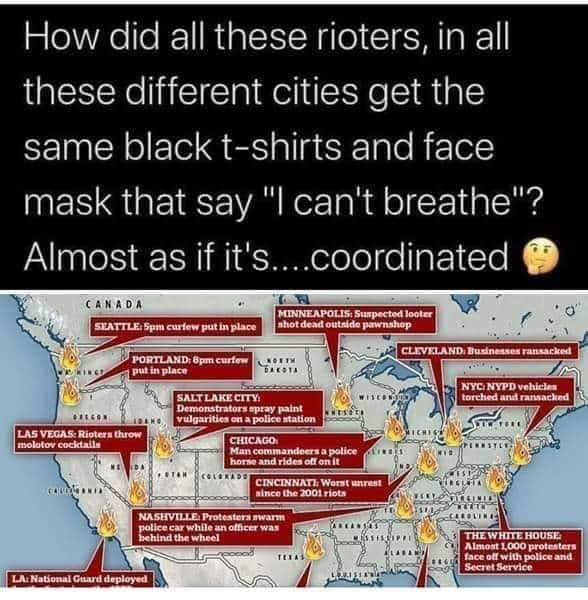 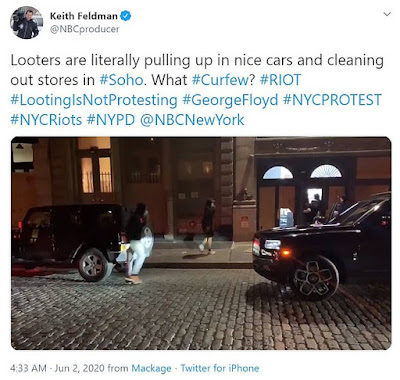 And the police think kneeling before ‘protestors’ will somehow keep them safe? It only makes them seem weak and ineffectual and those who lust for power via revolution will capitalize on that. Mr. Dorn, if he were alive today, would likely have thought the same.   The Duran should be writing and talking about Secretary of Sedition, Mark Esper’s impromptu news conference to directly contradict his boss, President Trump. In addition, the seditious comments by retired general James Mattis are extremely dangerous and should be discussed. The {{{deep state\\\ wants a revolution and they intend to have one by whatever… Read more »

“The medical examiner said that, in addition to covid 19, George Floyd had “arteriosclerotic and hypertensive heart disease, fentanyl intoxication, and recent use of methamphetamine and cannabis”

“Lawyers say that police charged with murdering George Floyd, have strong legal grounds for being acquitted, if the courts are not biased, because:

Minneapolis Police written rules of conduct specifically authorise and approve knee-on-neck tactics to subdue persons resisting arrest, and speak of training to use such techniques.

“The El Neuvo Rodeo night club where Chauvin and Floyd worked as bouncers, is said to be tied to the Sinaloa Cartel drug trafficking organisation, which is in turn is said to use Latino advocacy movements such as La Raza as a cover.

“Maya Santamaria who used to own the nightclub, and knew Chauvin and Floyd as quoted in media, owns a Spanish radio station, ‘La Raza’.

“The police precinct involving the officers and with evidence there, the nightclub, and the radio station, are all burned down now by ‘rioters’.

“Minnesota is a known hub for human, drug and money trafficking, a Sinaloa cartel stronghold”

“Sinaloa Cartel leader, Joaquín ‘El Chapo’ Guzmán, was a few cells away from Jeffrey Epstein in the same jail when Epstein was allegedly ‘suicided’

“Is there a cover-up because big politicians are involved, of what may have been a mob hit caught on video?”

screenshot of 4chan thread on this 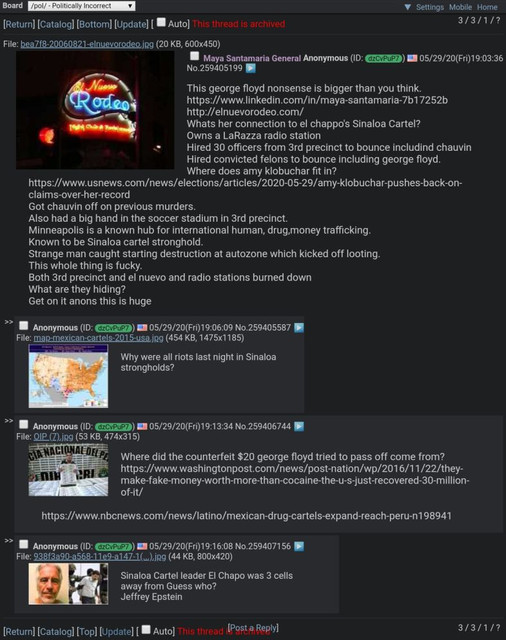 George Floyd was a do-no-gooder. He had a criminal record, sat in prison, was a drug addict (possibly a drug dealer, too). So many people have lost their businesses by burning, looting, vandalizing mobs in the USA, following this low-life individual’s death. Was it really worth it?   WIKIPEDIA: Following a string of arrests for theft and drug possession, Floyd was charged in 2007 for armed robbery in a home invasion; he took a plea deal in 2009 for five years in prison. In 2014, he moved to Minnesota, where he provided security at a night club. On May 25,… Read more »

The Effect of Jewish Control of the Media   These are the facts of Jewish media control in America. Anyone willing to spend several hours in a large library can verify their accuracy. I hope that these facts are disturbing to you, to say the least. Should any minority be allowed to wield such awesome power? Certainly, not and allowing a people with beliefs such as expressed in the Talmud, to determine what we get to read or watch in effect gives this small minority the power to mold our minds to suit their own Talmudic interests, interests which as… Read more »