YouTube, amazingly to this point has NOT banned this video we are presenting. This is a talk given by Dr Ryan Cole in the state of Idaho in the United States. He gives a very thorough rundown about COVID and the treatment methodologies employed – what works, what doesn’t, what is wise, what is stupid and at the end of his talk he dwells on the topic of the “vaccine” for the virus.

As with most pieces I write, my own personal bias was piqued at learning of this video, so when I watched it I was surprised to unlearn some things that actually, Fox News was talking about as great treatments. Remdesivir is reviewed here, and it is noted that a lot of people who get this treatment are not benefitted by it because it is given too late, when the virus has reached its maximum replication state (Remdesivir does work to slow replication, but this is useless if the person has been sick for a few days, as in about one or two days of being sick, COVID hits its maximum and the immune system is in full mode or “hyperdrive” if there is a cytokine storm.) Other treatments that are far cheaper do work, and Dr. Cole notes an example of regions in India that are reportedly COVID free after administering older and proven drugs that the WHO would rather not talk about.

If this video gets removed from YouTube, which is quite likely as it does not follow COVID-19 “orthodoxy”, then follow this linked text to BitChute, where the same talk can be viewed on a free site. The YouTube video is longer, apparently there is some additional discussion, but the first thirty minutes will give most of what one needs to get from this doctor.

Masks do not work at all. If you look at the title graphic for this news piece you will see a COVID case graph for North Dakota, which implemented mask mandates, and South Dakota, which did not. Judge for yourself.

Vitamin D is very important for the upkeep of the immune system, and people living in latitudes higher than 35 degrees (north or south) go through at least a few months in the year where they cannot generate enough Vitamin D through exposure to sunlight. The doctor dwells very strongly on this as a key preventative agent.

Ivermectin is seen to be extremely effective in treating COVID-19 as well as a variety of other diseases. Ivermectin is also panned by the politically powerful.

The vaccine, so to speak, at least the mRNA type, is not what we would normally consider a vaccine. It is an experimental treatment and while it is not likely to make people grow three heads or turn into Vladimir Putin, in the doctor’s view, it is something that may cause problems down the road. This has been evidenced by test animal subjects who developed problems within six to twelve months after being injected with mRNA treatments.

And of course, there is a lot of pocket lining going on with the types of treatment and the types of rhetoric being used in the US in particular. We have the COVID virus in Russia, in fact, Russia is number five in the amount of cases in the world, However, nowhere is Russia are people being driven into hysteria over it, something also true in the number two nation, India. But in the US, this could not have been a better catalyst or weapon for tearing the country apart.

American readers ought to consider this – that the United States has experienced by far the most disruption through the manipulation of power and people under the pretext of “safety.”

We are all being massively hoaxed, and the Coronavirus itself is far less dangerous than the wishes of those using it to cow populations all over the world, but especially in the United States.

Be smarter than them.

Haven’t been sick, or had any cough, running nose, sniffles.
So I haven’t worn a mask yet, nor do I plan on it. Never had a “Flu shot” not do I plan to have a “Kung Flu shot” I’ve never been a herd animal don’t plan to become one now. Let freedom ring🇺🇸🔔👍🤠

Was in Mexico day one of the pandemic was with my Mexican buddies in a vehicle day after day(January thru June) going surfing then at the beach all morning then downtown Mazatlán for most of the afternoon all this with no mask except where I had to(stores).Was tested before I left Mexico to get into ALASKA (negative)Spent all summer and fall in Alaska came down with a 3 or 4 day cold in December,told my friends after I was better they said you get tested I said no didn’t want to create Drama(strong chance authorities would have said positive and… Read more »

Love your lead-in to this video, It’s better within your context.

Where can we obtain Ivermectin? We live in Washington state and so far can not get it. Dogputter@aol.com

Spread the word, low levels of vaporized Hydrogen Peroxide or Ozone are very effective at DESTROYING any and ALL Pathogens! Use a Ultrasonic Vaporizer for the Hydrogen Peroxide and a HV, NOT UV, source to generate O3! Each has a 30 Min “Half Life” before reverting back to harmless H2O or O2! “If you don’t know the words you can’t ask the questions. If you can’t ask the questions you will never find the answers!” NOTE: “Fictions of Law” are incapable of bringing an action in a legitimate court as that would be a direct violation of “Due Process” where… Read more » 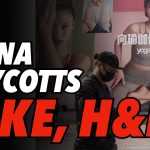 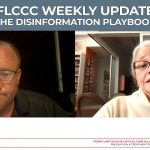