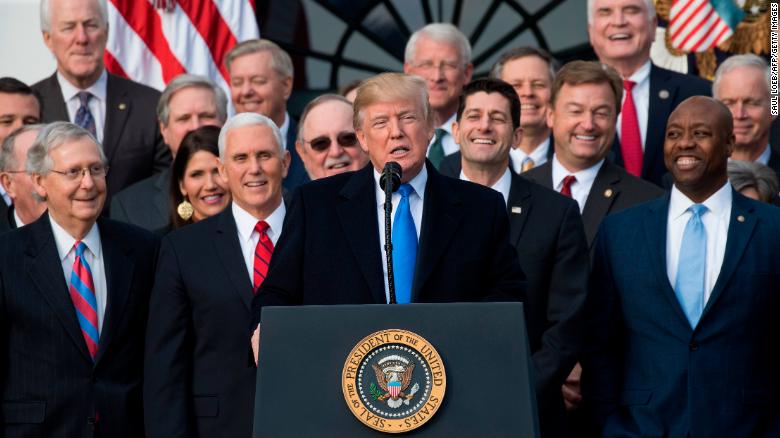 The Washington Examiner gave a pragmatic and helpful perspective on the real accomplishments of the freshman president of the United States.  You can see this piece here.

Jobs and the economy

Restoring confidence in and respect for America

While there are certainly some issues this author is concerned about, such as the continued lack of normalization of relations with the Russian Federation and the apparent lack of change in American foreign policy which is still largely affected by Zionism, there are nonetheless many good things that were done here.  Having a businessman for President, and then having such an organized and clear list of accomplishments shows this Trump fan that this was a vote well-cast.  One hopes for further good changes in the years to come.

All this accomplishment is good only if you think in terms of money. It is stupid to cut off trade and relations with Cuba, which helps create better understanding between the people of both nations. It is stupid to stop protecting the environment, in which all life on the planet depends. The ending of ACA without a suitable replacement will create a health care disaster in the U.S. and force most to use the emergency room at hospitals since they can’t afford the astronomical health care costs without insurance. The new tax bill will only help the already obscenely wealthy… Read more »

Agree on Cuba…that is a return to the ‘bully on the block’ attitude….health care benefits the providers…and they are the greediest of the lot…they all seem to take the “Hypocrisy Oath”…the obscenely wealthy will always be obscenely wealthy….now if wrong correct me…but the tax cut is for the corporations, separate entities by law, hence any funds funnelled to the owners/shareholders, instead of being used to increase ‘capacity/jobs’, would be taxed at the going rate…ah well, we’ll see what develops…so far despite the corrupted media’s ‘doom and gloom’ Trump can do NO ‘right’ attitude is getting boring…time to take their heads… Read more »

Sorry guys, I think you took a right turn at Alberqueque, this is the Red Pill Times, not the Red Army Times.