Back in October, after the British magazine The Economist published an edition with a grotesquely hideous cover picture of Vladimir Putin, I wrote that The Economist had disgraced Britain and itself.

I am sorry to say that the cover of Der Spiegel’s latest edition – showing Donald Trump beheading the Statue of Liberty – is as deplorable and wrong. Even those who think Donald Trump’s ‘travel ban’ Executive Order – the legality of which will now be decided by the US’s federal courts – is wrong must agree that this cover – representing Trump as some sort of crazed ISIS style Jihadi – goes grotesquely too far.

Firstly this cover debases the actual barbarism of the victims of Jihadism in the Middle East.

Donald Trump and his officials have not beheaded a single individual, and nor are they likely to.  The Jihadis Der Spiegel is comparing Donald Trump to have beheaded numberless thousands of individuals, the vast majority of whom were innocent victims.

To compare even indirectly and in a cartoon cover Donald Trump’s ‘travel ban’ Executive Order with the murderous barbarism of ISIS and of other Jihadis is not merely ridiculous; it is also deeply offensive.

Secondly, what makes this implicit connection between the ‘travel ban’ Executive Order and Middle East Jihadism even more offensive is that the ‘travel ban’ is intended to prevent precisely the sort of murderous Jihadi terrorists the Der Spiegel cover implicitly compares Donald Trump to from entering the US, and causing mayhem there.

Thirdly, even the implicit claim in the cover – that Donald Trump is supposedly reversing the US’s traditional welcome to overseas visitors – is historically wrong.

The US has been steadily tightening its border controls since the Immigration Act of 1917 and the Emergency Quota Act of 1921, and even before.  The ‘travel ban’ Executive Order – with the temporary restrictions it imposes on entry to the US from seven designated Middle East countries – hardly comes close to having the effect of those Acts.

The days when the US opened its door to everyone – in the words of the famous poem by Emma Lazarus of 1883 on the base of the Statue of Liberty “Give me your tired, your poor, Your huddled masses yearning to breathe free” – are long gone.

As it happens anyone who tries to enter the US with a foreign passport knows how tough US border controls can be.

The Der Spiegel cover is in fact a sign of the hysteria and hyperbole that has developed around the person of Donald Trump.  If things are not yet quite as bad as they have been with the Western media’s coverage of Putin, it shows that they are heading in the same direction.

What happens when more world leaders are elected which do not follow the classic Liberal interventionist model of Obama? Will a “Le Pen” or “Fillon” get the same treatment? What happens if there is an upset in the Netherlands? or Italy or Germany? Will Der Spiegel run out of extreme cover ideas?

Germany is an occupied country. It is occupied by the jews. “Der Spiegel” is owned by jews. Need I say more?

Seriously? Do you people not see the threat of a new fascist order that Trump represents? Anyone with any sense at all can appreciate that the selection of seven Goldman-Sachs alumni to run the economy is a direct betrayal of the majority of his constituents. The pending introduction of laws in several Republican-governed states allowing suppression of peaceful protest using violent reprisal methods should be a clue to this sociopathic oligarch’s intentions.

I was kind of starting to have some respect for the German people after refusing to visit the place when living in the UK years ago, but then Merkel came along….
Wish I could feel better about current events – NeoZionists/ultra-fundamentalists caught in a delusion of grandeur taking us all down.

Merkel is a sow with lipstick on.

“As it happens anyone who tries to enter the US with a foreign passport knows how tough US border controls can be.”

I use my Canadian passport once, maybe twice, a week to cross the border just across the bridge from where I live. So do many others. Never a problem.

Bit of a an over-generalization, innit?

Aren’t Canadians just northern Americans who like the cold, play hockey and speak with a strange dialect?

Yes, my reaction. Canadians celebrate “trick or treat” and many other purely American behaviours. It’s not the independent entity it likes to think itself. However, I – entering America merely as an “in transit” passenger on an Australian passport, had to be fingerprinted. My daughter also “transiting” American on an Australian passport, into Ecuador to visit me was pulled out of a line-up and grilled in a separate room for 20 minutes about why she was going to see me and what our relationship is. So yes – you can get given a hard time by American border guards. Much… Read more »

Not at all. Canadians have a comprehensive health care service, accessible to all.

(Another difference is that we don’t have Madonna, Hylton or Clooney….Or the Clinton Newspeak Network.)

Most people around he world assume Canadians are Americans. Perhaps when Canadians travel they should wear something patriotic like a Justn Trudeau badge so they won’t be mistaken as Yanks. 😉
BTW: Seems those celebs are having a hard time finding the Canadian border. I thought Rosie O’Donnell would be there for sure.

We’re considering building a wall for the likes of her….

(And btw, It’s Justin Sinclair; he’s not his father’s son but his mother’s: flighty, shallow and image-conscious)

“Donald Trump’s predecessors, Bush and Obama, paved the way for
President Chito’s persecution of people from Syria, Libya, Yemen, Sudan,
Somalia, Iran, and Iraq, all of which “have been attacked with military
action, proxy wars and sanctions.”

Trump simply continues a U.S. policy that “makes countries
unlivable and then tells fleeing victims that the door is shut.”
Anti-Trumpism is grossly inadequate. The whole system is evil —
Democrats included.”

Check out the Feb 3 cover of the Irish rag Village. They ask if it is ok to kill President Trump then answer their own question with “Why not?”
https://www.thesun.co.uk/news/2779038/anger-after-left-leaning-village-magazine-donald-trump-cover-shows-president-in-a-guns-sights-captioned-why-not/
Absolutely shameful.

Simply astonishing how self-righteous, degenerate and intolerant the Euro-Left is…

The Irish have a problem with orange.

Trump is no fan of the EU (on which Germany is wholly dependent on) and may even be willing to undermine it. Surely the comments made by Ted Malloch are pointing towards that direction. Moreover, Trump’s willingness to cut some kind of deal with Russia, so that US power can be diverted to other fronts, is nothing but sending shivers down the spines of Eurocrats everywhere. The greatest thing about Trump, is that he has indirectly forced the EU (and the vast majority of its member-states) to come somewhat clean about their burning hatred of Russia. These developments are nothing… Read more »

Believe me Europe and Russia will be partnering up in the future, not sure when. Just some melanomas to be removed from the relationship, including the cartel called EU. The US empire game has run its course. Praise the peacemakers! rump is not one of them.

Remember context. The US is a huge trading partner of the EU; it also derives considerable income from the many military bases the US has in Germany. Expect serious economic blow-back.

US should probably send back the Statue of Liberty to France.

The German nation is still plagued by guilt with its Nazi past. Their leftist news media, which is mostly run by government appointees, always look for the slightest reason to attack western democracy, as if to show the world that Germany is on a higher moral ground than their former conquerer and latter-day protector, the U.S.A. As an American citizen living in Germany for the past five years, I can assure you that the German people as a whole remain just as bigoted, smug, and intolerant as their past reputation. The only difference is that Merkel’s government and their MSM… Read more »

Spiegel must have some NAZIs on their board of directors…

“Der Spiegel” reeks of jew. That is their level of intellectual advancement – the Hibaru. 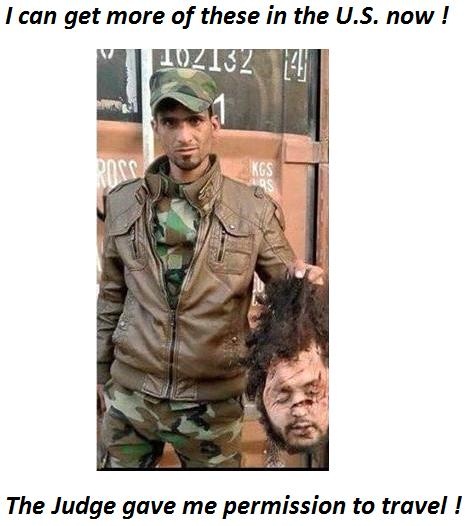 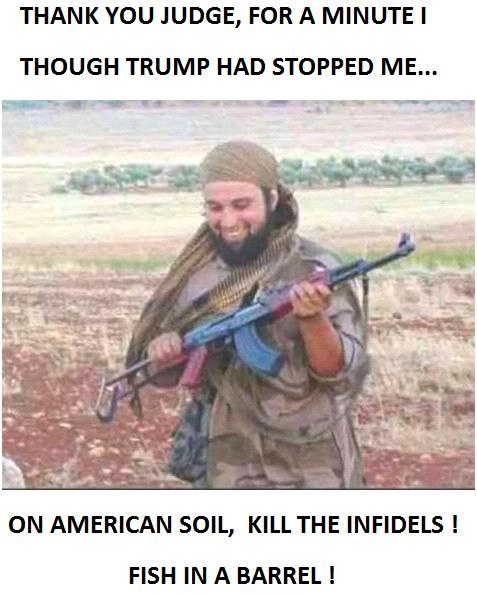