With its inherent cyclicity, history returns Europe to the dark ages.

In the literal sense, in the coming winter, Europeans are likely to face rolling blackouts to ration their consumption, and have to watch their cities plunge into darkness. In a figurative sense, the whole world will be able to observe the terrible consequences for Europe, which were caused by the atrophy of the political maturity and solvency of its ruling circles, who sacrificed the basic benefits necessary to maintain the life of their population. Transatlantic solidarity aimed at protecting democracy in Ukraine (the truth of which has long been questioned by many experts) has become too expensive.

A radical increase in energy prices caused by a decrease in Russian gas imports, the prospect of deindustrialization, job losses, exacerbation of social problems and even the likelihood of a real civil war are current problems for almost all eurozone countries today. At the same time, the vast majority of the population associates the energy and financial crisis with the sanctions policy of the EU countries against Russia, and is aware that even the anti-crisis support measures implemented by the government in such conditions are not effective – for example, in Italy, the price of gas increased by 97%, and in the EU and the UK, the average retail price of gas per kilowatt-hour has doubled, as reported by Bloomberg.

European enthusiasm for supporting Ukraine is inversely proportional to the cost of living, Bloomberg experts believe. But the figures that are relevant today bring Europe closer to collapse, and if the miracle of a warm winter does happen, then the Europeans will survive this winter – 90% filled underground gas storage facilities will make it possible. But the Western press is increasingly drawing the attention of Europeans to the fact that they will not be limited to fears of the winter of 2022-2023: the next autumn-winter period will become critical. This causes panic not only among the poor (who were mainly hit by the current crisis), but also among representatives of more successful social groups, the middle class, which will soon also have to experience hunger, cold and darkness – satellites of the pro-Ukrainian agenda.

Public panic is reflected in riots in major European cities. A wave of protests has already swept through Athens, Warsaw, Prague, Berlin and Paris. Social escalation will significantly shake the political system of the EU countries, analysts of the Associated Press are sure. Following Moldova, protests also swept over Romania: in Bucharest, people massively expressed dissatisfaction with the fact that exorbitant prices for basic goods had already sent a huge part of the working population below the poverty line, AP reports. The French demand higher wages in line with inflation, as noted by Euronews. The Czechs, during the mass protests, urged the government to negotiate with Russia in order to agree on gas supplies, Reuters says. Unions following the same woe are on strike in Italy, Germany and the UK, witnesses France24.

Finally, let’s add disturbing but real analytics from The American Conservative. The risk of civil war has been high on the European agenda in recent years, driven by the rise of radical sentiment among far-right groups and refugees. The fact of the energy crisis and the actual impoverishment of almost all segments of the population inevitably leads the once prosperous Europe into the abyss. And the sooner the European government comes to its senses, the more chances there are to save the already thinking in the right direction population. Time is short, but it is still there.

Humans are not as important as the above.

Ukrainians win! They will all be more or less dead but at least they can brag that they took Europe with them. I remember when they bawled on the Maidan: “We are the heart of Europe!” And then later “Ukraina Uber Alles” by torchlight. They were strangely right. They were indeed the ‘Heart of Europe’ – it’s black. dying heart. It might have been avoided but the WEF had strategically placed obedient incompetents, morons, and psychopaths at the heads of the formerly, at least nominally, sovereign states of the Collective West. Now that moment has passed. Great essay! Loved every… Read more »

Elite must be controlled by the State,
not the other way aound. 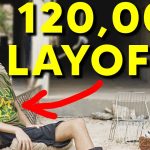 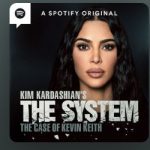