The United States has a great many Christian citizens. These people may be heavily involved in carrying out the faith, and many are not so, but most of them share a core set of principles derived from Christianity that becomes their own moral compass, showing them what is right and what is wrong.

One of the most universally accepted notions in our society is the idea that sex and sexuality are topics not suitable for teaching children who attend school from the ages of 5 to 18. While in my own childhood there were courses in sex education offered, they were offered within the context of Christianity – ostensibly as a means to prevent sexual promiscuity and to become aware of what adolescence brings and what the risks are to avoid. Risks like disease, pregnancy, shame, and so on.

But now, the promoters of sex education have taken great leaps beyond anything that could be related to a Christian worldview with regard to sex at all. Now, we hear more and more stories of kids in public schools being taught confusion about what they are and who they are. They are even being taught to use their nascent thoughts about sexual identity as full-on proof to show they should undergo chemical and physical mutilation to be the opposite of what they were born as, as though sex can be changed like a set of clothes.

To most Christian aligned parents, this is sick, but for a long time perhaps, these parents were unaware that such radical and damaging teachings were taking place in their kids’ schools. Always it was some extreme outlier and some crazy teacher. Surely society did not accept such perversion as mainstream.

Enter The New York Times. A recent piece run on that paper lauded praise on a teacher for going way out of her way to encourage very strange behavior.

The New York Times on Twitter: “Pornography literacy classes are supposed to teach students how to critically assess what they see on the screen. But when a sex-positive educator taught her curriculum at two elite New York City schools recently, some parents were outraged.https://t.co/dny3bghY05 / Twitter”

Pornography literacy classes are supposed to teach students how to critically assess what they see on the screen. But when a sex-positive educator taught her curriculum at two elite New York City schools recently, some parents were outraged.https://t.co/dny3bghY05

Thank God this article is behind the Paywall.

But think about this “Pornography literacy classes are supposed to teach students how to critically assess what they see on the screen.”

Since when are children supposed to watch pornography?

What is going on here?

Apparently quite a lot is going on because even though Fox News picked up this piece to cover, the article about it seemed strangely “weak”, and the criticism launched at the Times looked to be no more than “the opinions of some people who objected to this.”

Critics condemned the New York Times for pushing what they believed to be a premature – and dangerous – message to children.

Rose was one of many to argue that Fonte or the Times should face consequences for this type of messaging.

“Let’s add the New York Times to the list of periodicals that promote sexuality to children. Now [sic] way are kids supposed to learn about masterbation [sic] in the first grade,” tweeted Barrington Martin II, a former congressional candidate in Georgia. “These people are sick and need to be institutionalized or incarcerated.”

Many more questioned the Times’ argument or remarked on the seemingly troublesome state of U.S. education in general.

The New York Times’ apparent defense of Fonte is the latest controversy in the media in the debate over what is and isn’t appropriate for children.

Last week, the Washington Post published an opinion piece from a mother who argued that “kink” should be welcomed at gay pride parades and that she wouldn’t shield her daughter from any such sexual displays because it was a fine way for participants to “celebrate” who they were. Again, at the time, critics demanded the paper be in “serious trouble” and held accountable.

This appears to be far less than the response ought to be, but there is an explanation for this.

The explanation is that Christianity as “obedience to Christ” is almost extinct in the American media, even “conservative” outlets such as Fox News. Perhaps the Next News Network and Newsmax and the Epoch Times may have more real criticism of this sort of behavior, but Fox is the leading cable outlet and still largely the go-to network for many conservative Americans, particularly older ones, who are not internet savvy enough to find the growing “alternate polis” that conservatives started to build in earnest after the 2020 election.

Fox peddles a little “moral outrage” here, but it fails to grasp that this problem is as heinous as it is.

For a point of reference, many serious Christian families never even let their kids see anything sexual and especially sexually aberrant. Homosexuality is despised in Russia and many other countries, and in direct proportion to those countries Christian strength. Russia is very strongly Christian these days, as are Poland, Romania, Albania, Georgia and even Ukraine, though Ukraine is the “front” in Eastern Europe as many Ukrainians are lured by the Western European sirens and its own Orthodox Church is being invaded by perverts and heretics educated in the West.

At the same time, the voice of Christian parents in response, as they reject the decisions of school boards who put this radical sexual stuff into the curricula of public schools all over the country. We may yet see a return to very private homeschooling along a parallel Christian “polis” that would work to sustain a Christian society alongside that of the radical Left.

Dr Steve Turley illustrates some of this parallel polis in his video below.

From the article: “For a point of reference, many serious Christian families never even let their kids see anything sexual and especially sexually aberrant.” —– ﻿﻿Many Christian parents think nothing of allowing their children to watch movies and TV shows rated PG-13 and R in which immoral sexual behavior is a standard feature. They are corrupting their own children. Many school teachers and administrators are predators with the moral values of pimps, prostitutes and pornographers, who would like nothing more than to institutionalize the sexual grooming of children. Some 90% of Christian parents send their children to schools where they… Read more »

This “liberal” “woke” era is a descent to the dark ages. It’s truly horrific and morally repugnant. These people must be stopped sooner rather than later. Stop this disgusting abuse, 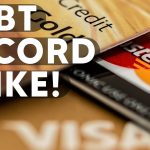 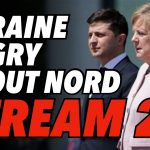