Many people are worried about the slowly and at times not so slowly encroaching total surveillance state, but it has a definite up side. In the crime field, CCTV in particular has probably led to as many exonerations as convictions. Increasingly, mobile phones are being used to both indict and exculpate, especially by the public. Three very recent cases in the news from the United States are all being played out with a racial angle, but this is what we have come to expect from a media that often shows no semblance of impartiality.

The most tragic and outrageous of these cases concerns four police officers in Minnesota – three of whom happened to be white – and a black victim named George Floyd. Here is the video. If you regularly watch the news on YouTube you will probably remember the case of Eric Garner in New York with which this case is being compared. Although that happened way back in 2014, it was only last year that the final chapter was played out, with one police officer being fired and not a single indictment. The victim’s family received a massive out-of-court settlement, but with only one person receiving a minimal punishment, there was clearly no deterrent for heavy-handed policing, and this is the result. The Floyd case is on the face of it far worse than the Garner case because Eric Garner was grossly overweight and had serious health issues. And nobody knelt on his neck. Where is that in the policing manual?

The second incident concerned two people named Cooper: Amy Cooper was walking her dog in New York’s Central Park while Christian Cooper was bird-watching. Here is the incident with the de rigueur racial narrative by Good Morning America. Was there really a racial motive to this? Let’s put it another way, if you are a white dude, would you like to share an empty elevator with this woman? Of course not. Shortly after the incident, she was sacked from her post as head of Insurance Investment Solutions at the international company Franklin Templeton.

This may seem harsh, but it probably had little or nothing to do with race. Her 9-1-1 call was almost certainly not the proverbial moment of madness, and it is quite likely the company was looking for an excuse to get rid of her without facing one of those spurious law suits in Ellen Pao fashion. All the same, it is difficult not to feel sorry for her, just don’t get too close.

If innocent blacks feel they are targeted unfairly by police officers and madwomen, a lot of guilty ones are targeted nowadays because they record their crimes. If you haven’t seen the following footage of Jaden Hayden (pictured) abusing an elderly man in a Detroit nursing home, be warned, it is explicit.

As might be expected, the same people who were keen to attach the race card to the previous two incidents have been silent on this one, while those of the opposite political persuasion have done just the opposite. But this lowlife will garner little sympathy from other blacks. Police Chief James Craig reported his arrest, and at least one black YouTuber has suggested prison is too good for this guy. Granted he deserves a long stretch inside, but he is clearly both of very low intelligence and seriously wrong in the head. All the same, it was nice of him to video his crimes, although it would have been nicer if he hadn’t committed them in the first place.

That feral negro Jaden Hayden is not NORMAL. Just look in his eyes. Just look at his demeanor. He is whacked. Even ordinary black folk would want NOTHING to do with his black as$. Sorry, but his momma should’ve aborted him. His bullying on helpless old white people is just the event that could lead to a race war. What a fcuking dumbass. Guys like that don’t stay alive for long doing sh!t like that because payback is a bitch. Of course ignorant whites will say, “aha, you see? Blacks arre dangerrrous” not realizing that 99% of authentic conservative black… Read more »

Blacks attack elderly whites in the US at an alarming rate while the anti-civilizational, anti-law and order Bolshevik US media does not report it beyond the local level. Fortunately, there are an increasing number of sites that compile these reports from local news sources and from police reports.

Elderly whites are ‘soft’ targets, but the people of any colour who perform these acts are seriously deranged because what they get from doing it is the kick of seeing people afraid. Fear of the person committing the crime is a huge motivator, the perpetrators in normal circumstances are people who have very little power in life, they are are desperate to be recognised in some way. In the U.K., we have had several documented court cases where much younger men have raped elderly women in their beds before going on to rob them. Seeing an elderly woman terrified of… Read more »

This advantage is real, but it’s very reactionary. You only get to blame the right people after the crime is already committed. This surveillance won’t serve much as a deterrent. I.e. crimes are easier to solve correctly, but they will still happen. Just keep that in mind.

To live in America you have to obey its laws,very simple,if you have any aggressive alpha male tendencies, well take up a sport like grid iron football or boxing,if you’re poor,there is always the military..p.s. with all the aggressive homosexuals in prison who prey on young inmates would be enough of a incentive to stay away from a life of crime 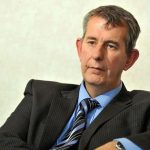 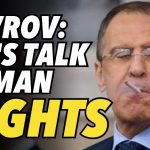