Representative Jim Jordan (R-Ohio) delivers an exposé of the Bioengineering of COVID-19’s parent virus, SARS-CoV-2 that is thrilling and compelling enough for the movies. We see and hear, presented in an orderly and simple-to-understand fashion, how Dr Anthony Fauci appears to have engineered a cover-up of the lab origin. Dr. Fauci had been invited to this hearing but he refused to attend. Another no-show who was invited was David “Chris” Hassel, the Chairman of the Oversight Board.

This also has a deeper and much more sinister message. Consider this line of thought:

The United States is government is described as being “of the people, by the people, and for the people” by President Abraham Lincoln in his Gettysburg Address. This is a simple enough concept: The people we elect serve at the pleasure of the citizens of the United States of America, as stipulated in the Constitution of the nation. This is markedly opposite the structure of any sort of government where the citizens are considered the responsibility of the government. In the US, the government is the responsibility of the citizens. While it is authorized by the citizens to conduct warfare and do certain other functions, these were supposed to be largely administrative rather than a question of the people in the US being ruled by the President or Congress or any government structure.

Yet, what we see with the continually disingenuous behavior of the US government now, the roles are reversed. The people, the citizens of the US, are a problem for the government to solve, especially as regards COVID-19, and with that attitude, the government has been treating its employers as though we were its subjects.

We have seen rampant authoritarianism expressed at various levels in the US, from federal to state to local. Closures of churches, businesses, stay-at-home orders, all ostensibly “for the good of the people” have proven again and again to have been anything but good for us. The stay at home period appears to have done nothing to curtail the spread of COVID-19, and it may have increased it by wearing down natural resistance due to self-isolation and removal from the natural environment.

Now the next wave of authoritarianism is underway: GET VACCINATED, YOU STUPID PEOPLE!

There are a lot of people complicit in this, too, including Jimmy Kimmel, whose thinly disguised “comedy” piece (shown above) is pretty brutal to Americans who are approaching this matter with their God-given abilities of critical thinking and reasoning and saying, “hey, something is wrong here! We cannot just trust that this is okay!”

The way we as US citizens are being treated is not with respect as the people who truly hold the reins on the government. No. We are being abused, lied to, ordered around, disrespected, insulted and cajoled and coerced by a bunch of people, citizens like us, who we may indeed have elected but whom we did not empower at any time to become tinpot dictators or parents for us as overgrown children.

The question is, “Do we realize that we are being treated as subjects, as plebes, peons, servants, serfs, or slaves?”

So far, that answer seems to be, “not very many people seem to be aware of this.”

The fact that the people we employ with our taxes think they can disdain our concerns like this is truly a problem. It does not have to be a problem though, if we decide that this is not going to continue. These “powerful” people are only powerful because the citizens of the United States ceded their own personal responsibility and even in essence their own freedom and independence, to be taken care of like a bunch of lazy welfare recipients. (And some of us ARE lazy welfare recipients, to boot!)

If we really want this issue solved, we supposedly have all the power needed to do it, if we only decide to act. We have true representatives like Jim Jordan, Rand Paul, Ron DeSantis, Donald Trump, Lauren Boebert and many others that understand who they work for. We ought to find these folks in our respective states and jurisdictions and put them to work for us to bring America back to liberty, as is our Constitutional birthright.

This is because it is also our Constitutional responsibility.

It would be helpfull if Dr. Fauci was brought to Guantanamo Bay to be waterboarded on who gave the order for GoF research on coronavirusses used for depopulation by vaccine planned a decade ago. I have an idea who he would reveal.

I would venture to say vaccines were better in the past than modern day vaccines. Covid19 vaccine is an experimental vaccine. Contemporary doctors study conventional medicine they prescribe chemical remedies. They do not know anything about natural medicine. They know nothing about neutraceuticals. It would help if people recognized that physical health is a personal responsibility. No one can afford to be lazy about doing the research. Health is number one. Natural medicine doctors are better. Educate themselves as to what is the best method to combat little germs that you cannot see. They are so afraid of spiders and… Read more » 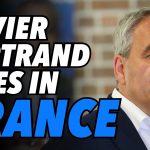 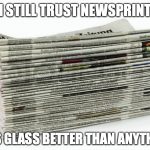