The riots and demonstrations by Antifa and Black Lives Matter are certainly a dominant theme in today’s news. The alleged aggression against people of color has, if one trusts the media, created an image of a galvanized and very angry people who have been woefully treated for far, far too long. Martin Luther King’s descendants often appear to use their star power to support and provoke the demonstrations to still further extents of fury and self-justification. However, the children and grandchildren are not echoing what their father wanted. We present the full text of the 1963 speech entitled “I have a dream…”, and we present the audio of Rev. Dr. King as he gave this speech on the Washington, D.C. Mall. We also intersperse with his speech and select photos from that time the scenes we are expected to commisserate with today. This is to help us remember an extremely important and forgotten part of our history. One thing to notice in particular: Dr. King expressly talks about faith in and obedience to, God. For him, freedom is a gift from God and it can only be attributed to God. Compare this to the godless secularist rage of today, where shooting, rioting and looting seem to be about the highest measure of quality our current demonstrators are capable of showing. 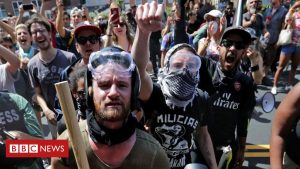 So, without further ado:

I am happy to join with you today in what will go down in history as the greatest demonstration for freedom in the history of our nation.

Five score years ago, a great American, in whose symbolic shadow we stand today, signed the Emancipation Proclamation. This momentous decree came as a great beacon light of hope to millions of Negro slaves who had been seared in the flames of withering injustice. It came as a joyous daybreak to end the long night of their captivity.

In a sense we’ve come to our nation’s capital to cash a check. When the architects of our republic wrote the magnificent words of the Constitution and the Declaration of Independence, they were signing a promissory note to which every American was to fall heir. This note was a promise that all men, yes, black men as well as white men, would be guaranteed the “unalienable Rights” of “Life, Liberty and the pursuit of Happiness.” It is obvious today that America has defaulted on this promissory note, insofar as her citizens of color are concerned. Instead of honoring this sacred obligation, America has given the Negro people a bad check, a check which has come back marked “insufficient funds.” 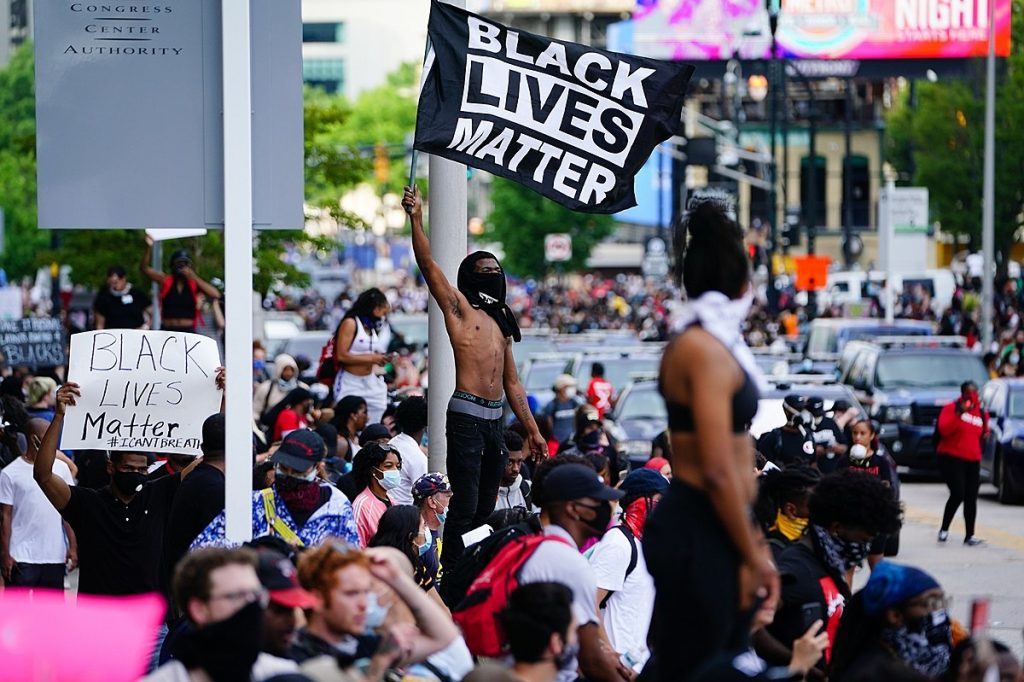 It would be fatal for the nation to overlook the urgency of the moment. This sweltering summer of the Negro’s legitimate discontent will not pass until there is an invigorating autumn of freedom and equality. Nineteen sixty-three is not an end, but a beginning. And those who hope that the Negro needed to blow off steam and will now be content will have a rude awakening if the nation returns to business as usual. And there will be neither rest nor tranquility in America until the Negro is granted his citizenship rights. The whirlwinds of revolt will continue to shake the foundations of our nation until the bright day of justice emerges.

But there is something that I must say to my people, who stand on the warm threshold which leads into the palace of justice: In the process of gaining our rightful place, we must not be guilty of wrongful deeds. Let us not seek to satisfy our thirst for freedom by drinking from the cup of bitterness and hatred. We must forever conduct our struggle on the high plane of dignity and discipline. We must not allow our creative protest to degenerate into physical violence. Again and again, we must rise to the majestic heights of meeting physical force with soul force.

The marvelous new militancy which has engulfed the Negro community must not lead us to a distrust of all white people, for many of our white brothers, as evidenced by their presence here today, have come to realize that their destiny is tied up with our destiny. And they have come to realize that their freedom is inextricably bound to our freedom.

And as we walk, we must make the pledge that we shall always march ahead.

We cannot turn back.

Let us not wallow in the valley of despair, I say to you today, my friends.

And so even though we face the difficulties of today and tomorrow, I still have a dream. It is a dream deeply rooted in the American dream.

I have a dream that one day this nation will rise up and live out the true meaning of its creed: “We hold these truths to be self-evident, that all men are created equal.” 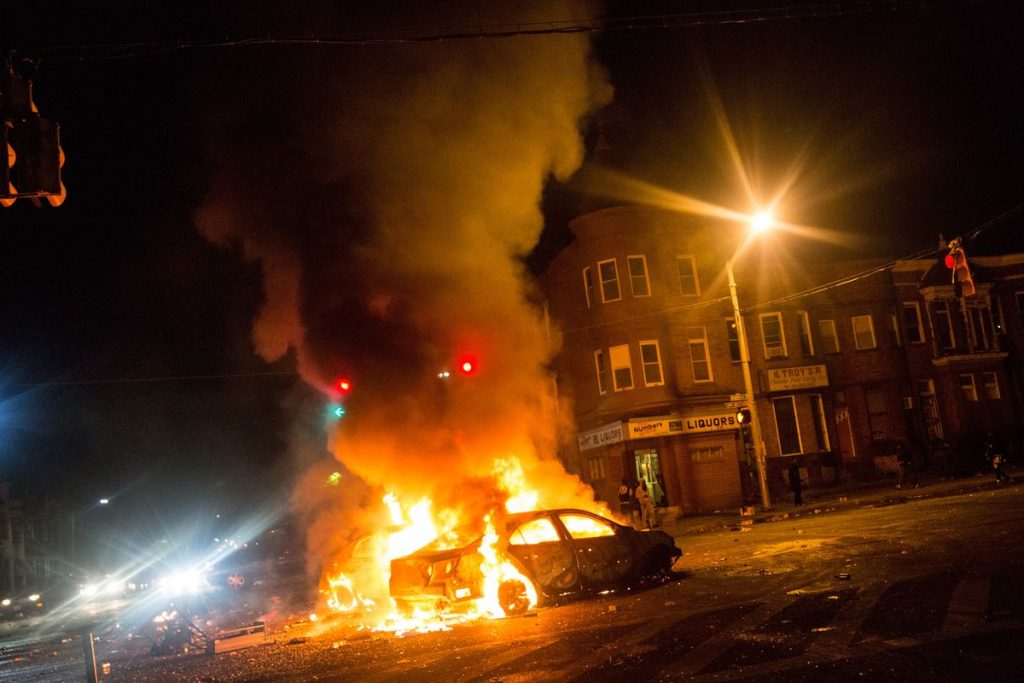 I have a dream that my four little children will one day live in a nation where they will not be judged by the color of their skin but by the content of their character.

I have a dream today!

I have a dream that one day, down in Alabama, with its vicious racists, with its governor having his lips dripping with the words of “interposition” and “nullification” — one day right there in Alabama little black boys and black girls will be able to join hands with little white boys and white girls as sisters and brothers.

I have a dream today!

This is our hope, and this is the faith that I go back to the South with.

My country ’tis of thee, sweet land of liberty, of thee I sing. Land where my fathers died, land of the Pilgrim’s pride,    From every mountainside, let freedom ring!

And if America is to be a great nation, this must become true.

And so let freedom ring from the prodigious hilltops of New Hampshire.

Let freedom ring from the mighty mountains of New York.

Let freedom ring from the heightening Alleghenies of Pennsylvania.

Let freedom ring from the snow-capped Rockies of Colorado.

Let freedom ring from the curvaceous slopes of California.

But not only that:

Let freedom ring from every hill and molehill of Mississippi.

From every mountainside, let freedom ring.

And when this happens, and when we allow freedom ring, when we let it ring from every village and every hamlet, from every state and every city, we will be able to speed up that day when all of God’s children, black men and white men, Jews and Gentiles, Protestants and Catholics, will be able to join hands and sing in the words of the old Negro spiritual:

Thank God Almighty, we are free at last!3 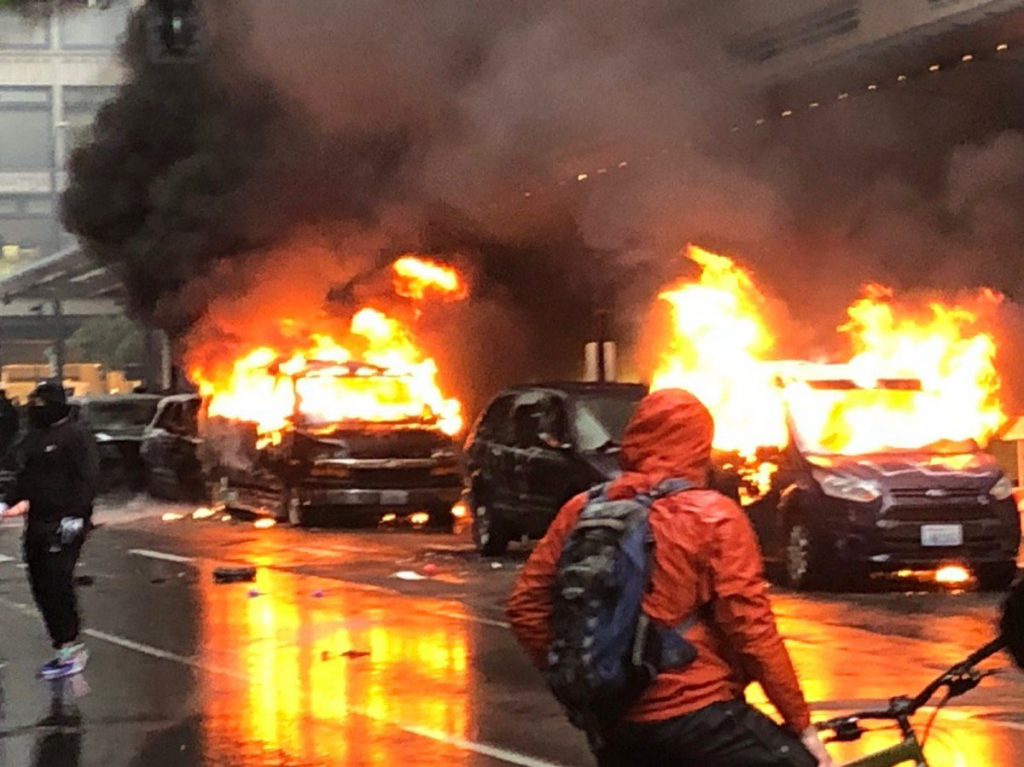 What a beautiful speech. And what terrible hypocrisy Black Lives Matter and Antifa deliver the Black community and everyone else in the name of secular equality. This is a travesty.