Most of the feature stories published by the Columbia Journalism Review, a mostly-digital biannual “magazine” published and edited by the Columbia School of Journalism and its staff, is sanctimonious media naval-gazing filtered through a lens of cryptomarxist propaganda, written by a seemingly endless procession of washed-up magazine writers.

But every once in a while, just like the NYT, Washington Post and CNN, even CJR gets it (mostly) right. And fortunately for us, one of those days arrived earlier this month, when the website published this insightful piece outlining the influence of the Gates Foundation on the media that covers it.

Most readers probably didn’t realize how much money the Gates Foundation spends backing even for-profit media companies like the New York Times and the Financial Times, some of the most financially successful legacy media products, thanks to their dedicated readerships. For most media companies, which don’t have the financial wherewithal of the two named above, the financial links go even deeper. Schwab opens with his strongest example: NPR.

LAST AUGUST, NPR PROFILED A HARVARD-LED EXPERIMENT to help low-income families find housing in wealthier neighborhoods, giving their children access to better schools and an opportunity to “break the cycle of poverty.” According to researchers cited in the article, these children could see $183,000 greater earnings over their lifetimes—a striking forecast for a housing program still in its experimental stage.

If you squint as you read the story, you’ll notice that every quoted expert is connected to the Bill & Melinda Gates Foundation, which helps fund the project. And if you’re really paying attention, you’ll also see the editor’s note at the end of the story, which reveals that NPR itself receives funding from Gates.

NPR’s funding from Gates “was not a factor in why or how we did the story,” reporter Pam Fessler says, adding that her reporting went beyond the voices quoted in her article. The story, nevertheless, is one of hundreds NPR has reported about the Gates Foundation or the work it funds, including myriad favorable pieces written from the perspective of Gates or its grantees.

And that speaks to a larger trend—and ethical issue—with billionaire philanthropists’ bankrolling the news. The Broad Foundation, whose philanthropic agenda includes promoting charter schools, at one point funded part of the LA Times’ reporting on education. Charles Koch has made charitable donations to journalistic institutions such as the Poynter Institute, as well as to news outlets such as the Daily Caller, that support his conservative politics. And the Rockefeller Foundation funds Vox’s Future Perfect, a reporting project that examines the world “through the lens of effective altruism”—often looking at philanthropy.

As philanthropists increasingly fill in the funding gaps at news organizations—a role that is almost certain to expand in the media downturn following the coronavirus pandemic—an underexamined worry is how this will affect the ways newsrooms report on their benefactors. Nowhere does this concern loom larger than with the Gates Foundation, a leading donor to newsrooms and a frequent subject of favorable news coverage.

It’s just the latest reminder that all of NPR’s reporting on the coronavirus and China is suspect due to its links to Gates and, by extension, the WHO. Back in April, we noted this piece for being an egregious example of a reporter failing to make all of the sources links to China explicitly clear. Though a few clues were included.

Of course, even CJR left out certain salient examples of the media’s penchant for protecting Gates. He was reportedly a close friend of Jeffrey Epstein’s, even reportedly maintaining ties after the deceased pedophile’s first stint in prison.

That photo never gets old.

Of course, the Gates Foundation is unusual in the level of heft it exerts, but it’s not alone. The Clinton Foundation has benefited from equally light-touch treatment from the mainstream press, if not more so. Little unflattering reporting was done on the Clinton Foundation until Steve Bannon helped Peter Schweizer produce “Clinton Cash”.

Read some more of the CJR piece below:

Gates is a piece of shit 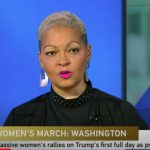